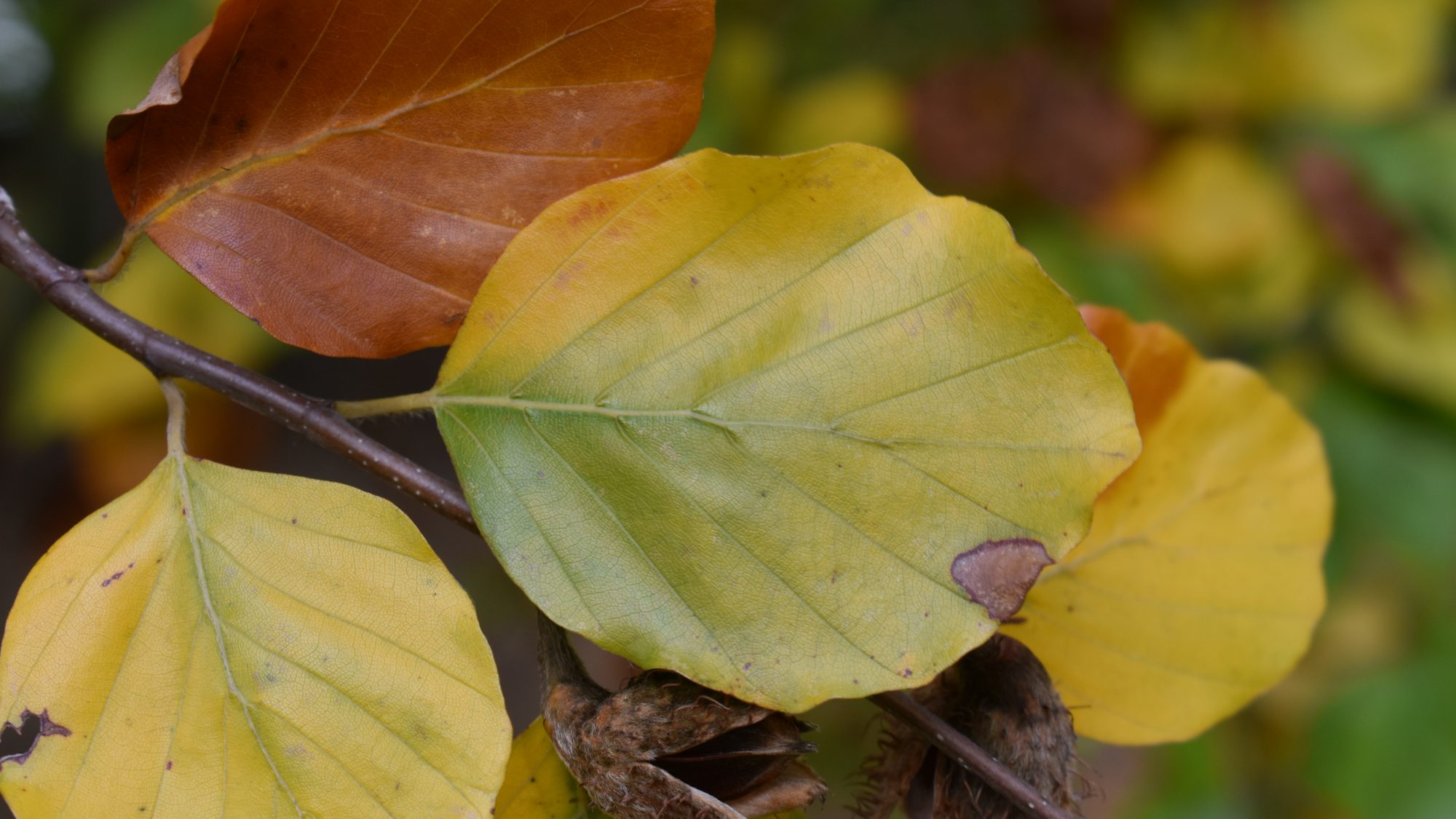 Situated on the Middle Walk this weeping form of the native beech is taking on autumnal hues.

The common beech, Fagus sylvatica, occurs throughout Europe, and is also a native of south-east England and south-east Wales, though it is naturalised in other areas of the United Kingdom. Belonging to the Fagaceae (beech and oak family) it is one of 10 species of Fagus, which naturally occur in temperate regions of the northern hemisphere. Reaching 30m in height this is an impressive species, having a smooth, grey trunk, lightly toothed or wavy-edged, ovate leaves, and woody, bristly husks which contain triangular nuts. In autumn the glossy foliage takes on yellow hues, and as these mature they dry to a golden brown. This specimen is a grafted tree in which a scion of the weeping form of F. sylvatica ‘Miltonensis’ has been grafted on to a root stock of the common F. sylvatica to produce this splendid weeping tree. The form ‘Miltonensis’ derived from a weeping beech found in the grounds of Milton Park, Northamptonshire, and first described in 1837.