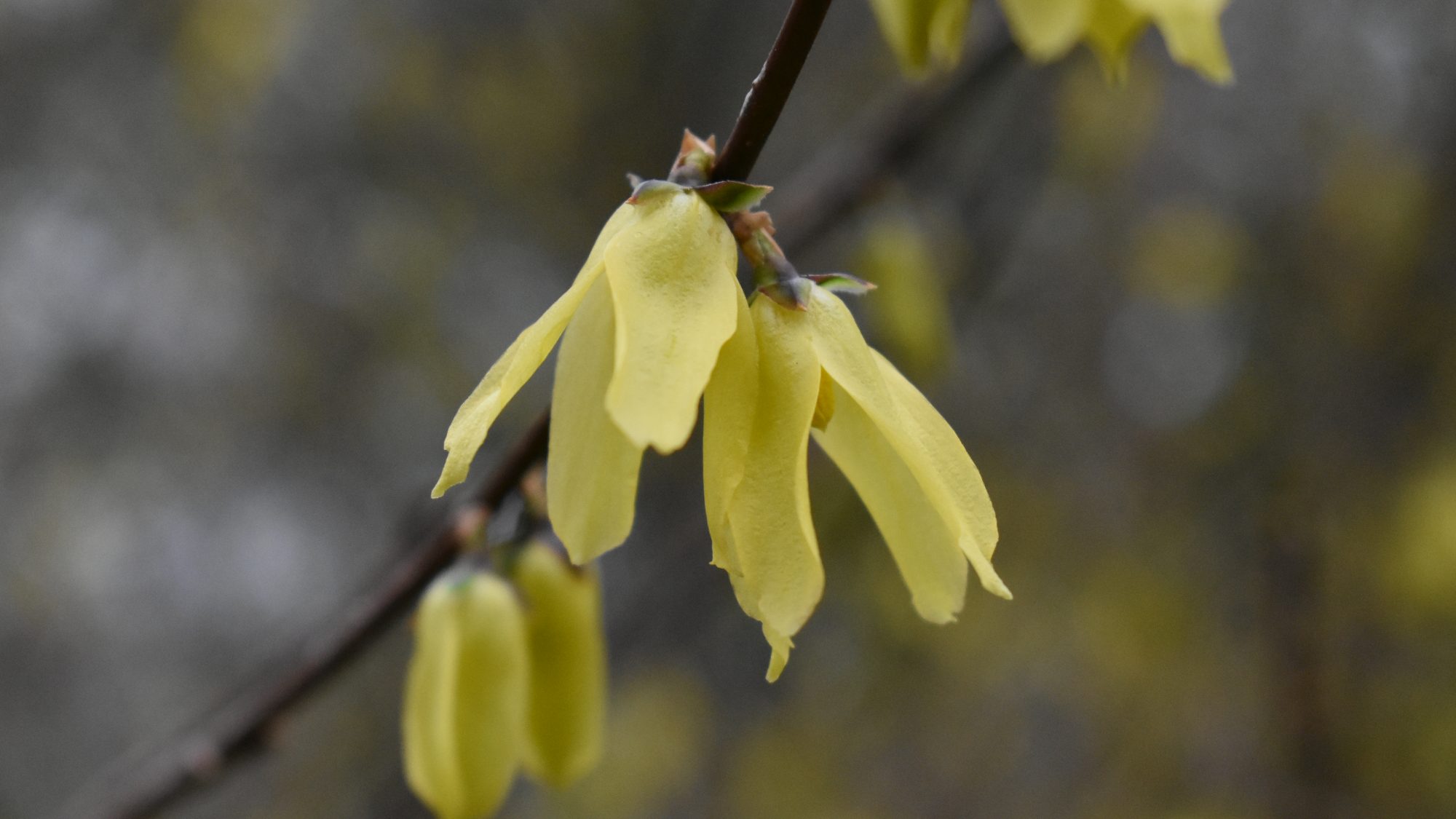 This cheering spring-flowering shrub can be seen growing in our Forsythia bed along the South Walk.

Many are familiar with the late winter – early spring flowering shrub Forsythia, the most commonly grown one being Forsythia x intermedia and its cultivars. The genus numbers some seven species of woodland shrubs, six of which are from eastern Asia, and the seventh from south-eastern Europe. Belonging to the olive family (Oleaceae) Forsythia have opposite leaves and four-petalled, usually pendent, yellow flowers, which are salverform (with petals joined to form a tube). The genus takes its name from William Forsyth, a founder of the Royal Horticultural Society, and this species honours the Italian missionary Giuseppe Giraldi, who collected material of it in Shensi province, China, in 1897. It was not, however, introduced into cultivation until 1914 when Reginald Farrer collected material in Gansu province. This species has solitary, pale yellow flowers and is amongst the first of the genus to flower.