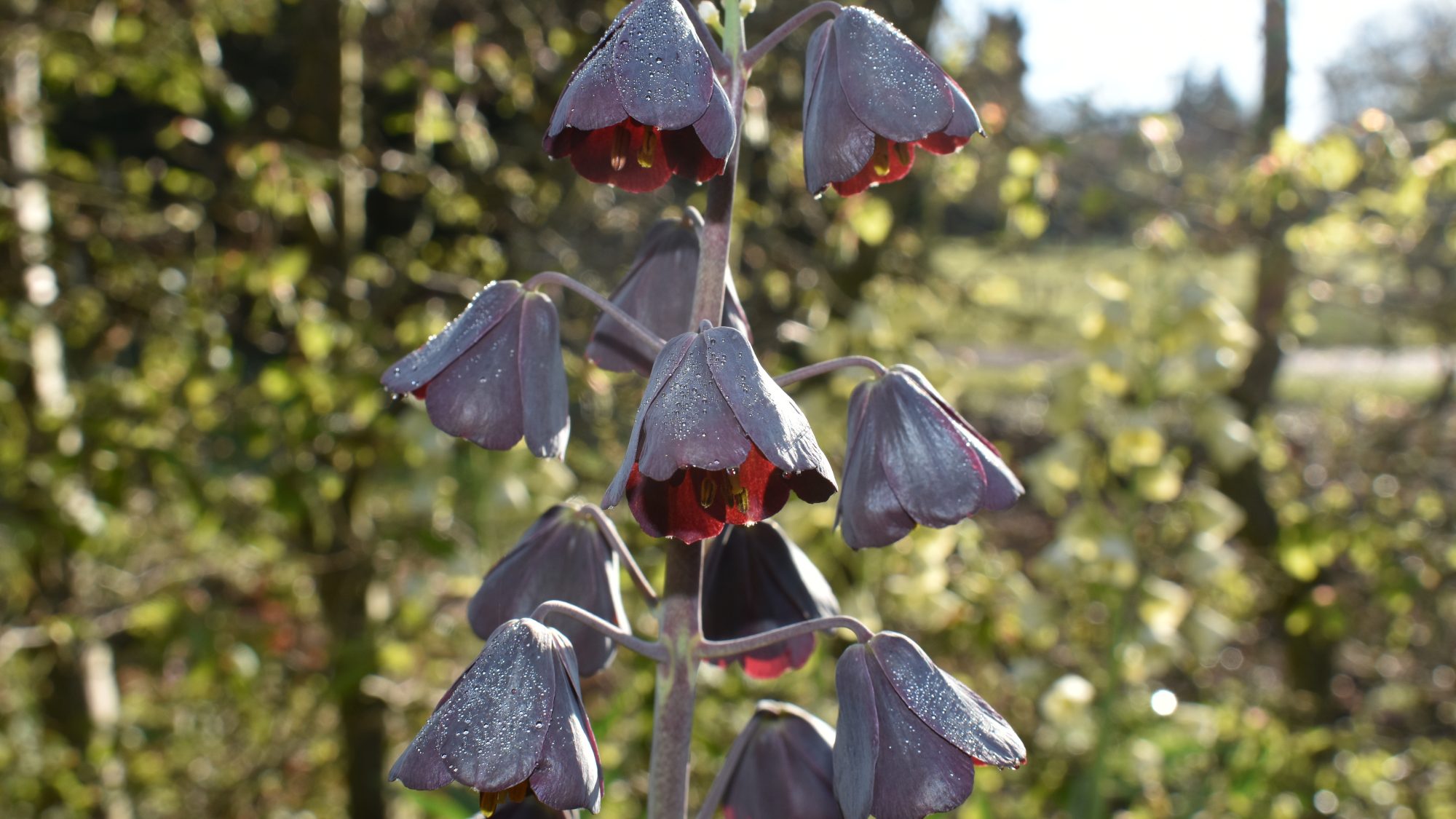 This charming bulbous species is throwing up flower spikes in the Dry Garden.

A native of southern Turkey, Iran and Israel, Fritillaria persica is a sturdy and distinct fritillary, growing to 1m in height. It is one of approximately 100 bulbous species belonging to the lily family (Liliaceae), and which occur in the Mediterranean, south west Asia and western North America. Originating from western Turkey, F. persica has erect stems clothed in alternate grey-green, glaucous leaves, and pendent, campanulate (bell-shaped) flowers held in an erect raceme. It is a variable species in colour, ranging from a sultry, deep maroon to a creamy-green.  The selection ‘Adiyaman’ is a free-flowering, brown-purple selection, reaching 1.5m in height and flourishing in fertile, well-drained soil and full sun.