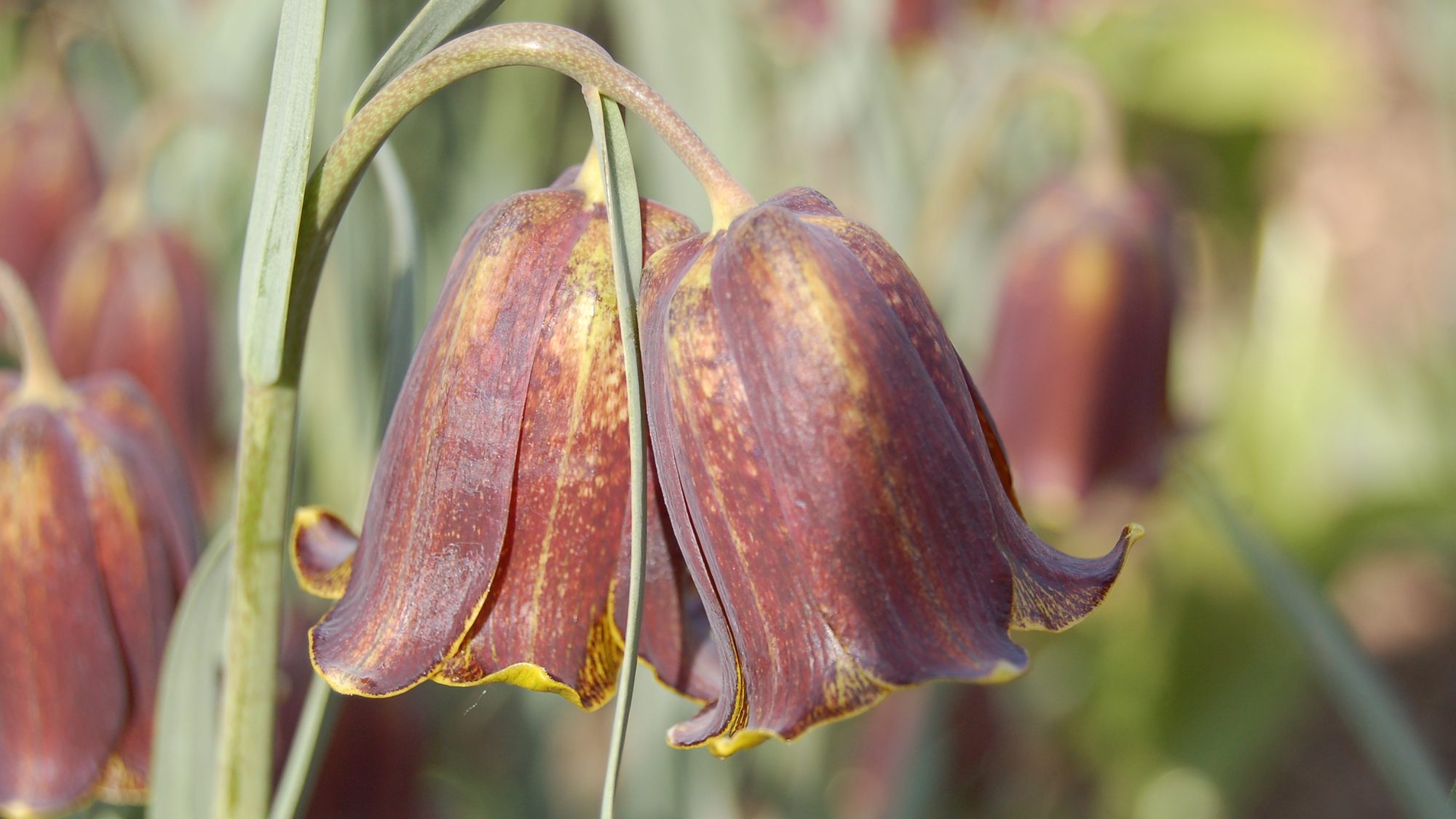 This charming fritillary is gracing the Systematic Beds with its nodding flowers.

A native of Spain and the Pyrenees Fritillaria pyrenaica is one of approximately 100 species of fritillary, which are distributed throughout Europe, south west Asia and western North America.  All are bulbous and have bell-shaped, tubular, or saucer-shaped flowers.  This species varies greatly in its colouring, though  the outer of the petals are usually a sombre purple-brown, while the inners are of a lighter colouring.  Some tessellation (chequered marking) can be seen on both the outer and the inner of the petals.  This marking is evident in many species of fritillary, and gives rise to the Latin name Fritillaria, which means dicebox, and refers to the resemblance of these markings to a games board.