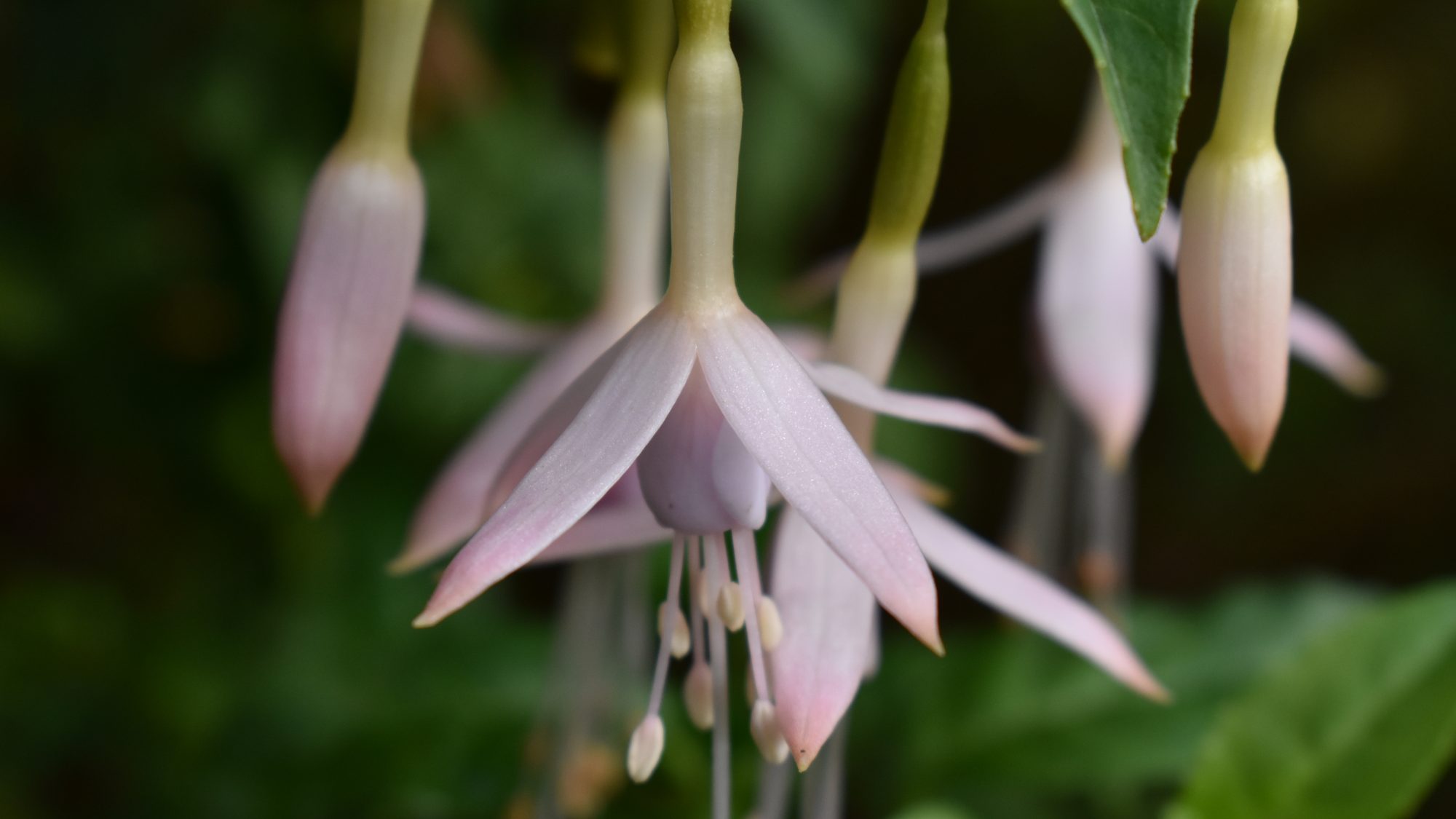 This shrubby species is producing an array of autumnal flowers on the Systematic Beds.

Belonging to the evening primrose family (Onagraceae) the genus Fuchsia contains approximately 100 species of trees and shrubs from Central and South America and New Zealand. These have been bred to produce over 8000 hybrids and cultivars, popular in cultivation. F. magellanica var. molinae is one of the hardiest species, originating from Chile where it grows in damp habitats, and reaches 3m in height. It was first collected by the French botanist Commerson in 1767 near the Straits of Magellan, hence the specific name. The varietal name molinae commemorates Juan Ignacio Molina, a writer of Chilean plants, 1740-1829.  As with all members of the genus this species has opposite leaves, and the flowers display the typically pendent habit and have a distinct perianth tube topped with four to eight spreading sepals. The straight species F. magellanica has red perianth tubes and sepals, and a contrasting purple corolla. In F. magellanica var. molinae the delicate pendent flowers have a pale pink corolla and a paler perianth and sepals. Both forms are pollinated by hummingbirds in their native Chile.