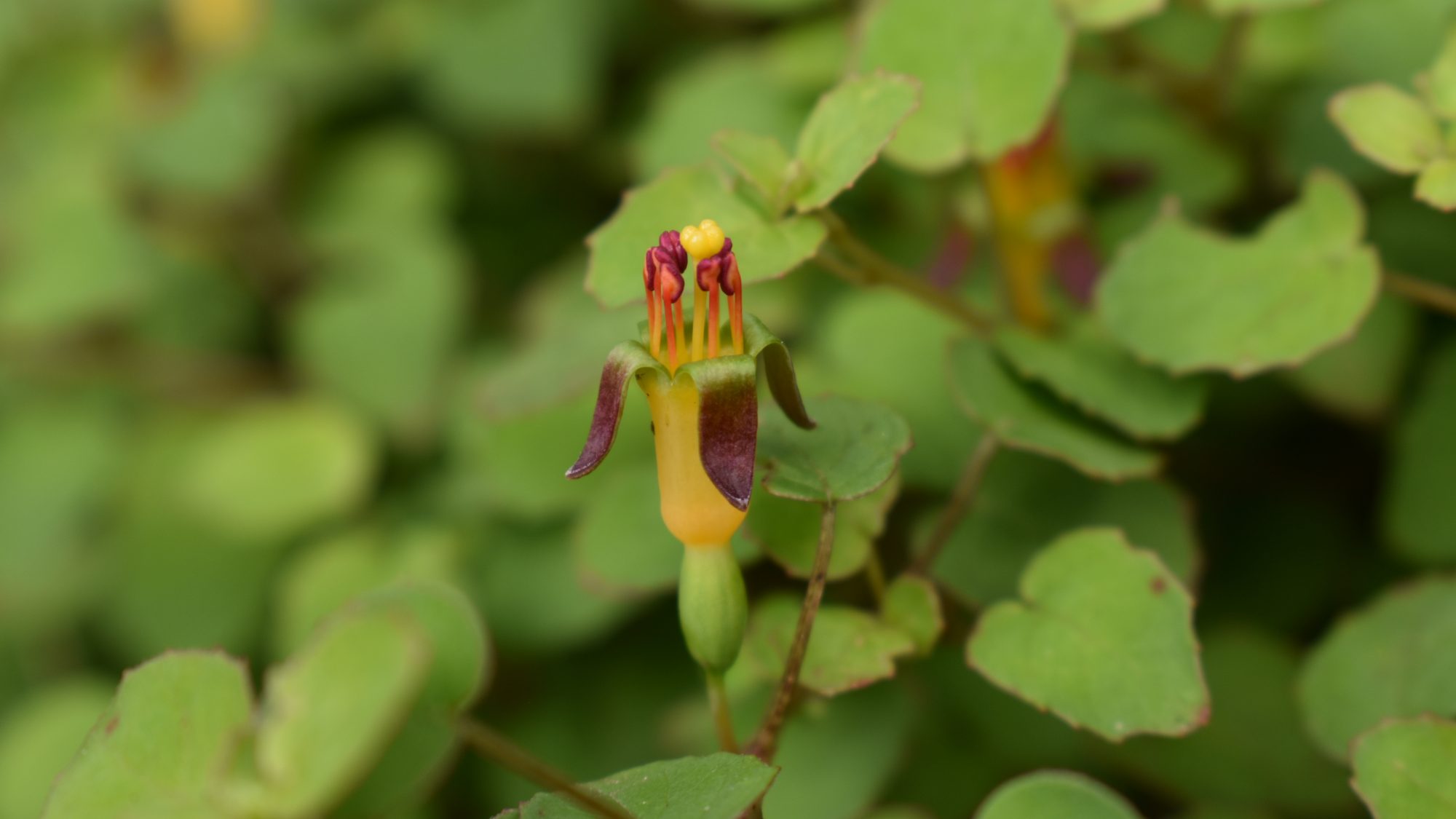 The diminutive flowers of the trailing fuchsia can be seen in the Terrace Garden.

The trailing fuchsia (Fuchsia procumbens) is a coastal species endemic to North Island, New Zealand, where it grows on pebble beaches, cliff faces, scrub and grassland, dune slacks and swales, and grows amongst naturalised grasses. It has a scrambling habit and can grow to 20 cm in height and up to 1 m in diameter. The rounded leaves are a good foil for the small, tubular, yellow flowers produced in summer, which have purple-tipped green sepals and purple anthers held on yellow-orange filaments. These are unusual for a Fuchsia in that they are upward-facing rather than the pendent flowers we are used to seeing in the more familiar species and cultivars. The genus takes its name from the German physician, herbalist and Chair of Medicine at Tübingen Leonard Fuchs (1501 – 1566), who published a herbal and is considered to be one of the three founders of botany.