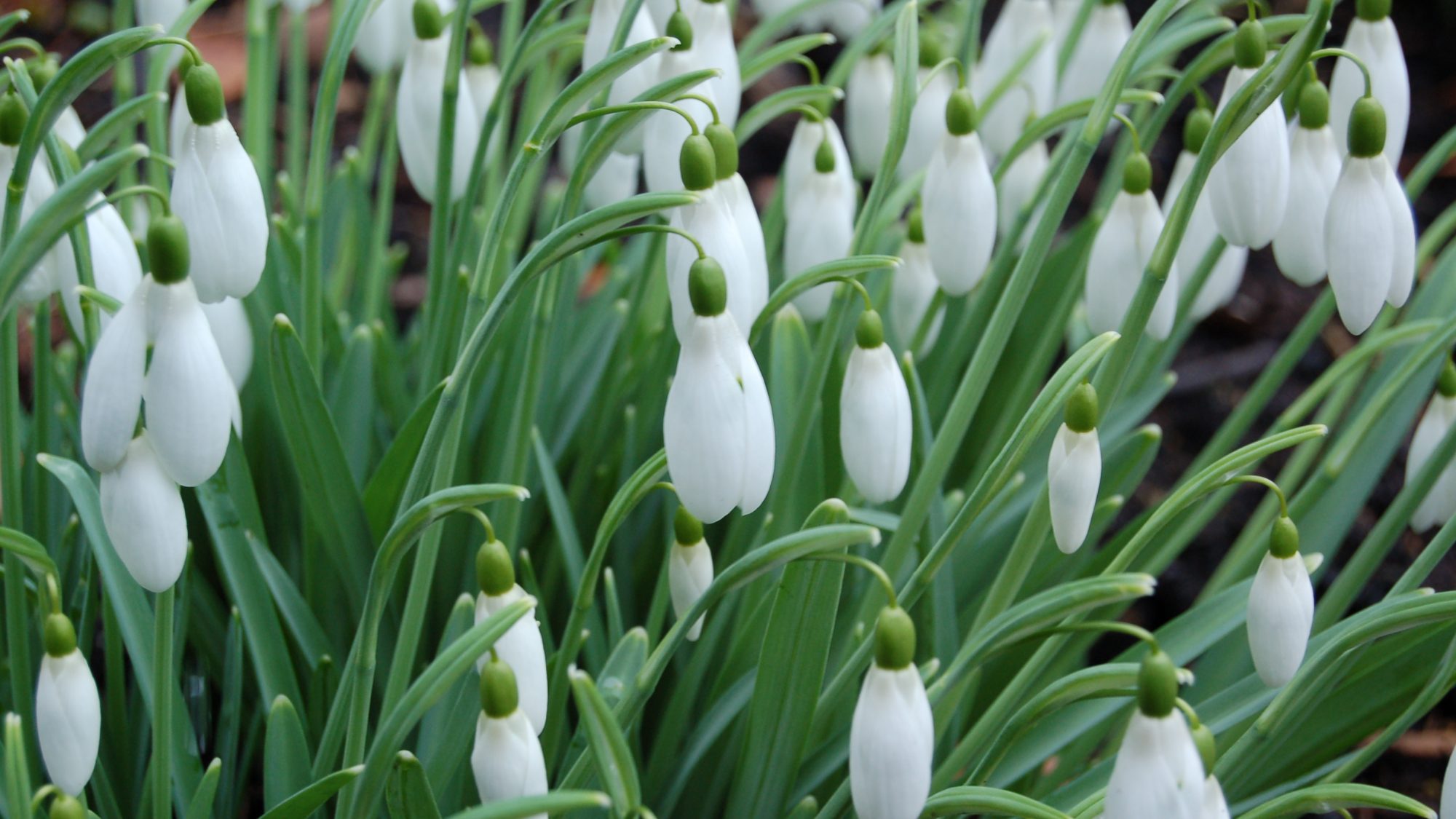 One of several snowdrops thriving here in the Garden, Galanthus ‘Magnet’ is putting on an impressive show in the Autumn Garden.

Numerous forms of snowdrops are available to the Galanthophile, ranging from the widely grown and familiar Galanthus nivalis (common snowdrop) to the rarer autumn-flowering G. reginae-olgae.   To add to the mix are many hundreds of forms of the common snowdrop, which have been selected over many years.  One such is G. ‘Magnet’ which arose as a seedling in the Shepton Mallet garden of James Allen, a nineteenth century snowdrop breeder.  ‘Magnet’ is a highly regarded, robust selection, and is noted for its long stem and pedicel from which hang the pendent flowers which gently wave in even the lightest breeze.