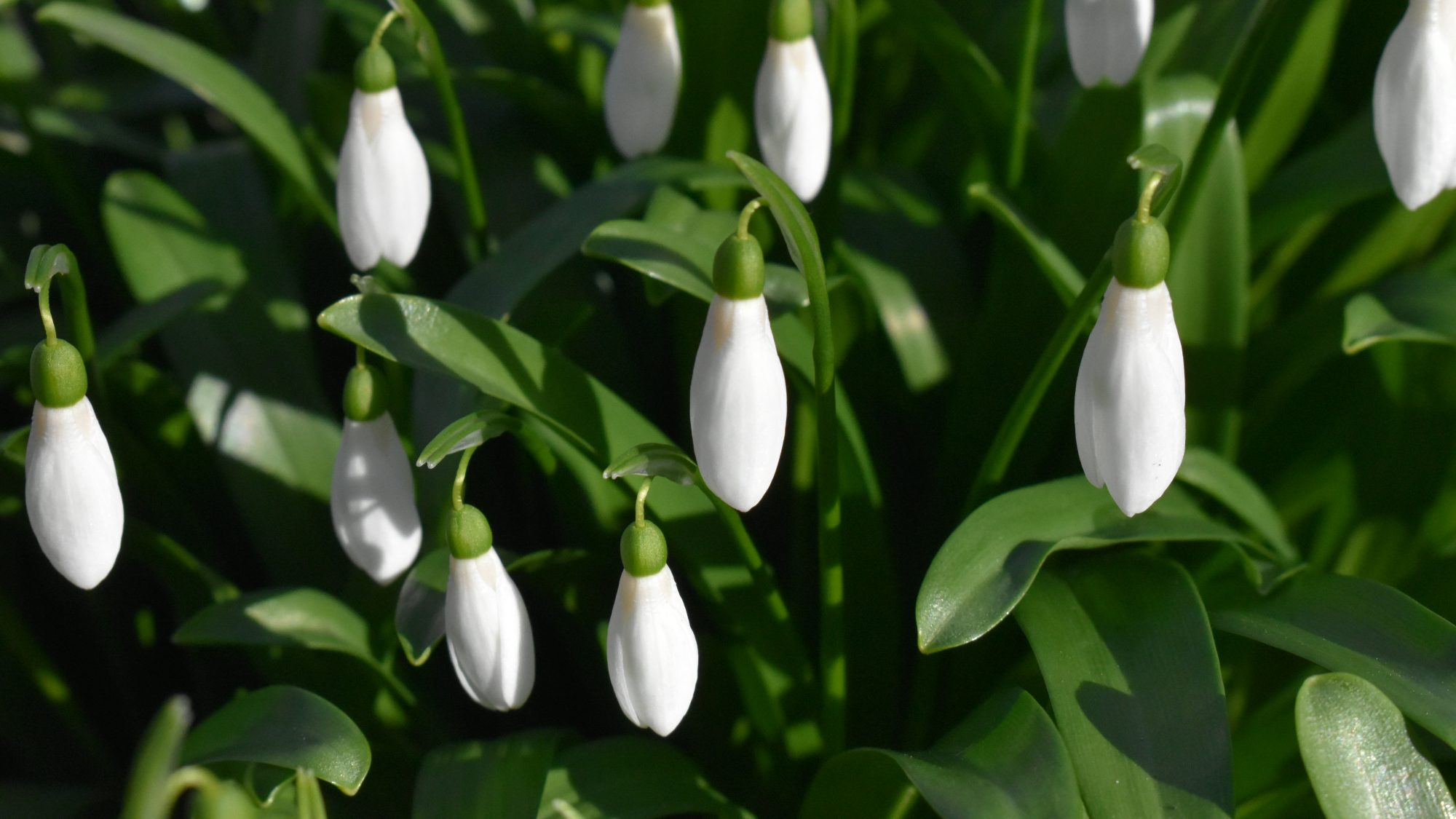 The snowdrops continue to add seasonal interest, including this one which grows beside the Stream and in the Woodland Garden.

The genus Galanthus numbers 19 species of autumn, winter and spring-flowering bulbs from Europe and western Asia. These have given rise to several thousand cultivars and forms, though each of the species is worthy of cultivation. This one, Galanthus woronowii, occurs in Georgia, southern Russia and north-eastern Turkey where it grows in rocky areas on river banks, and in scrub and woodland margins up to 1400m altitude. It is among the later species to flower, and bears delicate pendent flowers bearing a green marking on the inner tepals, though it is the broad, glossy green leaves which are the key distinguishing feature of this species. As with all Galanthus species, concerns exist about the future of wild populations, which are threatened by habitat destruction, but mainly by over-collecting to satisfy markets. As a result of this threat all Galanthus species are listed under CITES Appendix II, which includes species not under immediate threat of extinction, but whose harvest and trade is monitored to ensure wild populations are not endangered.