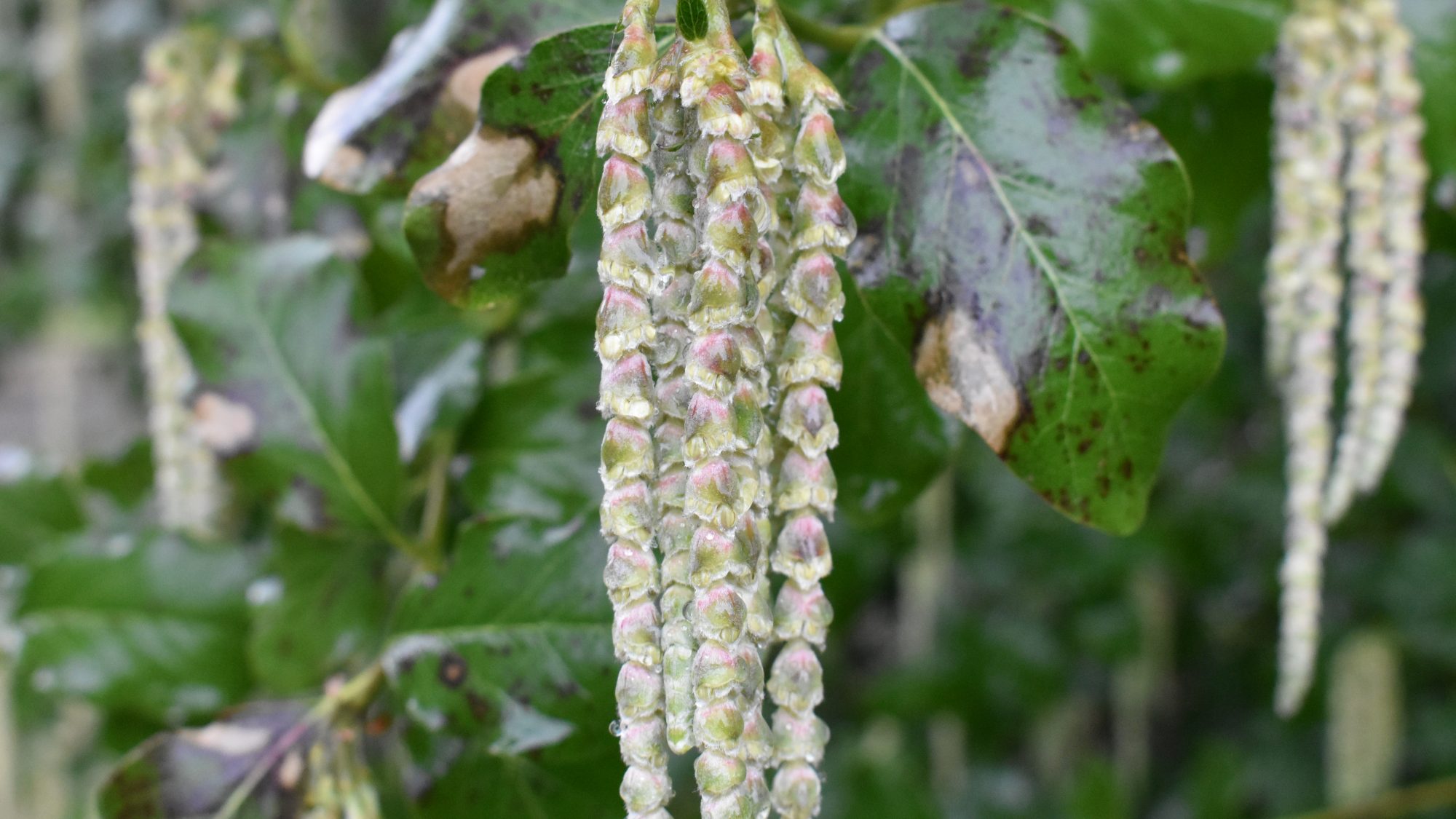 This evergreen shrub is displaying pendent tassels of flower to the north-east of the Fountain.

The genus Garrya comprises approximately 13 species of evergreens from the western United States, South America and the West Indies, the most commonly grown of which is Garrya elliptica. All species have opposite pairs of leathery leaves of ovate to elliptic leaves and are dioecious, with male and female catkins borne on separate plants. reaching 20cm in length it is the catkins which are recognised in the common name of silk tassel bush. G. x issaquahensis arose from a hybrid of G. elliptica and the North American G. fremontii in the 1960’s, which was widely distributed and resulted in the selection ‘Pat Ballard’. ‘Glasnevin Wine’ is a later hybrid raised at Glasnevin in Ireland, having wine colourings on the new growth, and a wine blush on the catkins, particularly the males. In the garden the hardy species require well-drained soil in a sheltered position out of cold winds.