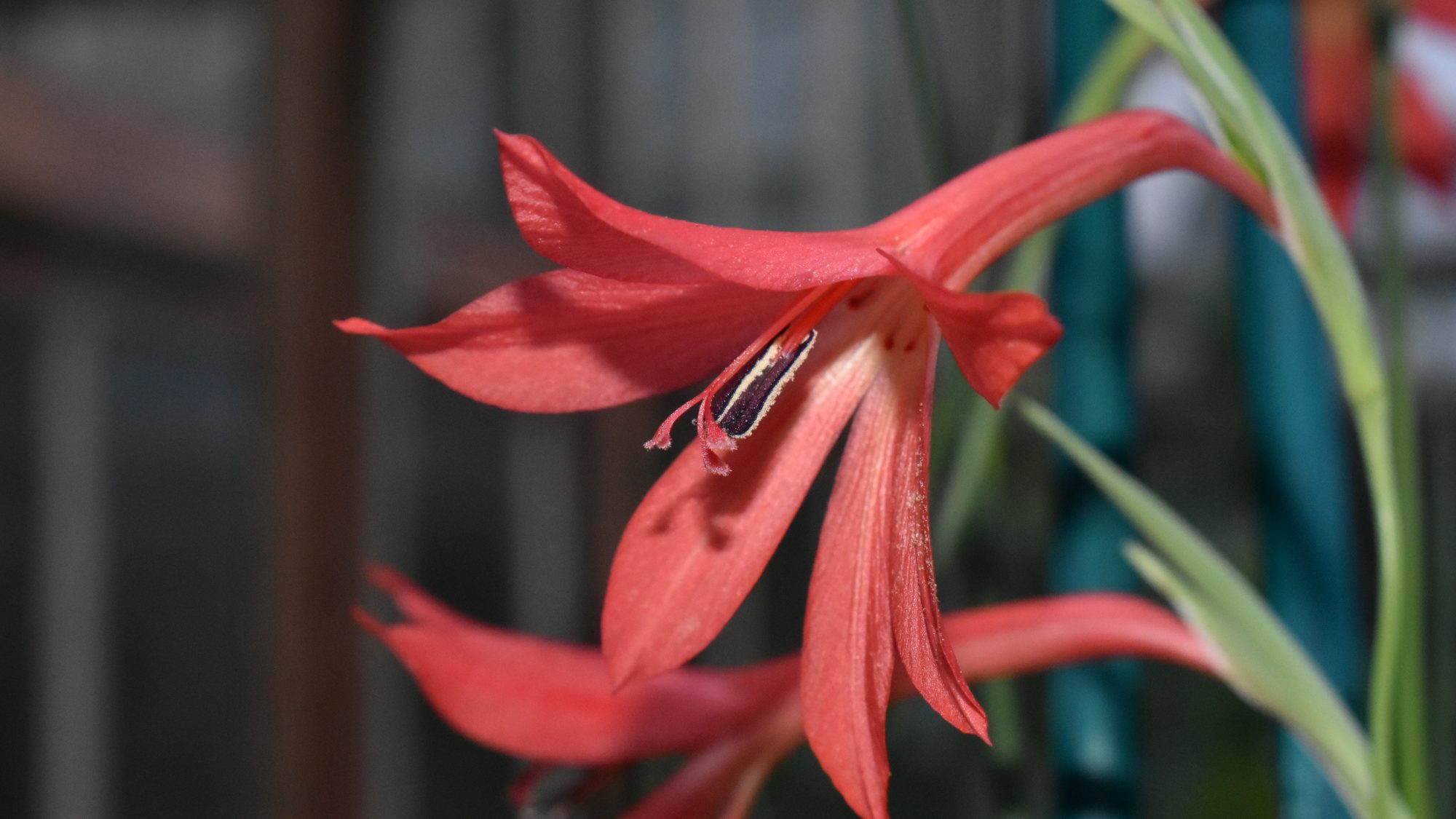 This elegant species of Gladiolus is displayed in the Mountains House.

The cormous genus Gladiolus is familiar to many for the Grandiflora hybrids and cultivars whose origins can be traced to seven South African species.  While these are of undoubted value, the genus is diverse containing 180 species from South Africa, the Mediterranean, the Arabian Peninsula, north west and east Africa, Madagascar and western Asia, and many of these species are more diminutive and graceful than the Grandifloras. All species require sharp drainage, and bear six-tepalled, funnel-shaped flowers held in spikes alongside slender leaves held in a basal fan. Endemic to granite and sandstone slopes of the Western Cape, South Africa, G. priorii reaches 40cm in height, and has flowers ranging in colour from bright red to pink-red, with a hint of yellow in the throat.