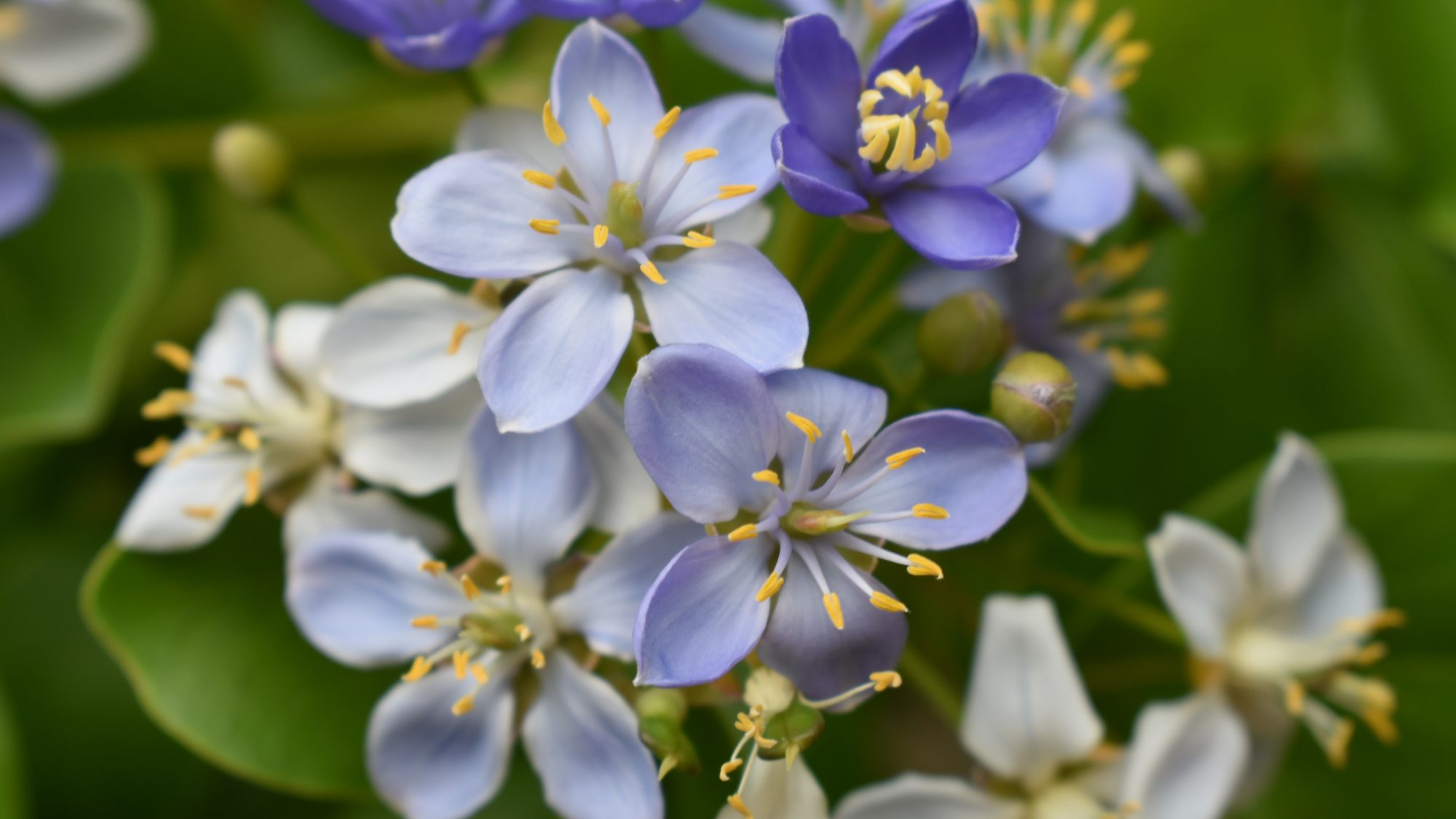 This shrubby species is bearing flowers in the west tropics house.

Guaiacum officinale is more widely known as Lignum-vitae, one of the hardest, most durable woods known, and which has been used for many centuries in  furniture production, structures, ship construction, and jewellery.  It also produces a resin which has been used for medicinal purposes, including the treatment of rheumatism and syphilis.  It is considered an endangered species, predominantly due to logging and habitat destruction in it’s native Central and northern South America.  A member of the dry, and warm-temperate, tropical family Zygophyllaceae, G. officinale has opposite, orbicular leaves and corymbs of attractive brilliant blue flowers on opening, which gradually fade to white.