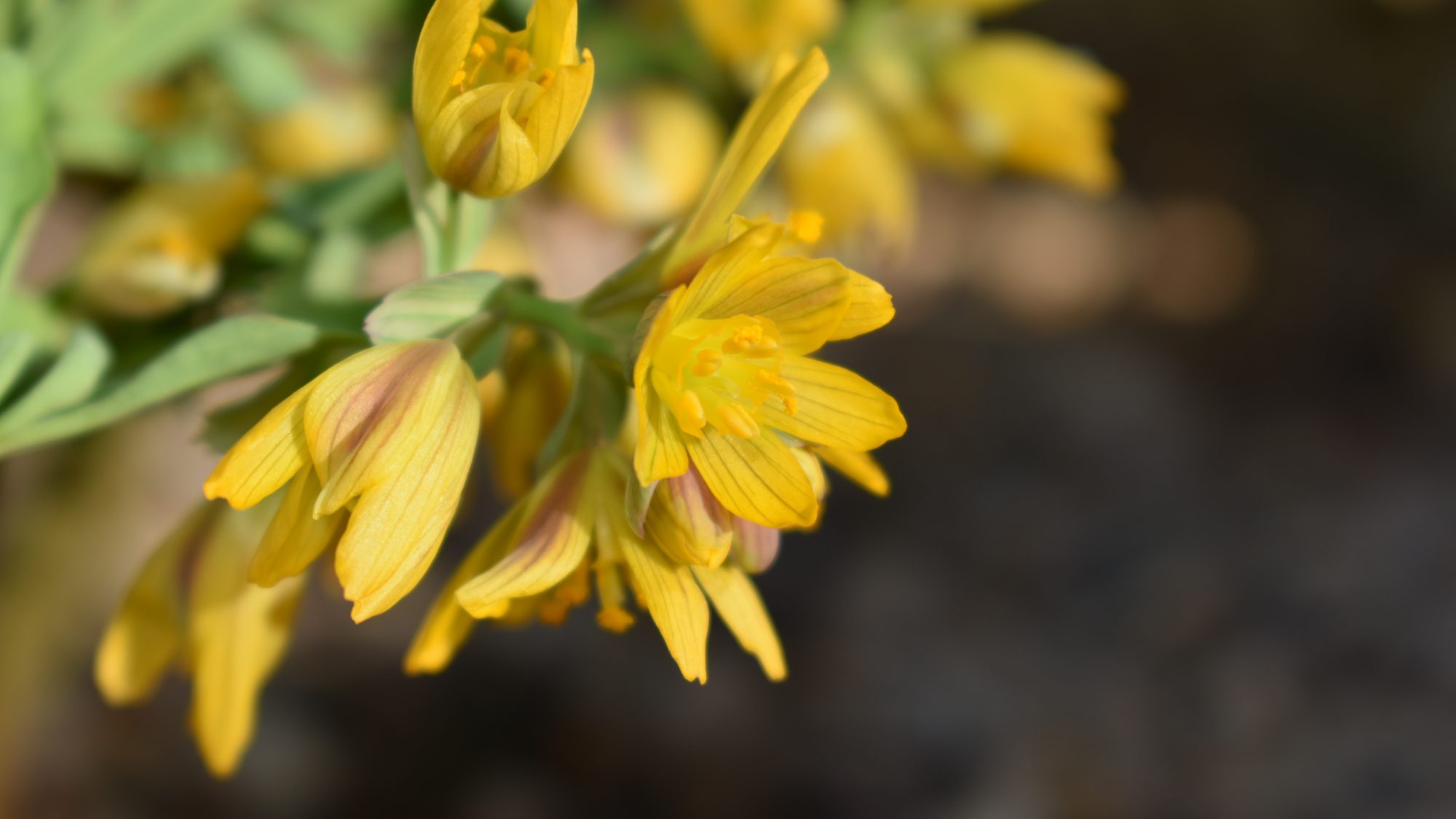 The Mountains House displays many delicate plants including the unusual Gymnospermium altaicum.

This diminutive tuberous rhizomatous perennial was originally named Leontice altaica by Pallas in 1779, though was later transferrred to the genus Gymnospermium by Spach, in 1839. Belonging to the Berberidaceae, and related to more familiar species such as Berberis and Epimedium, Gymnospermium contains only four species occurring from Europe to Central Asia in scrub and on rocky hillsides. This species originates from Greece, Romania and Russia, and has dense racemes of nectar-rich yellow flowers, and these precede the unfurling pinnately lobed, glabrous foliage. The plant will ultimately reach no more than 20cm in height. In its natural habitat this is a snow-melt species, emerging through the receding snow. Though resilient, it requires well-drained conditions and protection from excessive moisture, hence it being a good candidate for alpine house cultivation.