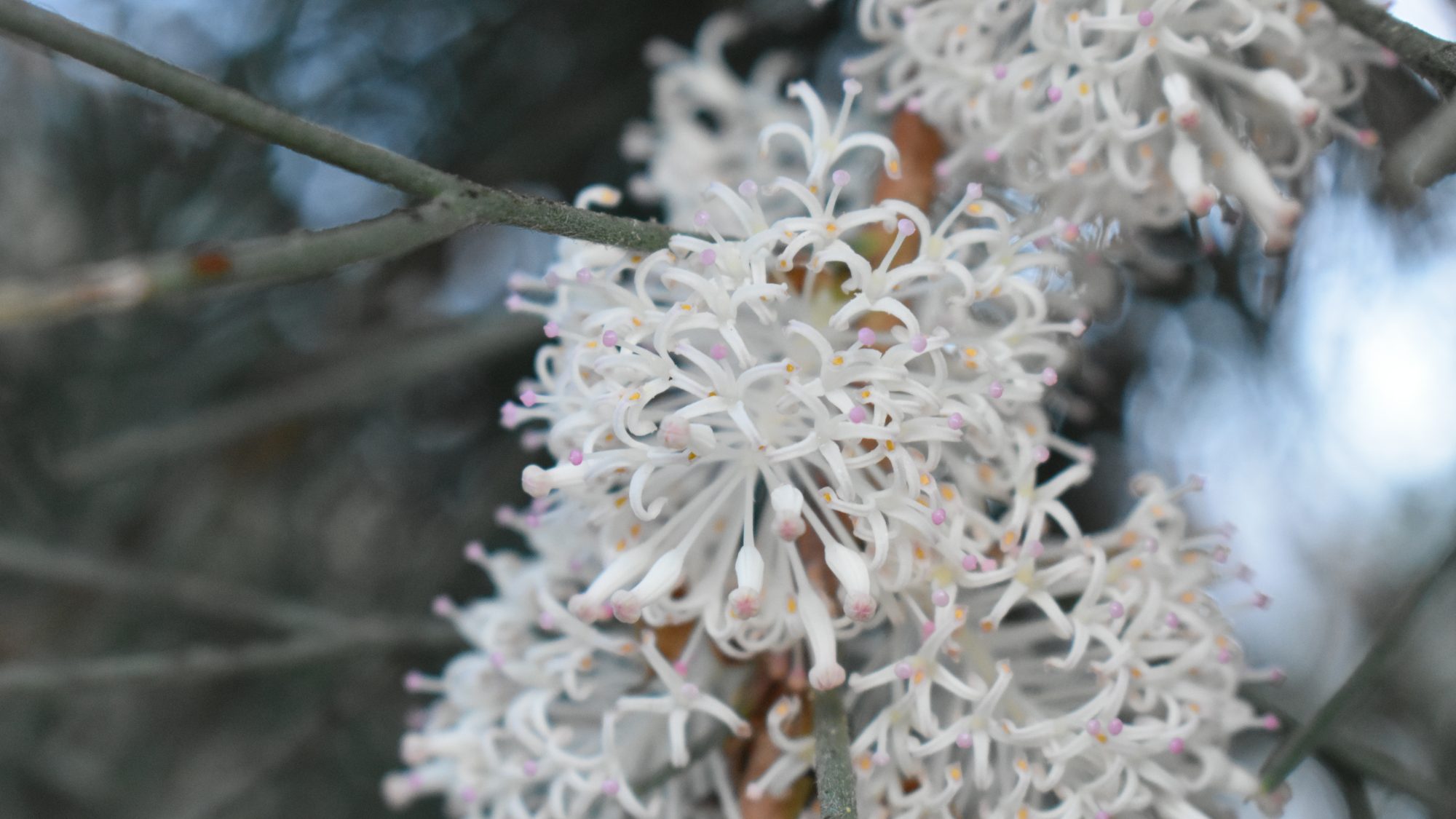 This attractive protea is showing clusters of flower in the Continents Apart House.

An endemic of western Australia Hakea suaveolens (syn. H. drupacea) is one of 130 species in the Australian genus Hakea, which belongs to the protea family Proteaceae. Members of the genus have alternate leathery leaves and small, tubular flowers held in axillary racemes. H. suaveolens can reach 6m in height and form either a tree or shrub. Mature leaves are divided and have sharp-pointed needles, while the young leaves are broad, leathery and prickly. White flowers are borne in the leaf axils and the fruits take the form of dense, woody follicles, or seed pods, which can take up to six years to mature. The seed retains its viability for many years and may only be released during occurrences of bushfire. In its native Australia H. suaveolens occurs in evergreen and dry woodlands, and has been used for stabilisation of dunes.