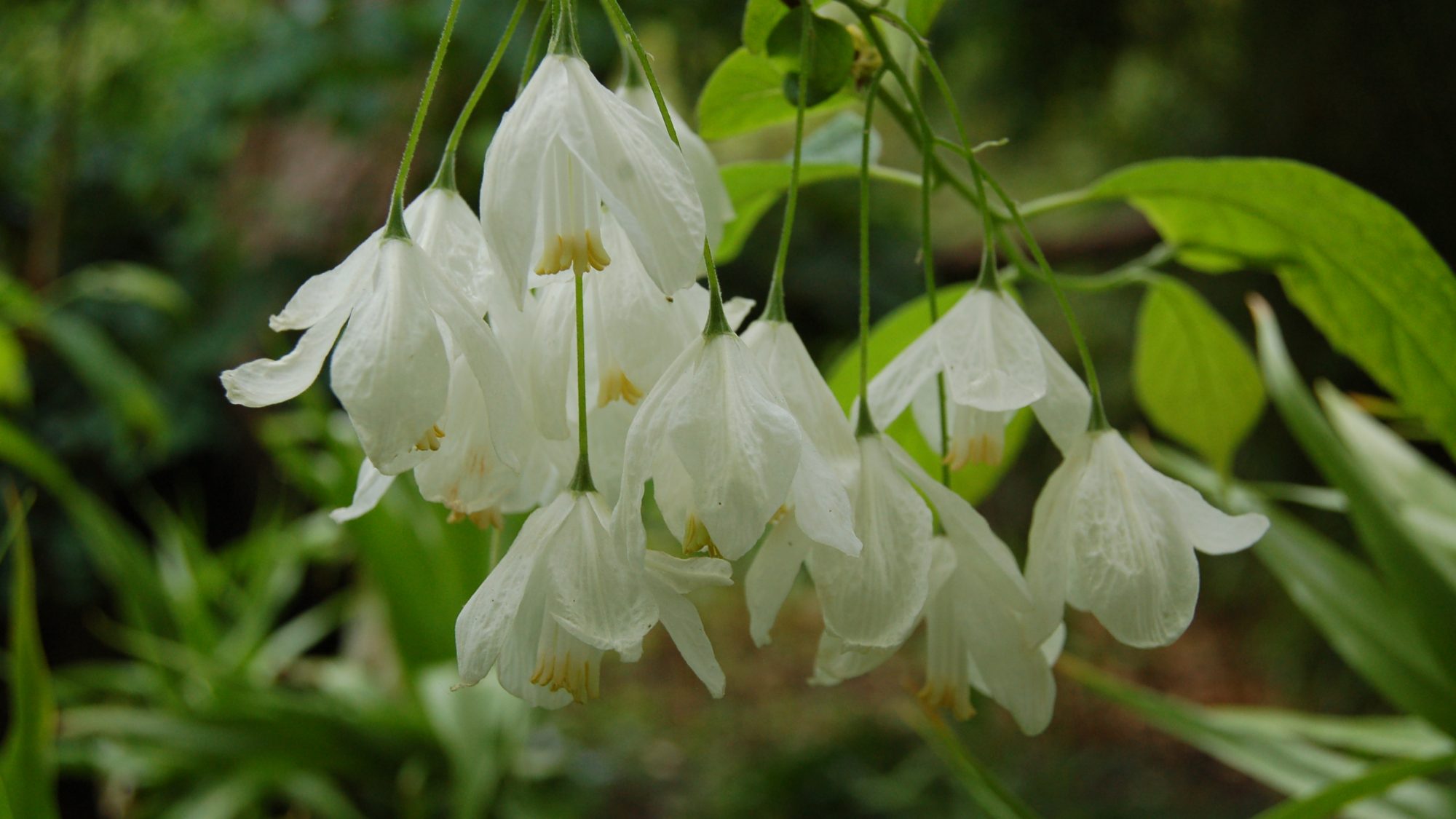 This graceful shrub produces a mass of bell-shaped flowers in the Woodland Garden.

A member of the Styracaceae (Styrax) family, Halesia diptera is one of only five species of hardy trees or shrubs from eastern China and the south-eastern United States.  All are commonly called snowdrop tree, in reference to their pendulous flowers, and all have alternate, ovate-elliptic deciduous foliage.  In this American species the flowers are held in short racemes of four-lobed, pure white flowers, and these are followed by winged fruits.  As with all species of Halesia, H. diptera requires a moist, humus-rich, neutral to acid soil, though seems to prefer a more sheltered position than other more widely grown species such as H. carolina or H. monticola.  The genus is named after the seventeenth century English physiologist, Stephen Hales.