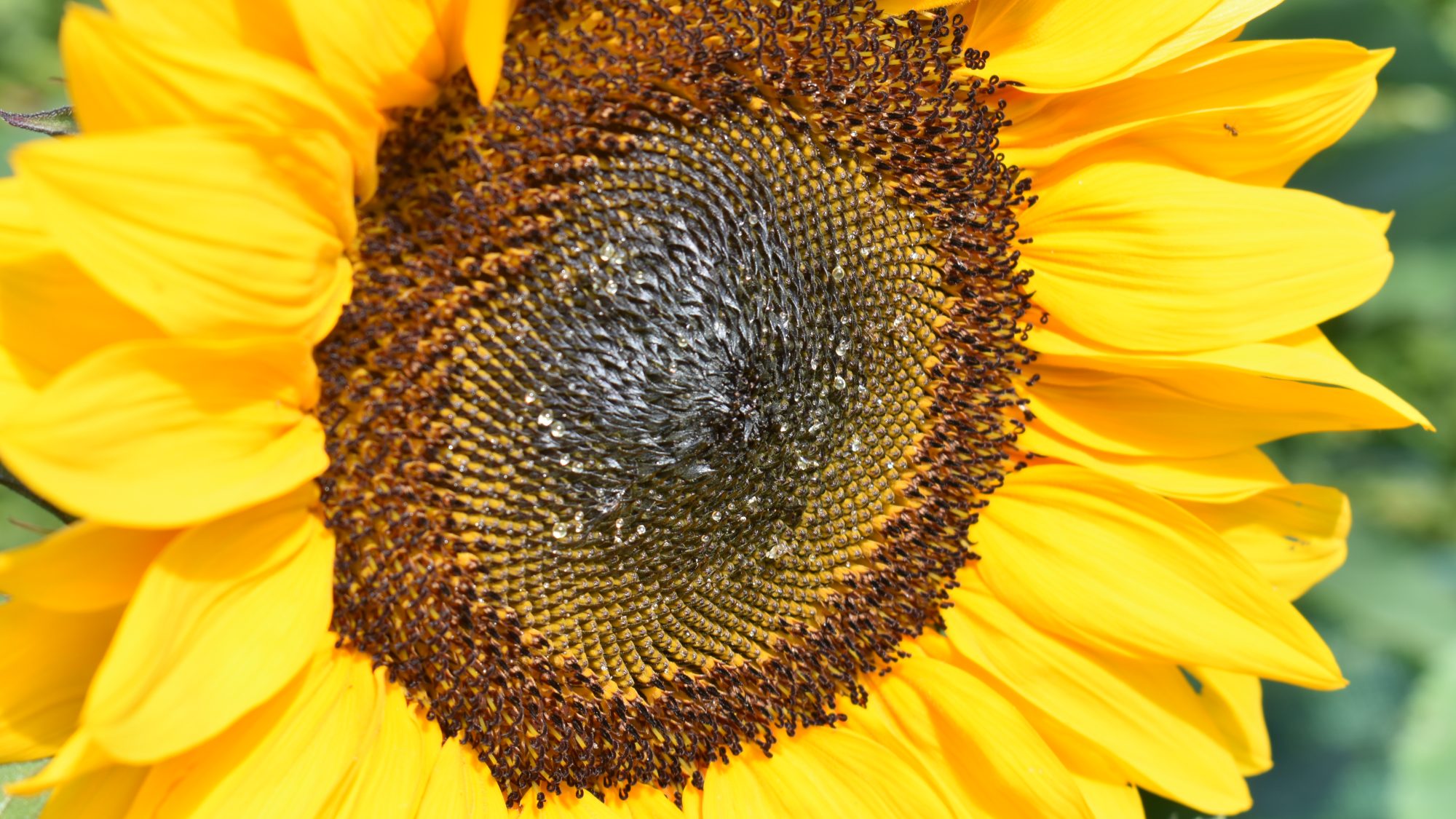 The sunflowers in our branching display are coming in to flower to provide a spectacle of colour.

This display demonstrates how plants control branching, and the effects of the hormone auxin on branching, which is one aspect of research carried out at the Sainsbury Laboratory here on site.  If, as we have done here, the main apical shoot is removed from a plant with apical dominance, the plants will redirect their auxin to produce branching lower down the stem.  Helianthus annuus, or sunflowers, are good exemplars of this, as many are grown to produce only one tall stem, while other varieties are dwarf and many branched.  One of approximately 70 genus, H. annuus occurs naturally in the United States to Central America.  It has been widely bred to produce many hundreds of cultivars, each bearing large daisy-like flowers with a central disc-floret and surrounding sterile ray-florets. Here a variety of cultivars have been grown to show branching and non-branching within this species, but this also serves to show the effects of pruning on garden plants.