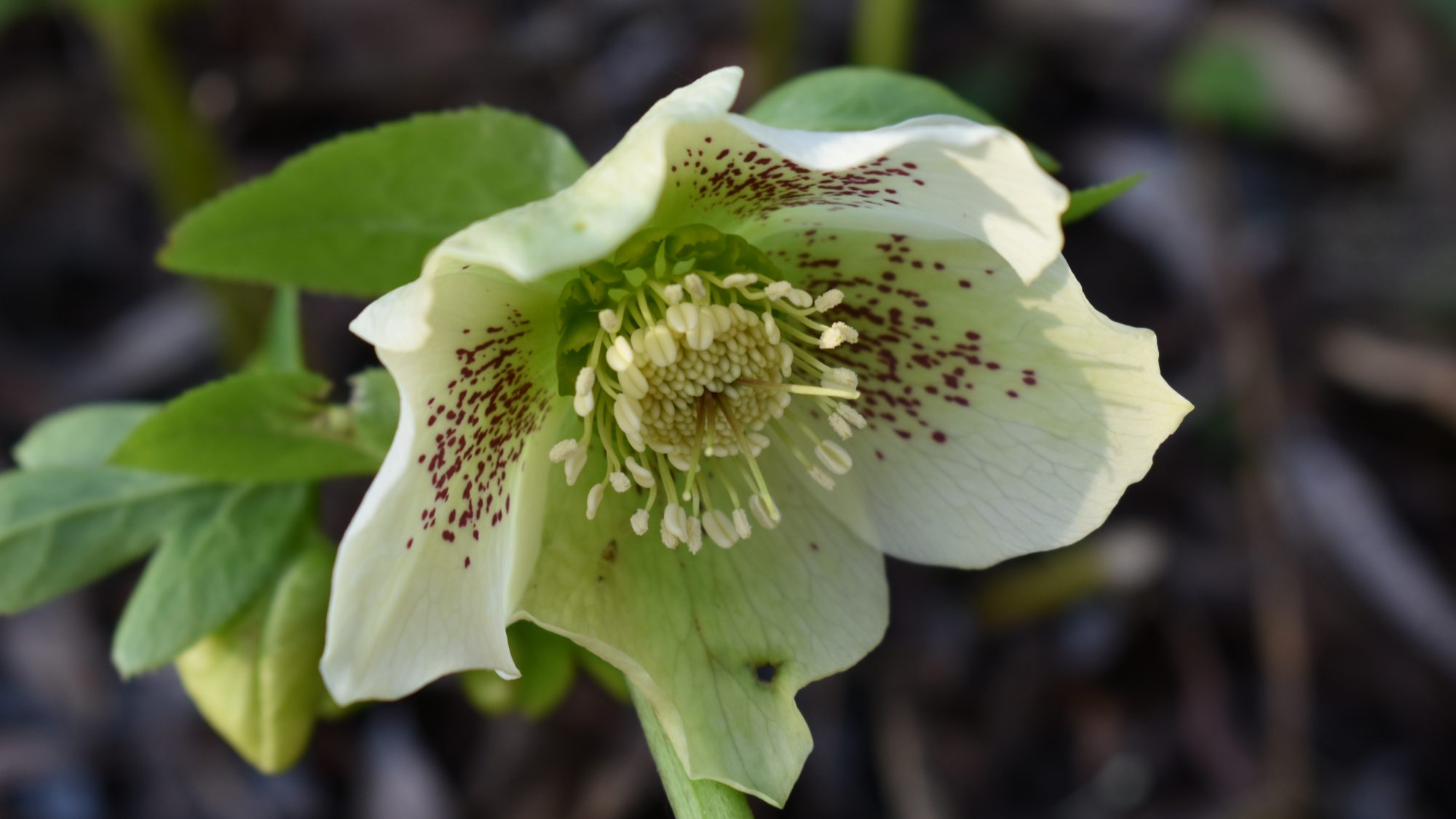 The nodding blooms of this winter-flowering perennial grace the Woodland Garden.

A member of the buttercup family (Ranunculaceae), this species is one of 15 which occur in central eastern and southern Europe, and western Asia in scrub, woodland, rocky and grassy habitats. Most species prefer neutral to alkaline conditions, though this one reputedly prefers heavy neutral to alkaline soils, but it seems to do well in most situations given light shade. A native of Greece and Turkey Helleborus orientalis has deeply divide, leathery foliage which over-winters. In winter stout, branch stems emerge to display cymes of 5-tepalled, saucer-shaped flowers, each with numerous prominent stamens. The true species of H. orientalis has white or green-cream flowers, which fade to pink, but there are subspecies with other colourings of red-purple- to cream with purple specks. H. orientalis is a very promiscuous species and there are numerous colour and shape variations, and plant breeders are seeking to produce forms with taller flower stems, pure colours, double blooms and upward-facing flowers.