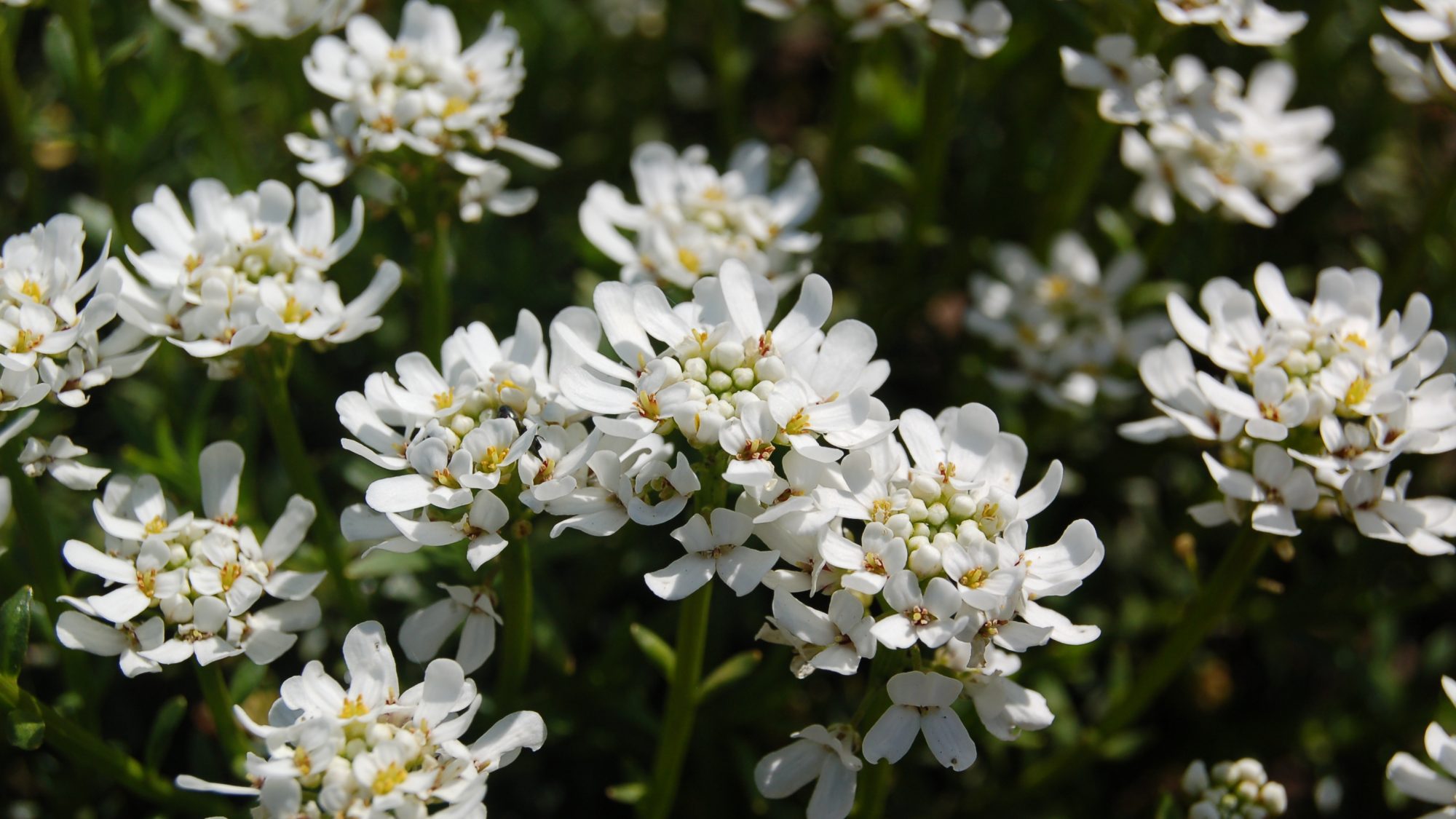 This attractive member of the cabbage family is flowering on the Rock Garden.

The Brassicaceae (cabbage family) contains approximately 340 genera which occur mainly in the northern hemisphere. Most are valued for their economic use as edibles, but several, including this one, are also highly regarded for their ornamental value. Members of the family usually have the same floral structure, having four sepals, four cruciform petals, six stamens and a flat seed pod comprising two flat compartments. Iberis, or candytuft, comprises 40 species from open sites in Europe, northern Africa, Cyprus, Syria, northern Iraq, Crimea and the Caucasus, and has alternate leaves and one pair of petals larger than the other. Iberis sempervirens is a good choice for the rock garden, growing to 30cm in height and 40cm in width, bearing corymbs of brilliant white flowers, and enjoying a sunny site with good drainage.