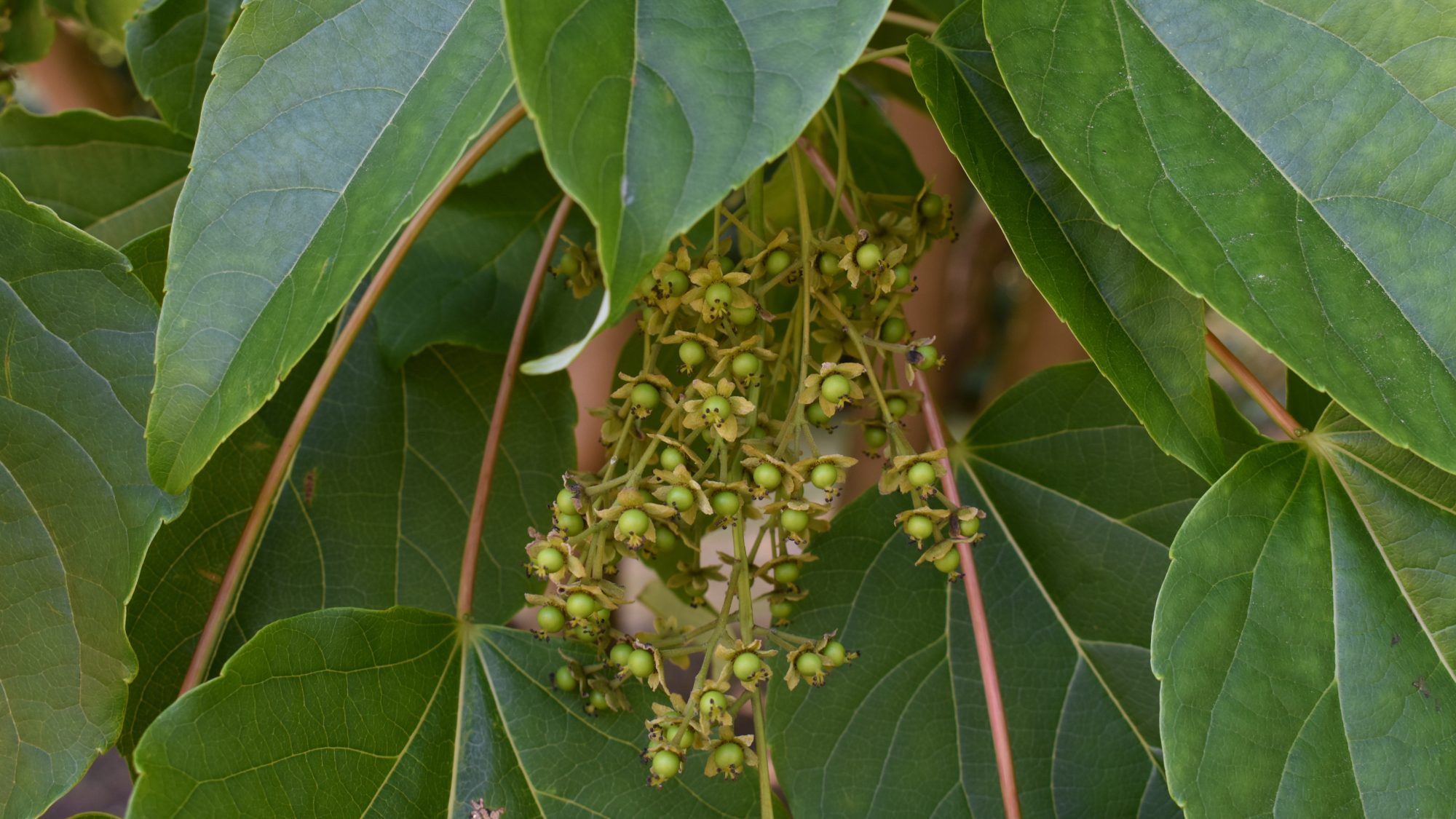 Standing on the southern side of the Main Lawn, this tree is full of panicles of subtle green flowers.

Occurring in China, Taiwan, Japan and Korea, Idesia polycarpa is the only species within the genus Idesia, though there is  discussion about whether variation within the species justifies recognition of two distinct subspecies. First collected in 1860-61 in Japan by the Russian Karl Maximovich the genus commemorates the Dutchman E I Ides, who travelled widely in China in the eighteenth century. I. polycarpa is a dioecious species, with male and female flowers being borne on separate plants. Our is female, and has looser panicles of smaller flowers with prominent ovaries. If both male and female flowers are grown it will produce pea-size fruits, which are initially green, and turn dark brown, and which hang in bunches like grapes. The alternate, heart-shaped, glossy leaves have a slightly toothed margin and a distinct red petiole.