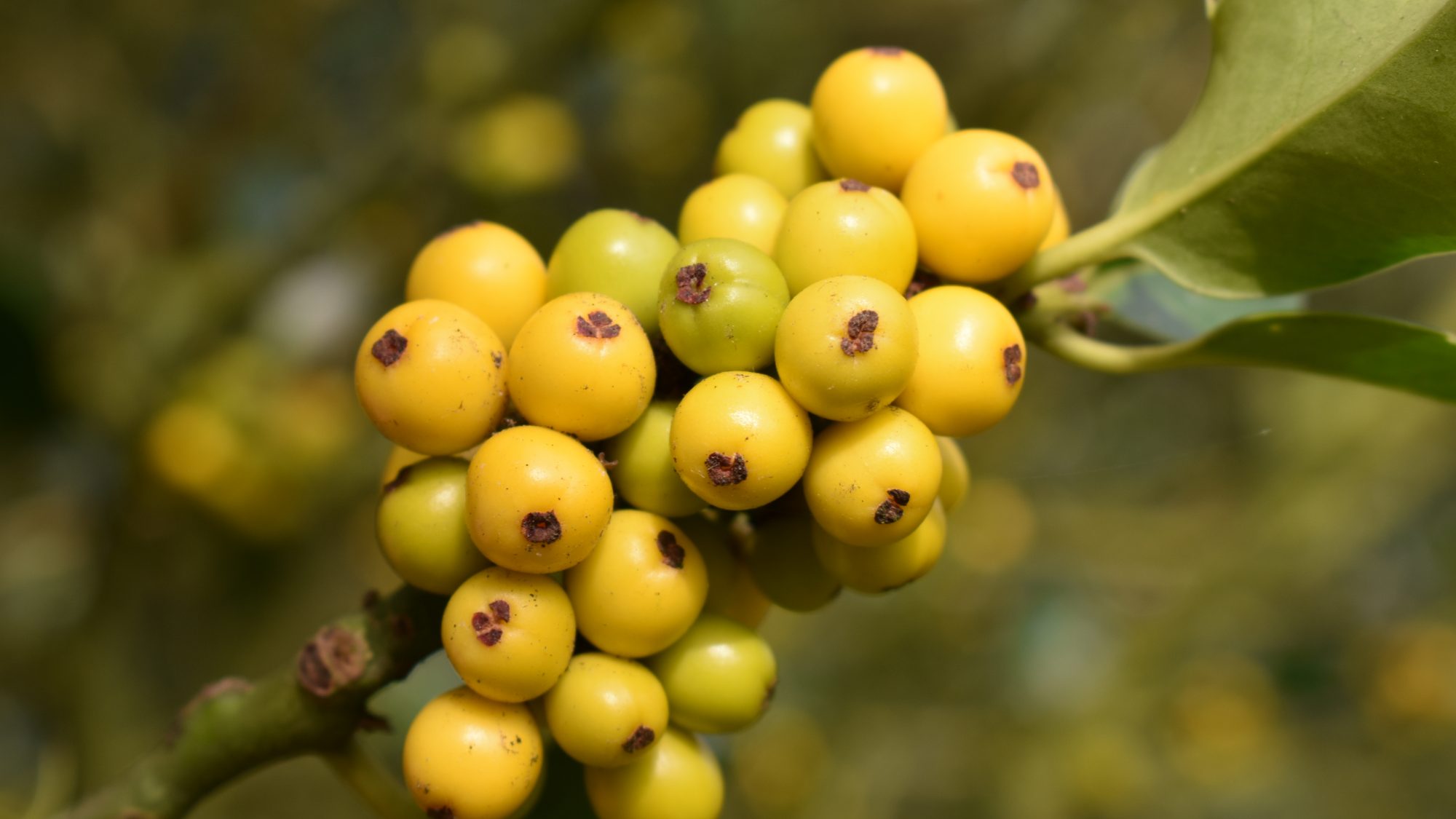 The hollies are in full fruit, including this one on the corner of the Systematic Beds.

The holly (Ilex aquifolium) is a familiar site in the British landscape, reaching 25 m in height and having distinct glossy, spiny foliage coupled with scarlet berries, and also having a strong association with Christmas. It is a dioecious species, usually having separate male and female plants, and produces discreet white flowers in early summer, and in autumn produces round glossy fruits, or drupes. I. aquifolium ‘Bacciflava’ is a female variety of the common holly, growing to 15 m, which has ovate spiny leaves, and distinct yellow fruits.