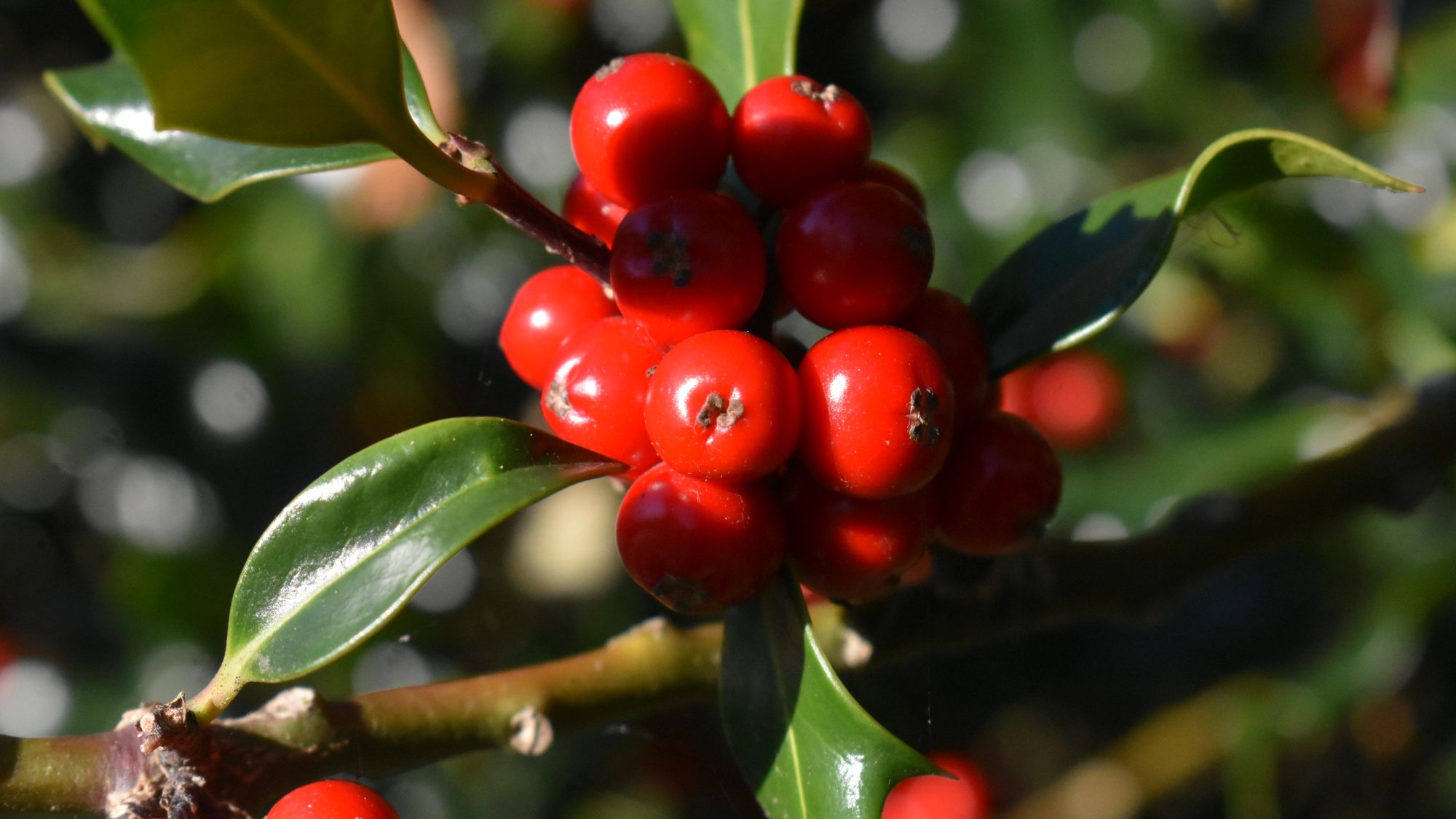 This bejewelled seasonal favourite can be seen growing alongside the Lynch Walk.

A British native, the common holly (Ilex aquifolium) is one of 400 species of evergreen and deciduous trees and shrubs which occur throughout the world, except in North America and Australasia. Whether growing in the countryside or the garden, this species fades into the background for much of the year, only coming to the fore during late autumn when it is covered in shiny scarlet berries, which sit amongst the distinctive glossy, spine-toothed leaves. Reaching 24m in height this is a valuable tree for providing shelter, but is also resilient to drought. Revered as a dense, pale wood for furniture and stick making, it has long been associated with Christmas, and is regarded as a symbol of fertility, and is also believed to ward off evil spirits.