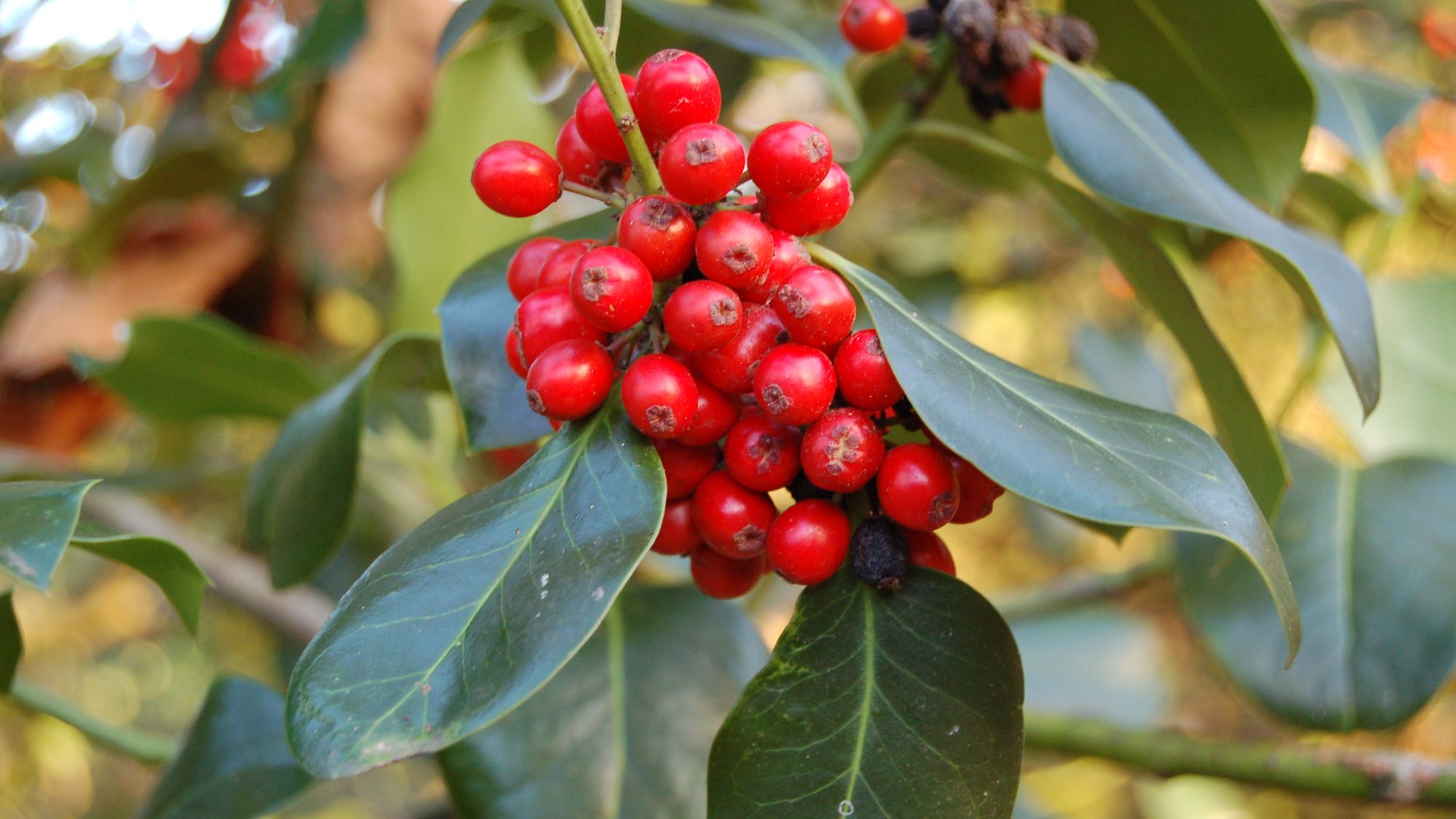 Displaying bright fruit this holly is growing in the Woodland Garden.

Numbering some 400 species of evergreen and deciduous trees and shrubs from subtropical and temperate regions, the genus holly is valued for its winter fruits. Many are familiar with the common, or English, holly, Ilex aquifolium, but there are a number of others which are worthy of cultivation, including Ilex x altaclerensis ‘Platyphylla’. This is a hybrid of I. aquifolium, which occurs in western and southern Europe, northern Africa, and western Asia, and the Canary Island species, I. perado. It is a vigorous shrub reaching 20 m in height, with elliptic-ovate, glossy, broad, evergreen, foliage, which is often spineless, and it bears clusters of red berries. Confusion remains about the use of the name ‘Platyphylla’, as this may have been misapplied from I. perado var. platyphylla.