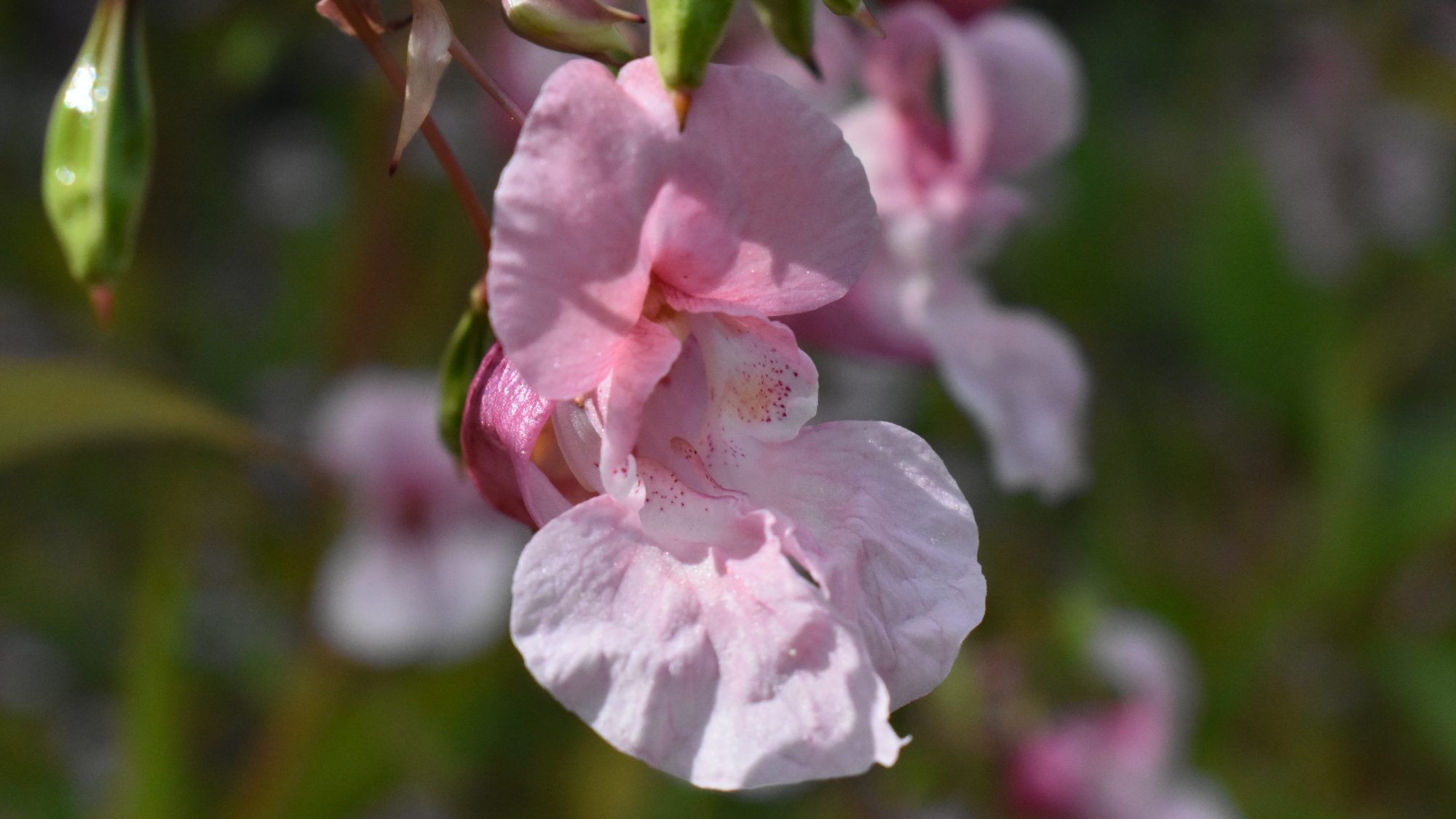 This vigorous annual is displaying attractive flowers and explosive seed pods on the Systematic Beds.

A relative of the busy lizzie, Impatiens glandulifera, or Himalayan balsam, is one of approximately 850 species of annuals, perennials and sub-shrubs from tropical and warm-temperate regions. The genus takes its name Impatiens from the impatience of the seeds to escape the seed capsule via an explosive mechanism, referred to as explosive dehiscence. The seed pods of this species are formed of five individual segments (or valves), which are joined by a single membrane. As the seed pod expands pressure increases and cracks develop between the segments tensioning the membrane until it breaks and the segments relax and curl, and eject the seeds. Calculations indicate that the seed is dispersed at 4m per second, and seed dispersed up to 7m. While the hooded flowers are highly attractive the effective seed dispersal mechanism of this Himalayan species mean it is rapidly spreading along waterways of Europe and North America.