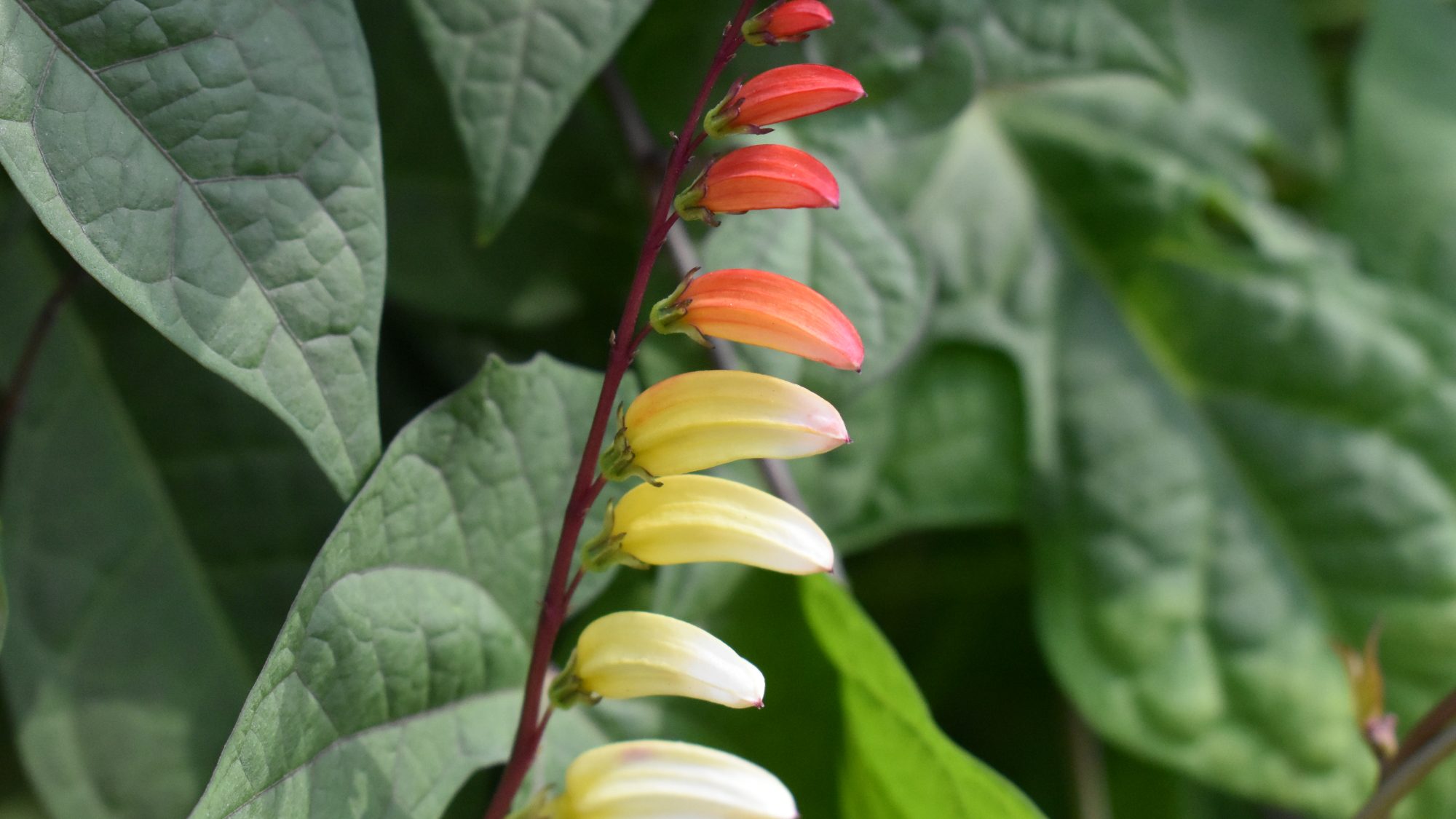 This flamboyantly-coloured climber can be seen scrambling up an obelisk on the Systematic Beds.

An endemic (known only from one area) of Mexico, Ipomoea lobata syn. Quamoclit lobata, is one of 500 species of annual and perennial climbers, trees and shrubs from warmer regions, belonging to the Convolvulaceae. The genus takes its name from the Greek for worm-like, in reference to the mass of intertwining stems. I. lobata is an attractive perennial climber, which is mainly treated as an annual in the United Kingdom, though it will persist as a perennial in warmer climates. Reaching 5m in height, it has deep-green, tri-lobed leaves, from which it takes the specific name lobata. The slender, tubular flowers are initially scarlet and mature through orange to yellow then white, and are held in one-sided racemes up to 30cm in length. This variable colouring earns this plant the common name of Spanish flag.