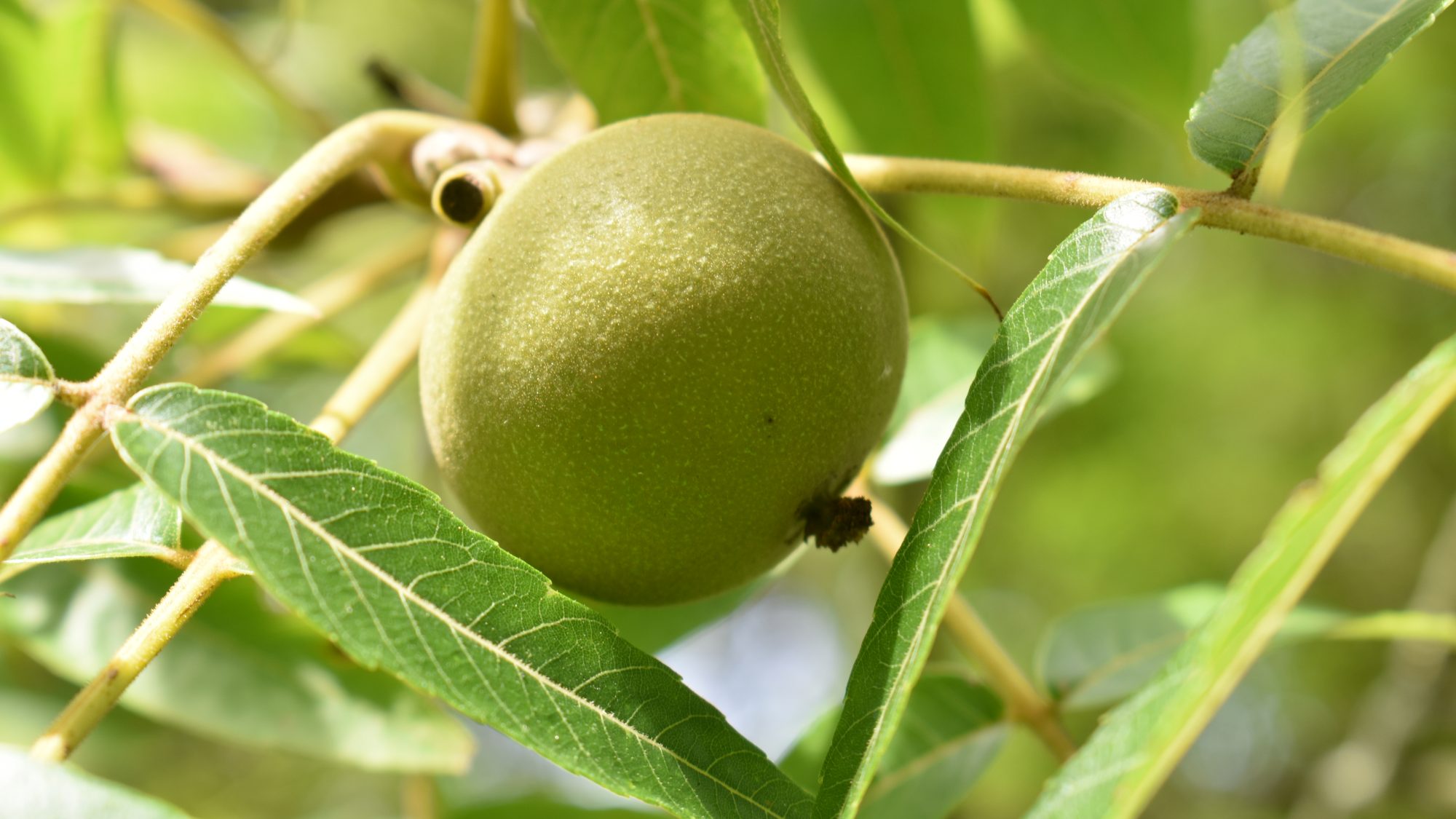 A magnificent tree, Juglans elaeopyren can be found in the Gilbert Carter Woodland.

Juglans elaeopyren, or the Texan walnut, is one of approximately 15 species of deciduous woodland trees which occur in south eastern Europe, Asia, North America and northern South America. In the wild this species has a natural distribution of the southern United States and central and northern South America, and it was introduced to European gardens in the 1880’s. It is a highly attractive specimen tree with deeply fissured bark and a wide, spreading crown. The leaves are formed of up to twenty narrow, toothed leaflets, which take on golden tones in autumn, and it produces globose fruits covered with a thin husk. There is some discussion about the taxonomy of this species, with some considering it to be synonymous with J. major, which is considered by some to be a variety of J. microcarpa. Regardless of its correct name, there is no detracting from the fact that this is a splendid tree. In his ‘Trees and Shrubs Hardy in the British Isles’  W J Bean noted that ‘a very handsome specimen grows in the University Botanic Garden, Cambridge.’