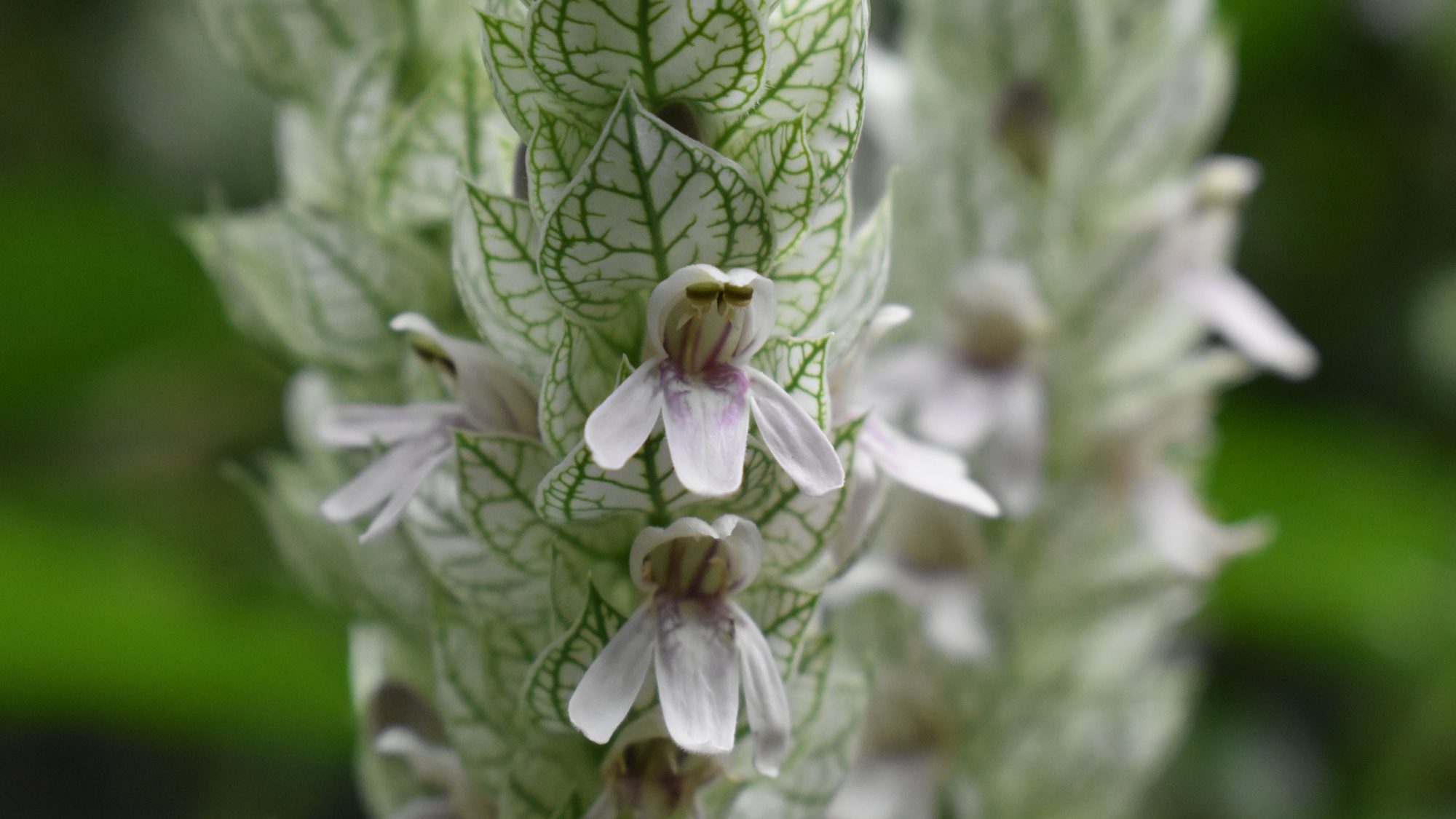 Bearing erect, papery inflorescences, this plant can be found in the East Tropics in the Glasshouse Range.

The Acanthaceae family contains 200 genera of herbs, trees, shrubs and climbers from mainly tropical regions, while the the genus Justicia numbers over 400 species of evergreen perennials, shrubs and subshrubs from tropical and subtropical areas, and also from North America. Members of the genus have opposite leaves and slender, tubular flowers with arching lips, which sit nestled amongst panicles, spikes or cymes of distinct bracts. J. betonica is native to South and East Africa, and has white-mauve flowers, and white bracts with green veining, which produce a dramatic effect. The genus takes its name from an eighteenth century Scottish botanist, James Justice, while the specific name betonica means betony-like.