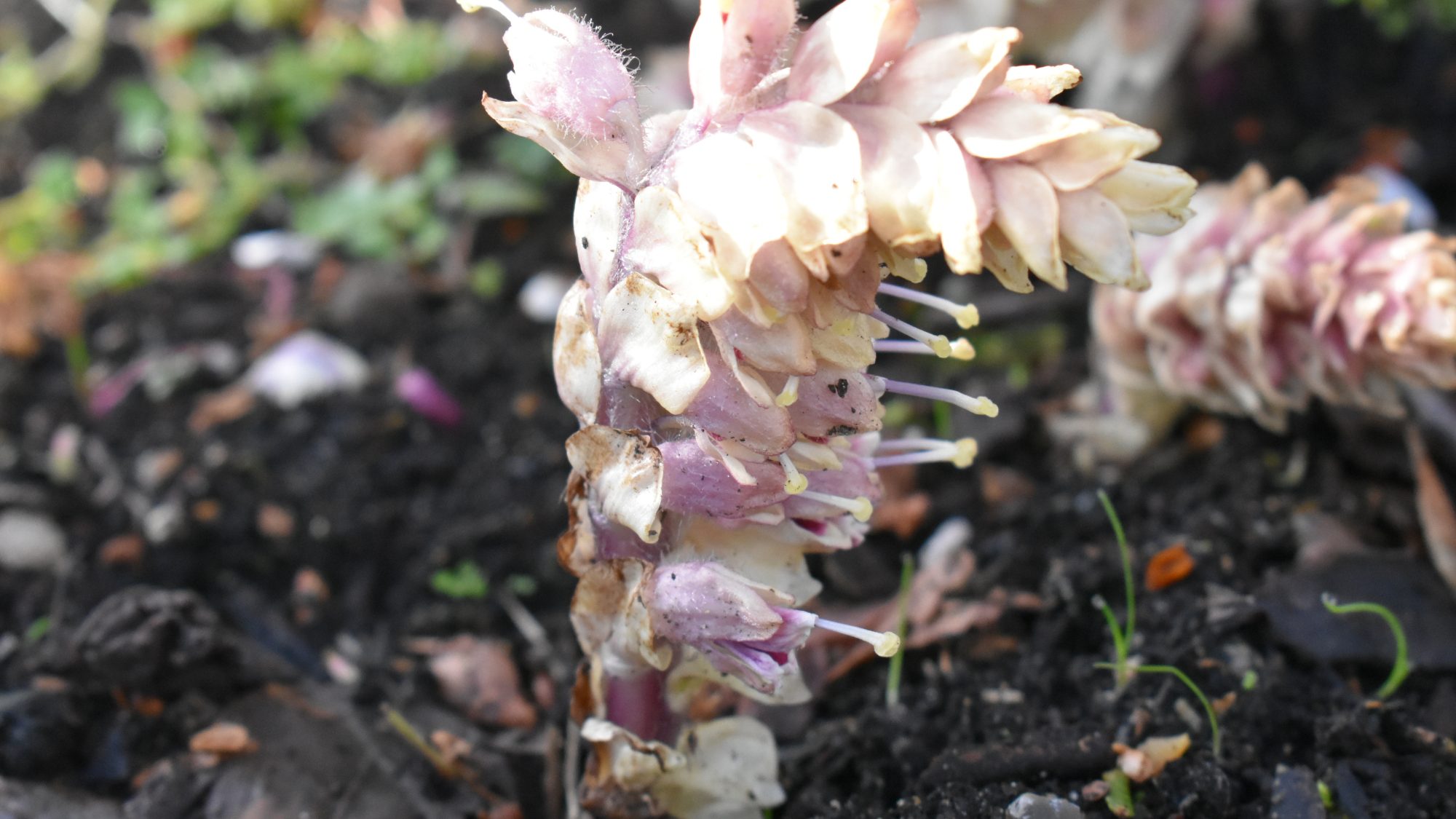 This unusual perennial can be seen growing in the border to the north of the Lake.

Producing raceme-like inflorescences with tubular, two-lipped flowers at ground level, Lathraea squamaria is one of only a handful of European and Asian species of toothwort. The genus belongs to the cosmopolitan broomrape family (Orobanchaceae), which comprises approximately 100 species of parasitic and hemiparasitic plants. L. squamaria is a native of temperate Europe and central Asia. For much of the year it is subterranean and produces one-sided, white, tinged pink, flower spikes in spring. The genus produces no chlorophyll and parasitises host trees, often Corylus (hazel), Fagus (beech) and Juglans (walnut), to acquire nutrients, though here it appears to be relying on a cherry (Prunus pseudocerasus var. pseudocerasus) for nutrients. The more widely known L. clandestina can be found nearby bearing its distinctive purple inflorescences.