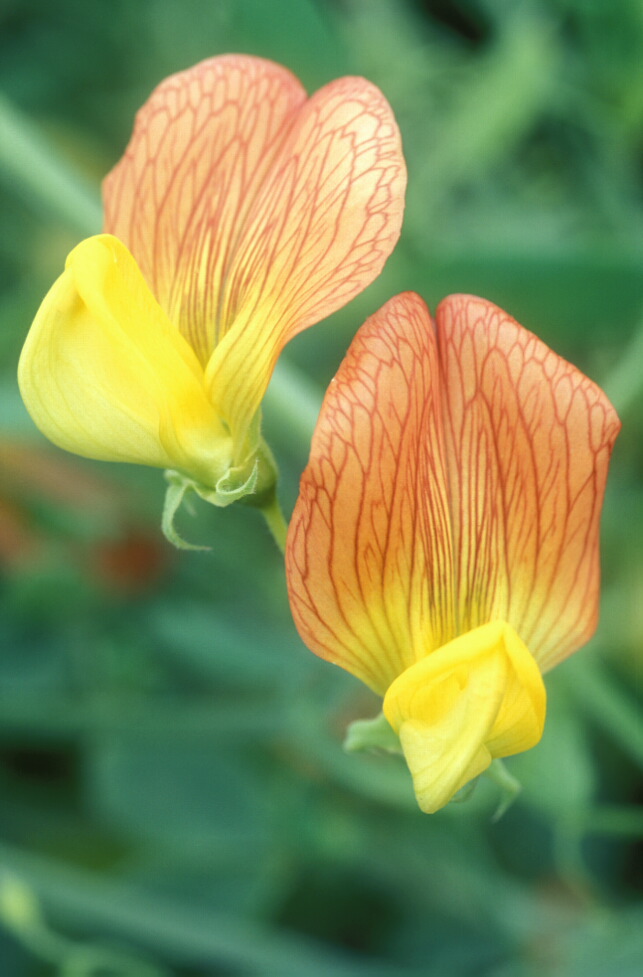 This exquisite pea is grown as a recent introduction to our gardens on the Chronological Bed.

Lathyrus belinensis is one of approximately 150 species of flowering peas from northern temperate regions, north and east Africa, and temperate South America.  It was discovered in 1987 in Antalya, Turkey, where it grows at altitudes of 560m in shrubland and grassland.  The population of this species is estimated to be limited to 1000 species.  It is considered by the International Union for the Conservation of Nature to be critically endangered, with it’s primary habitat being under threat from commercial development, agricultural activity, and also infrastructure development.  This is a hardy annual, which can grow to 90cm in height, or spread.  The bi-coloured flowers have a heavily veined orange standard and a contrasting yellow keel.