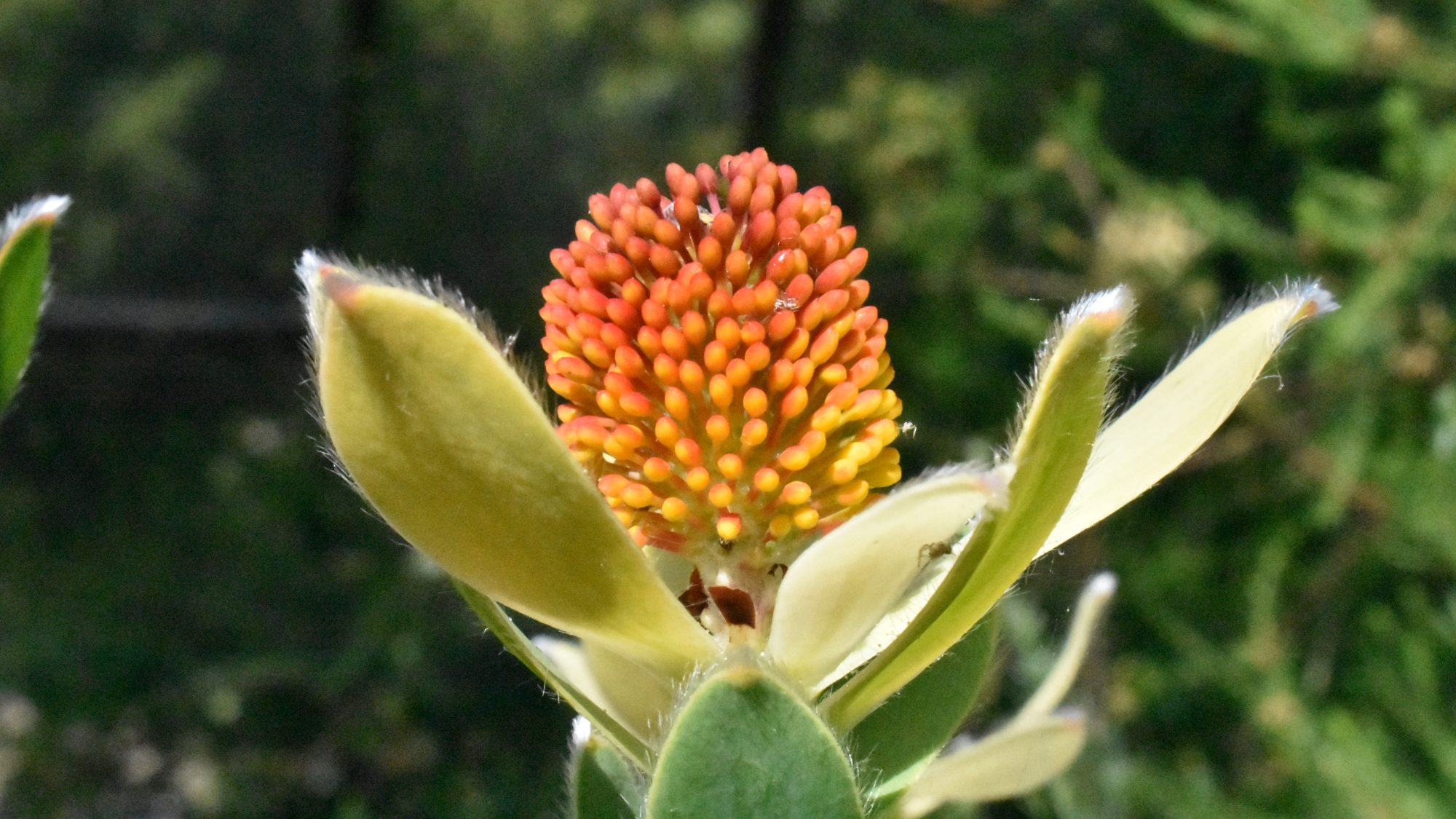 This erect shrub is bearing bracted flowers in the Continents Apart House.

Leucadendron discolor is one of eighty species of South African shrubs belonging to the southern hemisphere family Proteaceae. Most have tough leathery foliage, including this one, whose leaves have a silver tint and fine hairs around the leaf margin. The flowers are dioecious, with spherical orange-red male flowers being borne on different plants to those which bear the whitish-green female flowers. In both cases the flowerhead sits surrounded by cream-white involucral bracts, again with a hairy margin. In the wild this species grows in the fynbos habitat of South Africa. The genus name comes from the Greek leucos, meaning white, and dendron, meaning tree, and refers to the more widely known silvertree (Leucadendron argenteum). The specific name discolor refers to the flowerhead of the male plant, whose colouring changes from bright red when in bud, to yellow as the pollen appears.