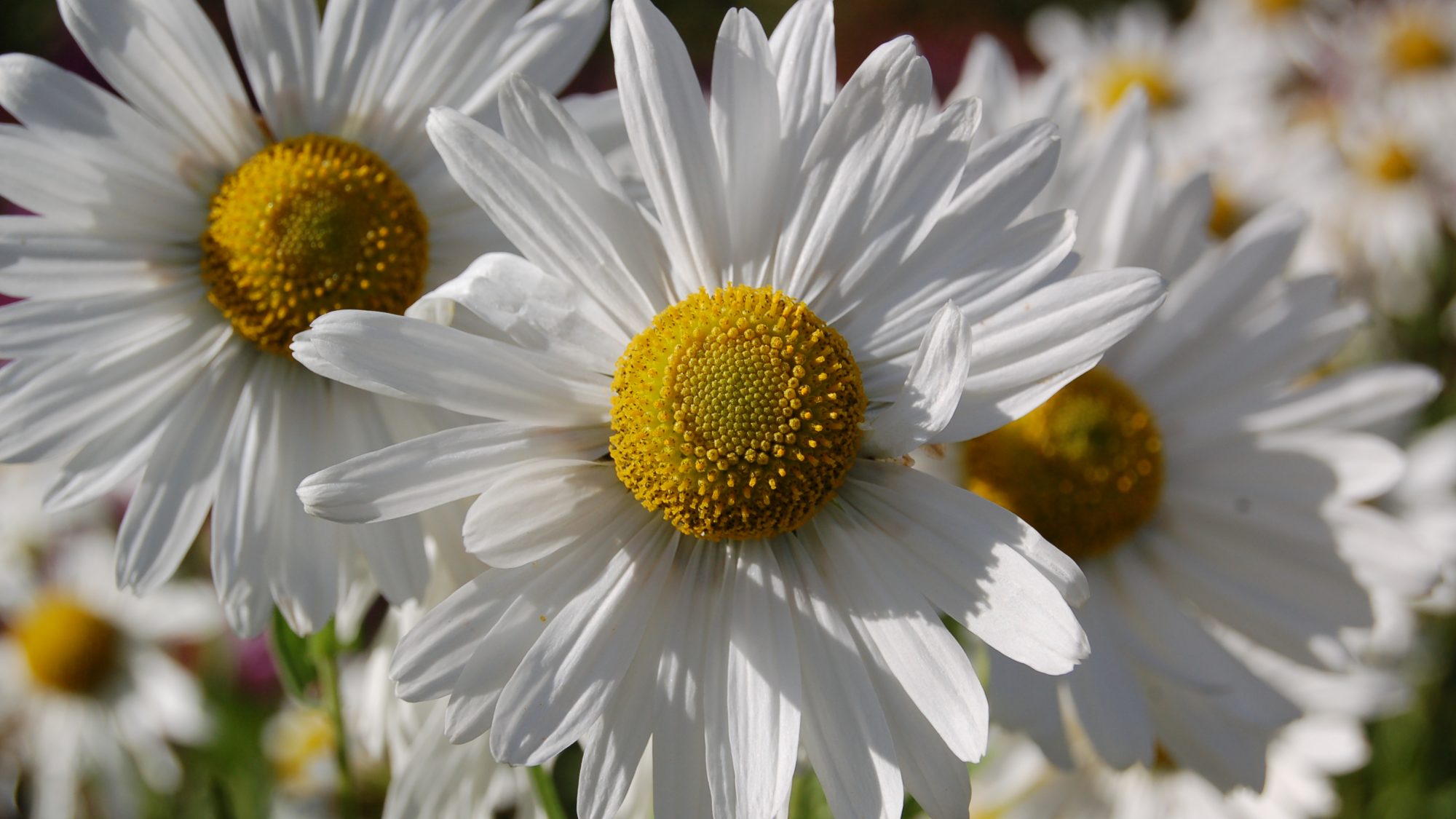 This erect daisy brings a welcome splash of colour to the Herbaceous Beds.

One of only two species, Leucanthemella serotina originates from northern Europe, where it grows in damp meadows. It has an erect habit, producing stems to 1.5m in height, with alternate, toothed leaves. In early autumn it produces single or lax corymbs of flowers, which will persist until the first frost. The pure white florets are punctuated by a central disc of flowers typical of the daisy family (Asteraceae) to which it belongs. In addition to its value in bringing late interest to the garden, L. serotina is also a good cut flower.