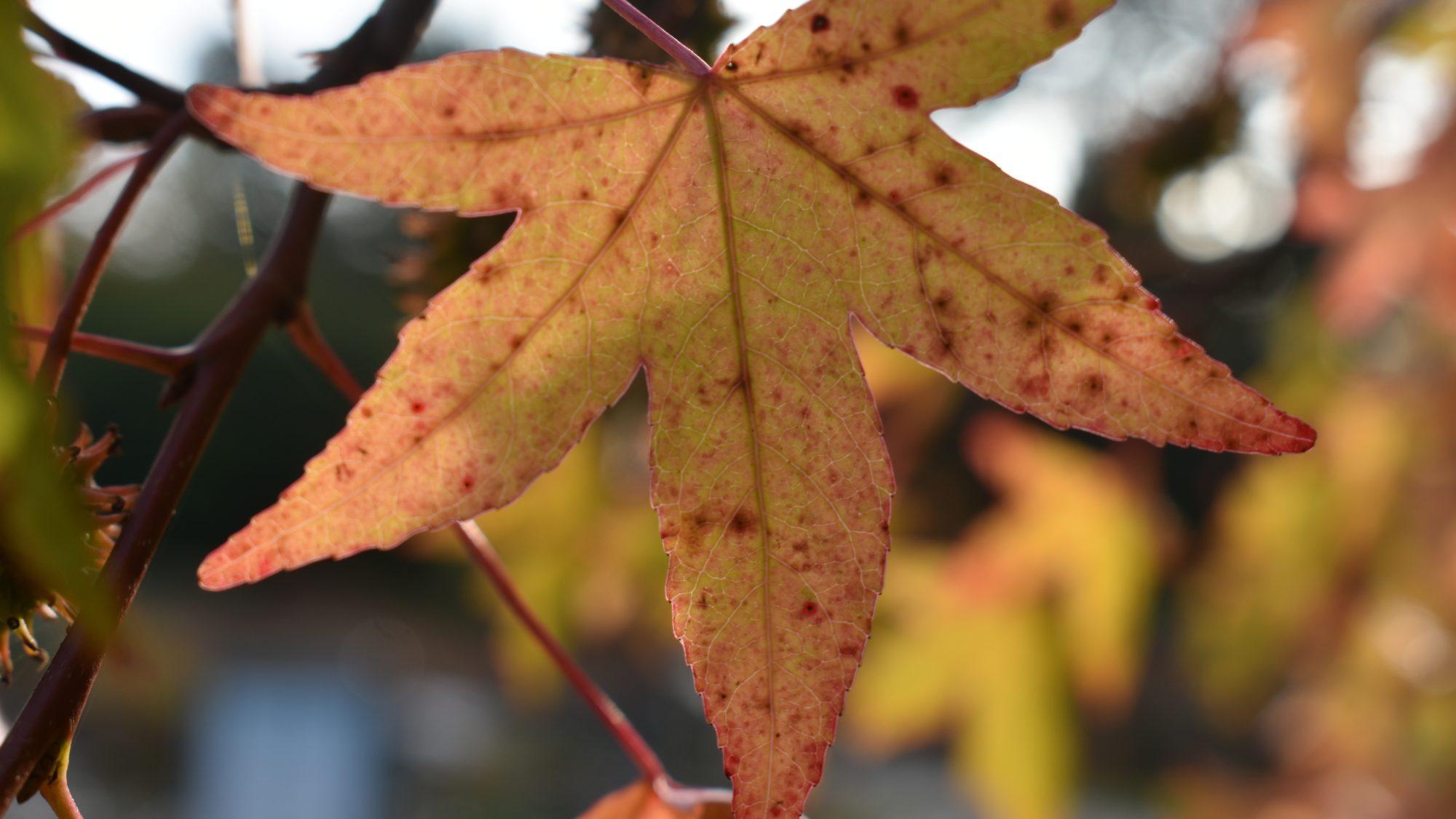 Sitting on the north side of the Lake, this ornamental sweet gum is beginning to show signs of autumn colour.

Liquidambar orientalis is a native of western Asia, where it grows in forests in warm zones, and favours moist soils. Growing to up to 30m it has five-lobed leaves and is often mistaken for a maple (Acer), though has alternate, not opposite leaves. These take on rich wine, glowing orange, and vibrant red hues in autumn, and can emit a sweet, pineapple fragrance when crushed. Small, insignificant flowers are formed in spring at the terminal of the shoot and the emerging leaves, with male flowers produced in short racemes, while the females appear individually. The attractive fruits resemble nutty clusters, with each individual seed capsule producing a beak, and these will ripen and remain on the tree well into a second year, so that the previous year’s fruits and the current year’s can be seen together. During autumn it gradually takes on colour, building from a base of yellow, speckled with reds, to a full wash of deep red colouring. The common name sweet gum is applied in reference to the resin, or liquid storax, which is produced from the inner bark and which has been used as a remedy for bronchial conditions in treatments such as friar’s balsam.