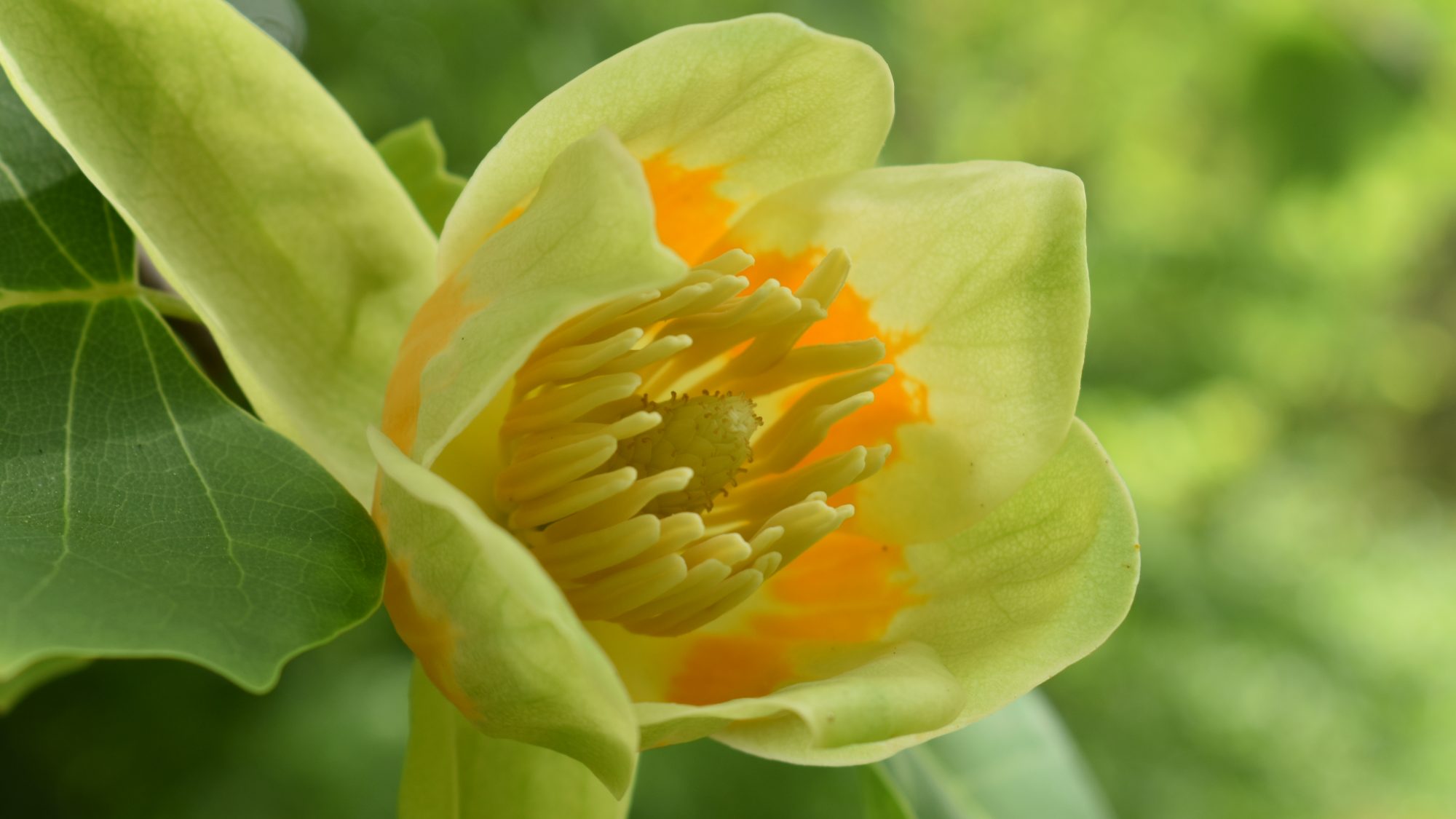 This stately tree is reputedly the largest of it’s kind in Cambridgeshire, and can be seen in full flower at the back of the Magnolia collection on the Lynch Walk.

In it’s native homeland in the north and eastern United States, Liriodendron tulipifera can grow to almost 60m.  It is a distinct tree with saddle-shaped foliage, and cup-shaped flowers.  These are a whitish-green in colour, and have an orange-yellow central spot and a pronounced pistil surrounded by several stamens.  There is debate about the origin of the common name ‘tulip tree’, with some considering that it refers to the leaf shape, which resembles a tulip in silhouette, though it is more likely to have been assigned in reference to the similarity of the flower to that of a tulip.  The generic name Liriodendron comes from the Greek leirion, meaning lily, and dendron meaning tree.  It’s exact date of introduction to British gardens is unknown, though it was probably introduced in the early 1600’s.