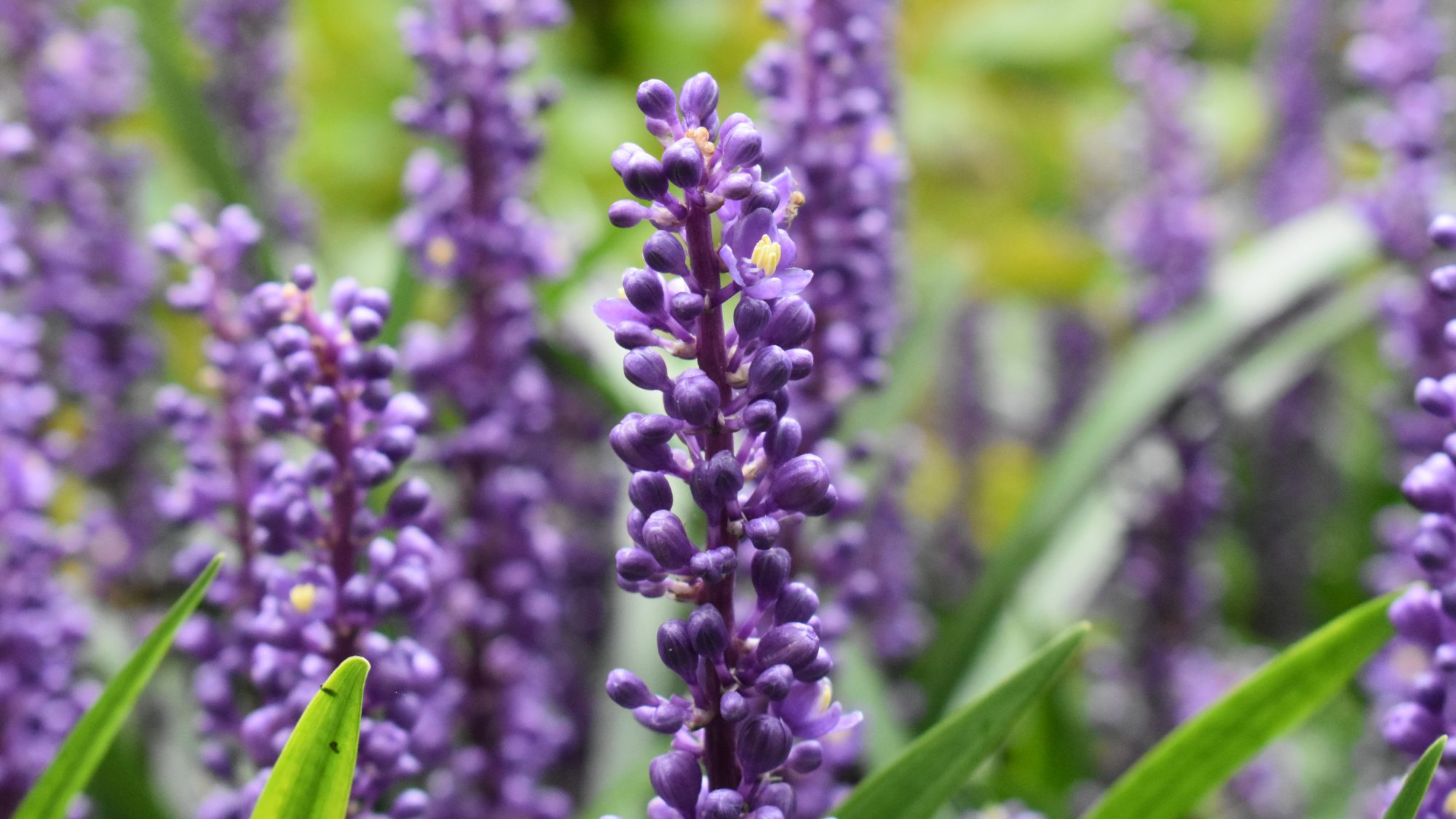 Nestled in the Woodland Garden the delicate flowers of this plant provide valuable seasonal interest.

It is easy to overlook this member of the Asparagaceae for much of the year, though it is hard to ignore in autumn when dense spikes of violet-mauve flowers are produced from a clump of strap-shaped leaves. Originating from China, Japan and Korea, Liriope muscari, or lilyturf, is one of only five or six species of semi-evergreen woodland perennials found in eastern Asia. Resembling the spring-flowering grape hyacinth, or Muscari, the spherical flowers of this species are held in spikes on purple-green stems to 30cm, and are followed by black fruits.