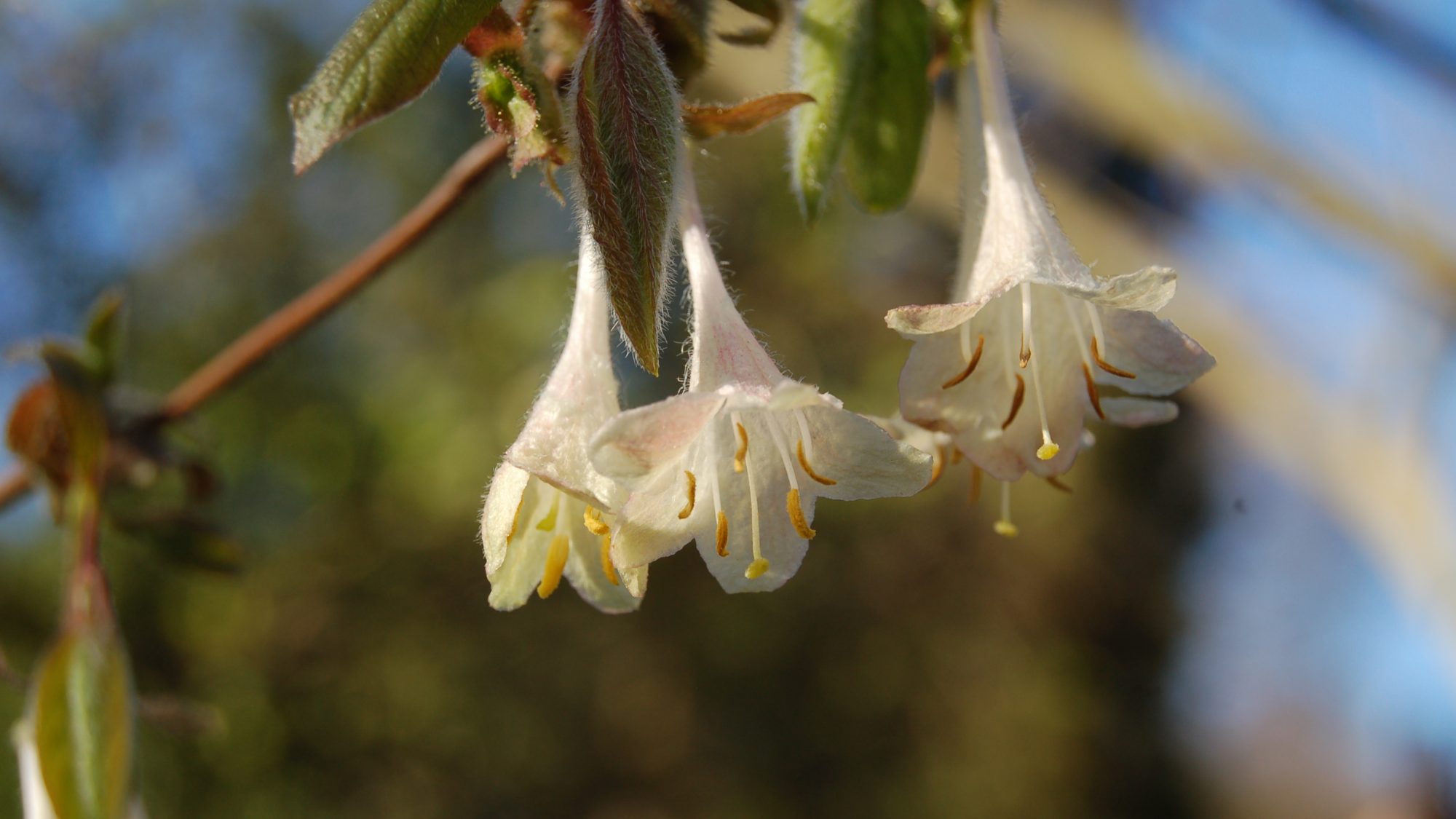 The elegant flowers of this shrubby honeysuckle can be seen gracing the Lonicera collection.

The genus Lonicera contains approximately 180 species of evergreen and deciduous shrubs and climbers from the northern hemisphere, which have opposite leaves and tubular, funnel or bell-shaped flowers. Lonicera elisae is an upright shrub reaching 2.5m in height, and bears pendent, tubular flowers in mid-winter, which precede the hairy foliage. This Chinese species was first described in the nineteenth century from an herbarium specimen collected by the botanist Adrien Franchet, but was only introduced into cultivation in the 1980’s by Roy Lancaster. The genus Lonicera takes its name from the German botanist Adam Lonitzer (1528 – 1586), and this species is named in honour of the wife of the French botanist and chemist Louis de Vilmorin, Elisa. The Garden holds the Plant Heritage National Collection of shrubby Lonicera, which can be found at the eastern end of the Fairway, and which has floral interest for much of the year, including winter.