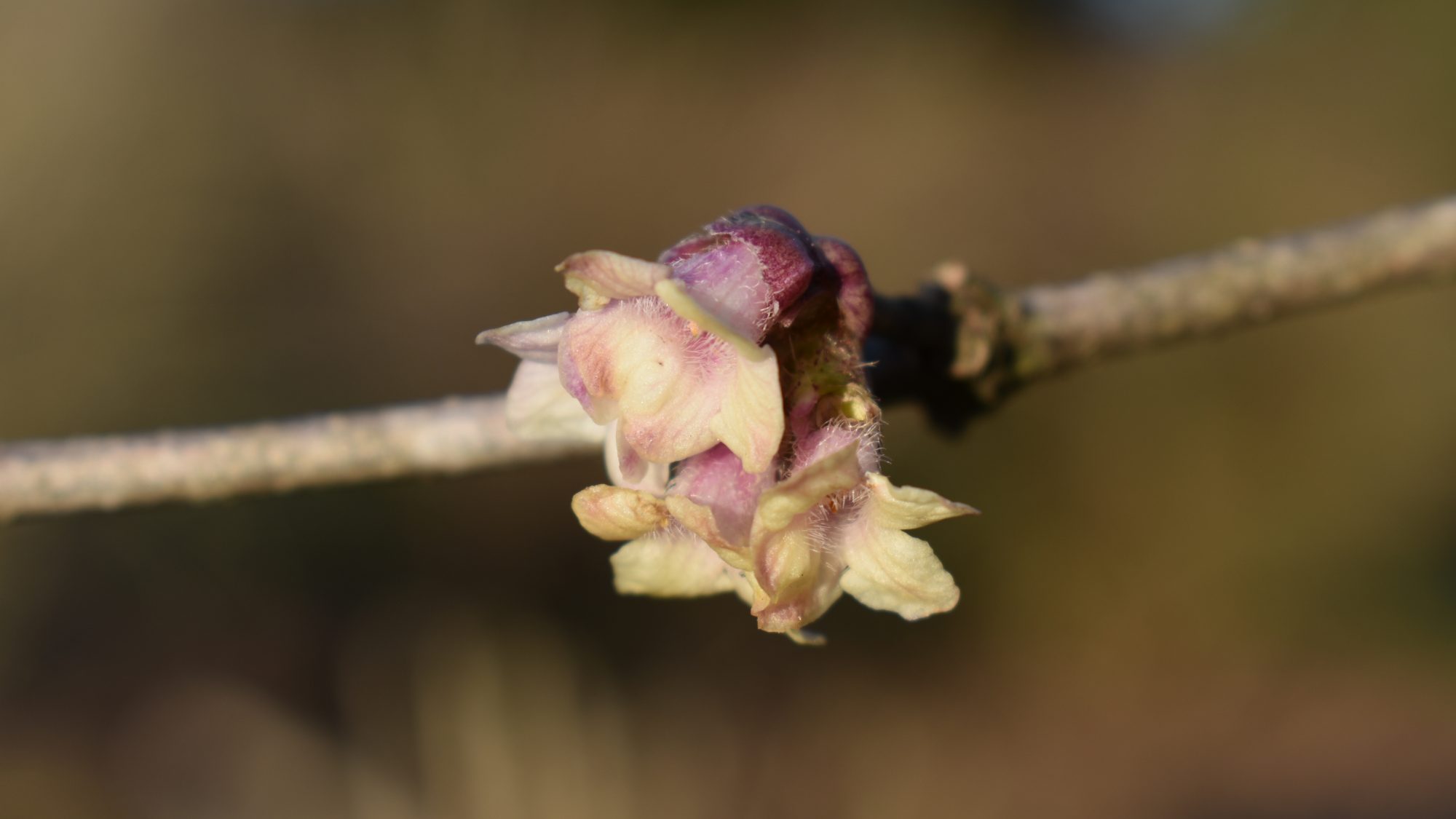 Many of the shrubby honeysuckles flower from winter into early spring, including this one, Lonicera setifera.

Lonicera setifera is one of approximately 200 species of honeysuckles.  It is something of a rarity in gardens, often being overlooked for the more widely grown, highly scented, winter-flowering L. x purpusii. First described in 1896 by the botanist Franchet, it was not introduced into cultivation from it’s native Hubei, China, until 1920 by Joseph Rock.  It was later reintroduced to our gardens by Frank Kingdon-Ward in the 1920’s, and a 1980’s British expedition which included Roy Lancaster and Tony Schilling.  It grows to 3m in height and has white, tubular flowers suffused with pink, which are held in clusters. The epithet setifera means bristle-bearing and refers to the bristly hairs on the leaves, floral bracts and corolla, which distinguish it from other species of Lonicera.