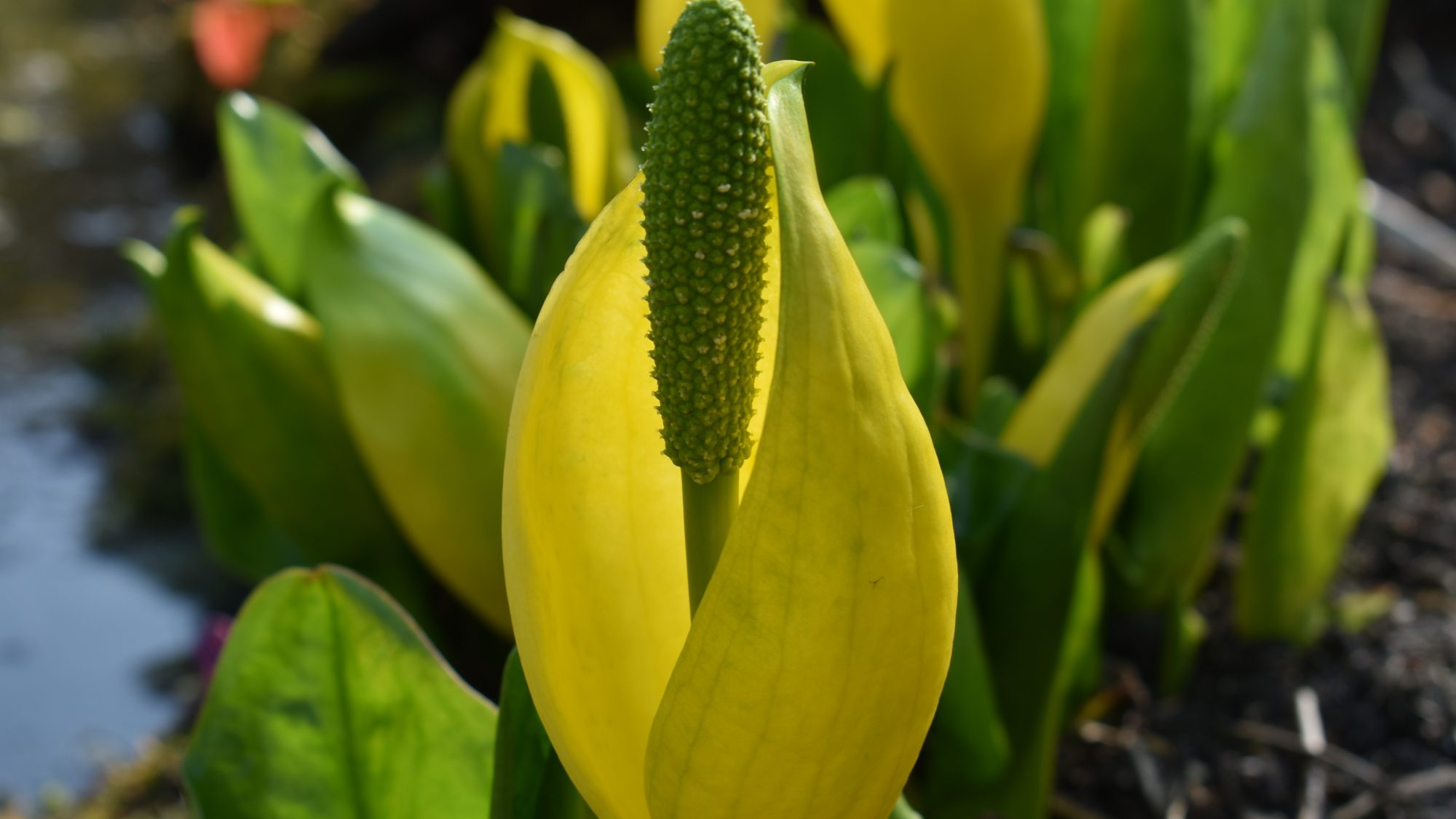 This distinct plant is producing spathed flowers along the stream margins.

A dramatic addition to the streamside, Lysichiton americanus is a native of western North America, where it grows in peaty marshlands. The heads of the spathes (or hoods) nudge through the soils surface before the foliage in early spring, and take on their rich-yellow colouring as they emerge. As is typical of members of the Araceae, or arum family, the spathes surround a columnar spadix, which comprises many small, bisexual flowers. It is from this floral structure that the genus takes its name, with the Greek lysis meaning loosening or releasing, and chiton meaning a cloak. The spadix emits a musky smell, attracting adult rove beetles that feed on the pollen. Glossy, leathery foliage growing to 120cm in length give rise to the common name skunk cabbage. L. americanus has been grown in British gardens since the early twentieth century, and has naturalised in some parts of southern and western Britain and also in parts of Europe, and as such, is considered a threat to native floras.