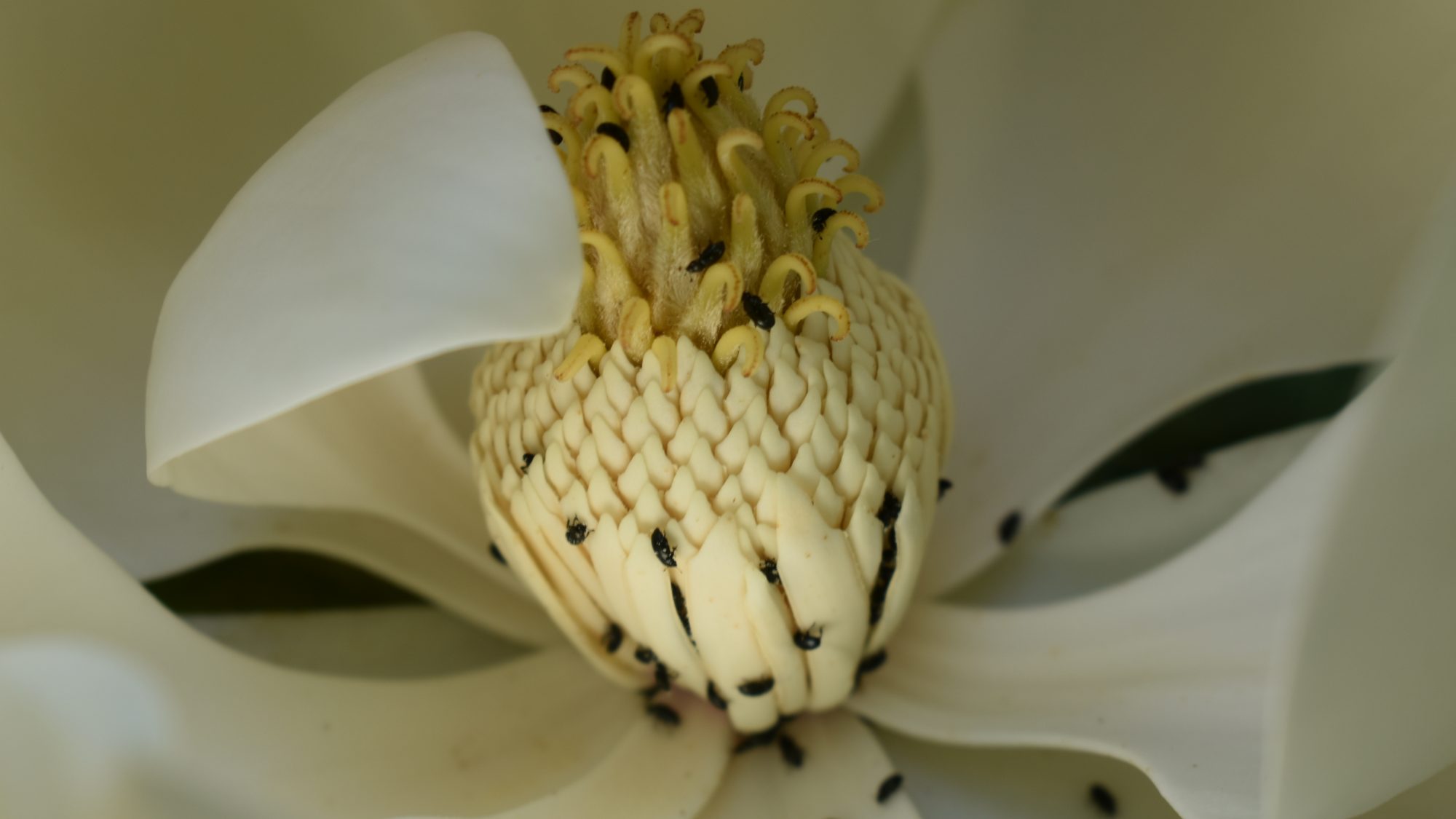 This magnificent evergreen is producing eye-catching blooms in the magnolia collection.

Magnolia grandiflora is a distinct member of this familiar genus. The glossy, evergreen leaves have a covering of rust-coloured hairs, or indumentum, on the underside. From late summer through to autumn it produces a succession of large, fragrant, goblet-shaped flowers, which emerge from a downy, terminal bud. Reaching 15m in height this is a shrub for a sheltered position in a large garden, which tolerates alkaline conditions, though it can take 15 years to flower. It was first introduced to English gardens in the early eighteenth century from it’s native United States. It’s natural range is North Carolina to Florida and Texas where it is known as the southern magnolia or bull bay, as it bears a resemblance to the North American red bay (Persea borbonia).