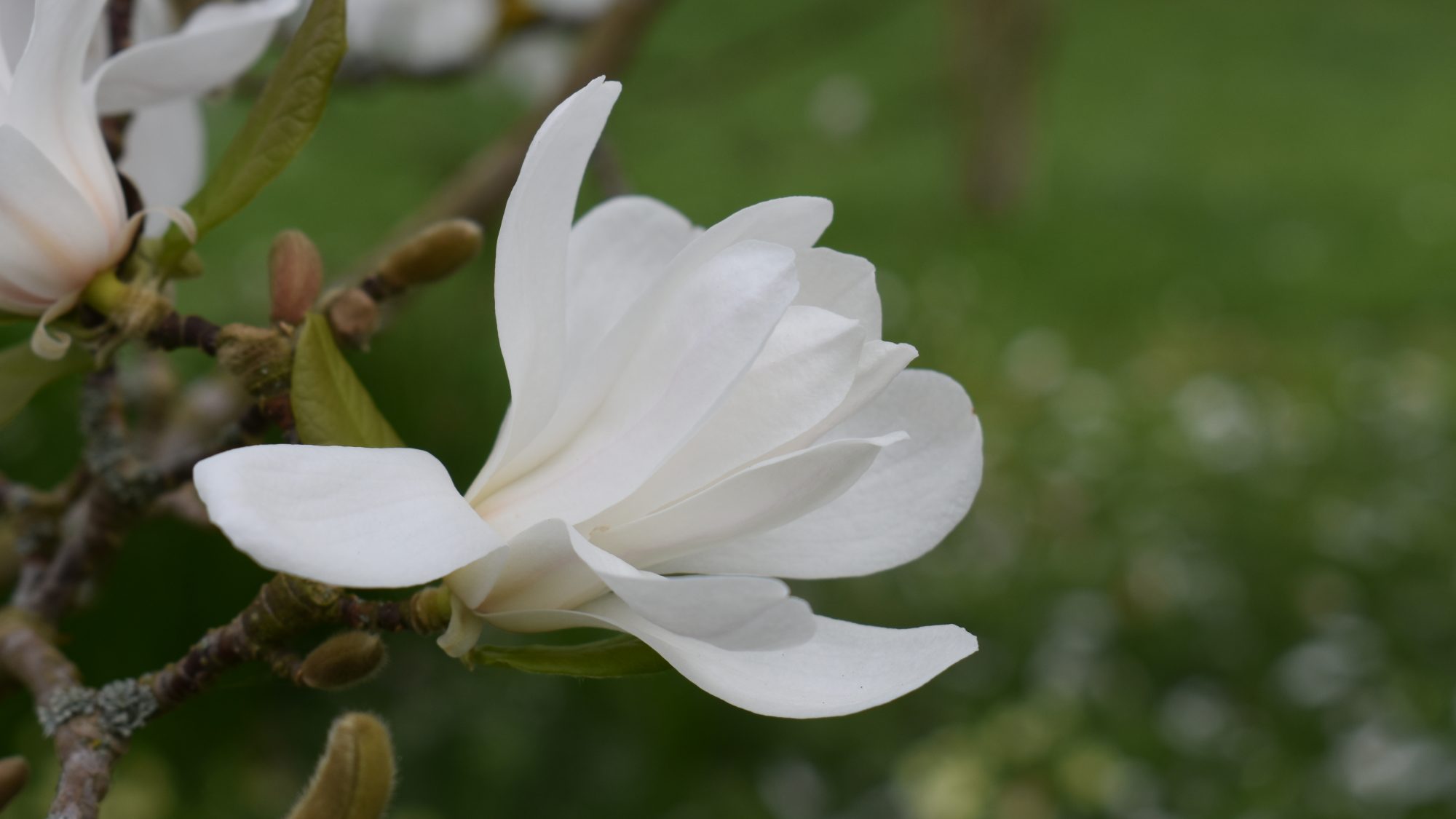 The magnolias continue to provide floral interest, including this one, Magnolia x loebneri ‘Merrill’.

Magnolia x loebneri is a hybrid species, raised from a cross between the Japanese species, M. kobus and M. stellata, in Germany shortly before World War I.  ‘Merrill’ was later raised from a further cross at the Arnold Arboretum in Massachusetts, and is distinct from the original cross in having broader leaves, and more numerous, and wider, petals.  The flower buds are initially goblet-shaped, but reflex as they open to produce a loose star shape.  This selection can reach 8m in height.