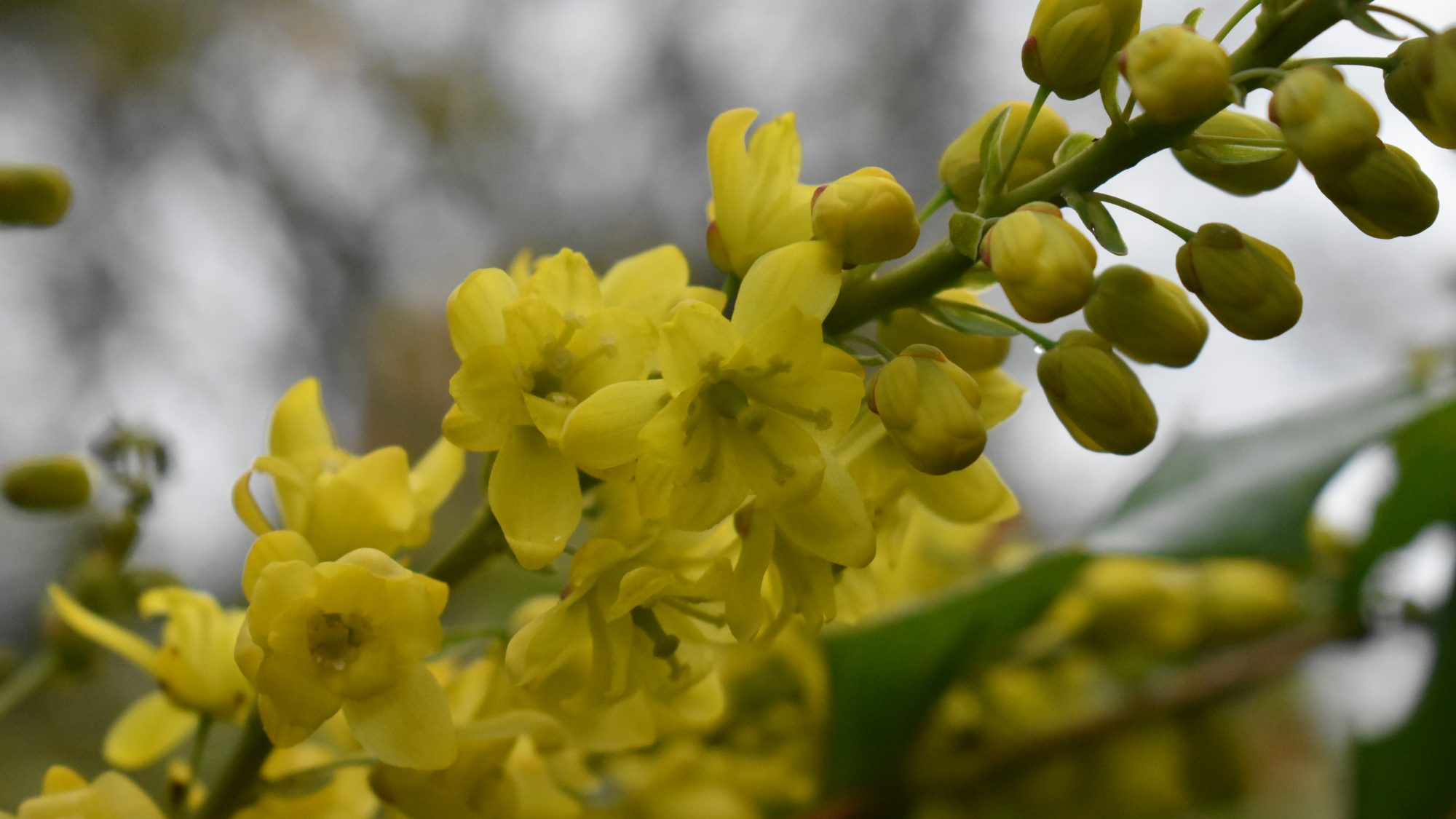 The Oregon grapes provide valuable winter colour and scent, including this one, Mahonia x lindsayae ‘Cantab’ in the Woodland Garden.

A member of the barberry family (Berberidaceae) the genus Mahonia comprises approximately 70 species of evergreen shrubs from the Himalaya, eastern Asia and North and Central America. Members of the genus have distinctive spiny foliage and racemes or panicles of cup-shaped flowers, which are usually highly fragrant. Many are valued for their winter flowers and their structural habit. This one originates from a collection of seed supposedly made from Mahonia lomariifolia by the plant collector George Forrest and Lawrence Johnston of Hidcote and la Serre de la Madone, gardens during an expedition to Yunnan in 1930. Upon his return Johnston raised seedlings of this collection which were distinct from M. lomariifolia. Johnston was later to gift Hidcote to the National Trust under the care of Norah Lindsay, who subsequently invited John Gilmour and Bob Younger of Cambridge University to visit Hidcote and help themselves to any plants of interest to them. Among their collections were seedlings of the distinct Mahonia, which the Garden’s taxonomist Peter Yeo later assigned the name Mahonia x lindsayae ‘Cantab’ .