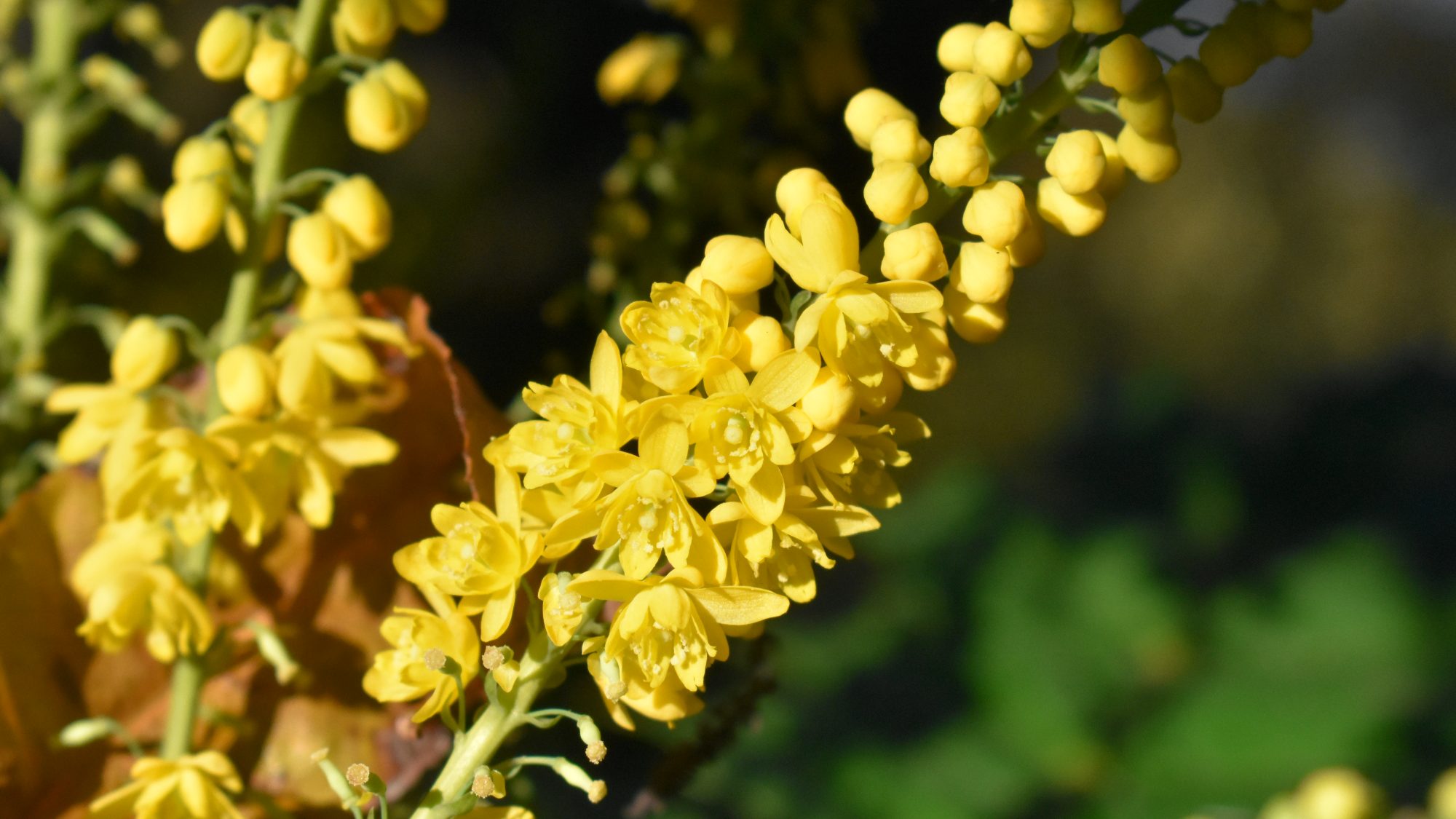 This early winter-flowering Oregon grape is putting on a show in the Woodland Garden.

Mahonia x media was raised in Ireland in the 1950’s by the Slieve Donard Nursery Company of Northern Ireland from a cross of the Chinese M. japonica and M. lomariifolia. Since then this cross has been made by several breeders, including Lionel Fortescue who developed The Garden House at Buckland Monachorum in Devon from the 1940’s to the 1980’s. M. x media ‘Lionel Fortescue’ is regarded as one of the most admired hybrids, flowering earlier than the more widely grown ‘Charity’, and having longer flower spikes than other hybrids. The fragrant terminal racemes of flower sit in a whorl of glossy, spine-tipped leaves which reach 45cm in length. A member of the barberry family (Berberidaceae), the wood has the yellow colouring typical of the family. This is an attractive shrub for the winter garden, which enjoys sun or shade.