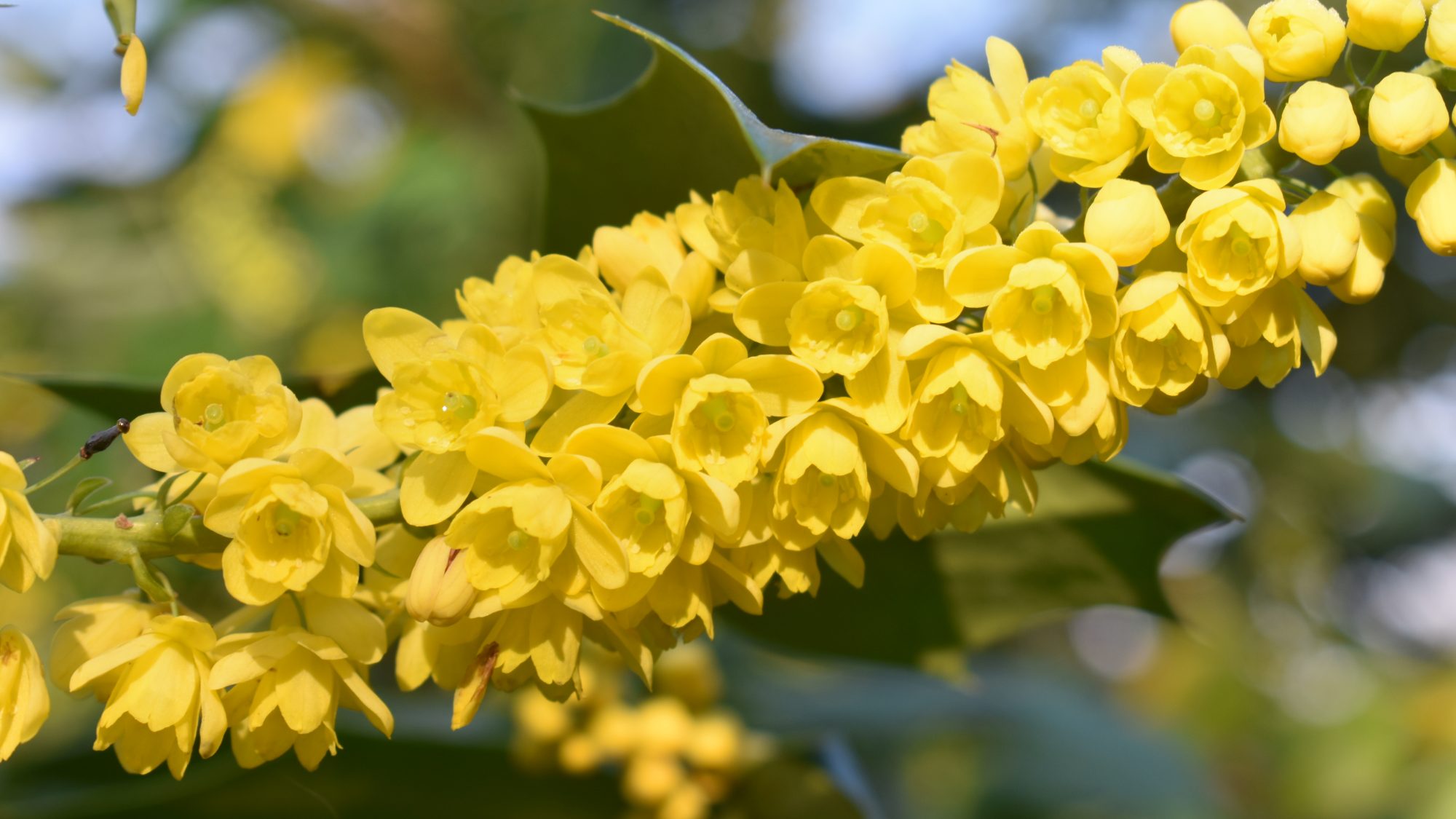 This large, evergreen shrub is bringing seasonal colour to the Woodland Garden.

A member of the berberis family (Berberidaceae), the genus Mahonia contains approximately 70 species of evergreen shrubs. Distributed throughout the Himalaya, east Asia, and North and Central America, all species grow in rocky substrate and woodland. All have alternate, pinnate, spiny foliage, and carry racemes of cup-shaped flowers. Mahonia x media ‘Underway’ is a hybrid of the Asian species M. japonica and M. lomariifolia, and is one of several widely grown hybrids raised at the Slieve Donard Nursery (1904-1974), Northern Ireland. ‘Underway’ is a good, robust selection which can reach 3m in height and 4m in width. It is a suitable candidate for the back of a shady border, where its evergreen foliage provides a good foil for neighbouring plants in summer, while in winter it offers valuable structure, colour and fragrance.