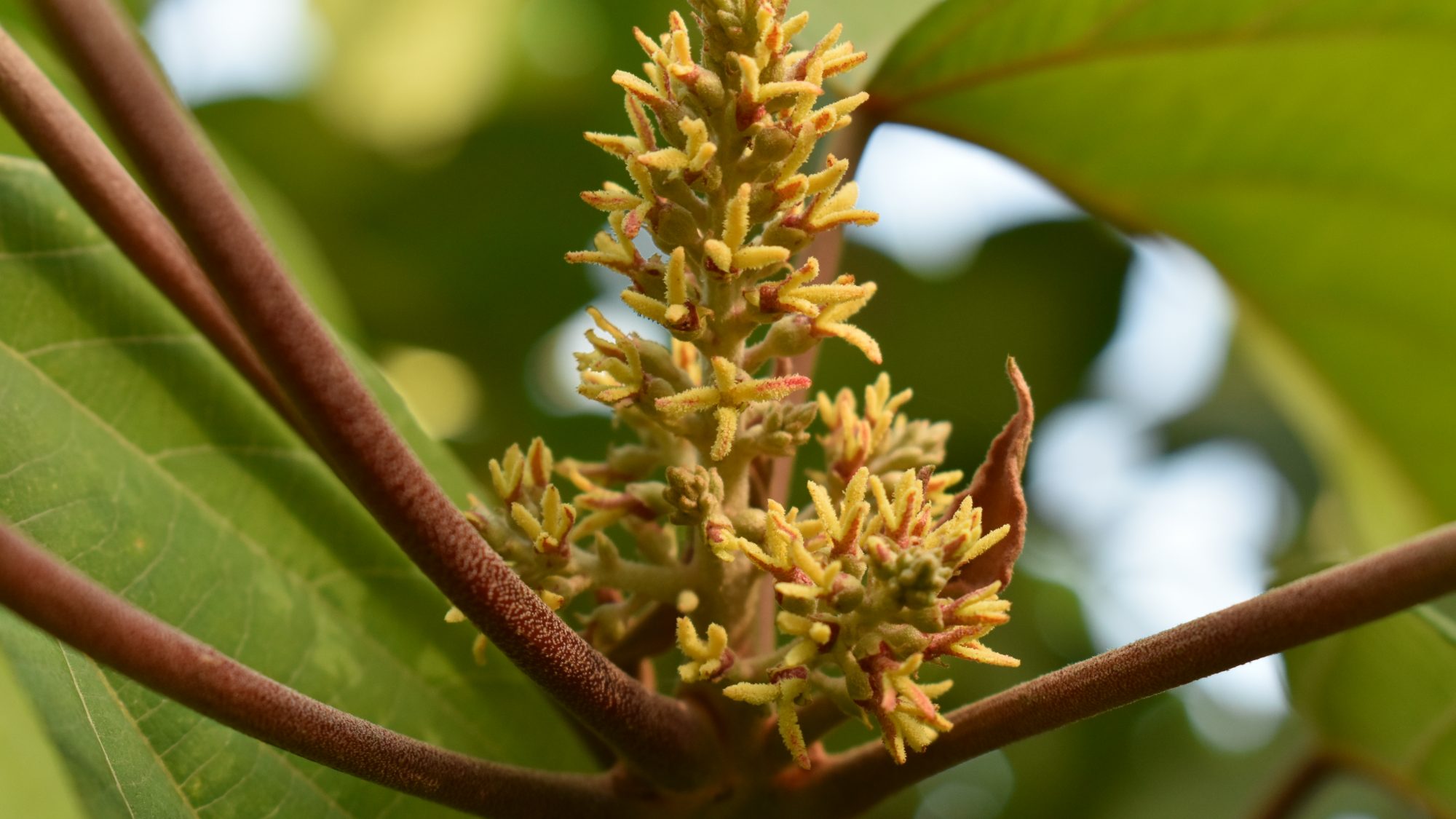 This unusual shrub is bearing flower on the eastern side of Brookside lawn.

A deciduous shrub, Mallotus japonicus, or the food wrapper plant, is a native of China, Japan and Korea. The alternate, large leaves resemble those of the bean trees (Catalpa), though in this case they often have two lobes, and these have a reddish tinge when emerging, as do the young shoots. Dioecious (male and female on separate plants) cream-white flowers are produced in late summer and autumn with us, providing we have had a hot, dry summer. The flowers are held in dense spikes, with the males producing numerous stamens and the females producing three or four styles. A member of the spurge family (Euphorbiaceae), M. japonicus takes its generic name from the Greek mallotos meaning woolly, in reference to the hairy leaves, shoots and spiny fruits displayed by some members of the genus.