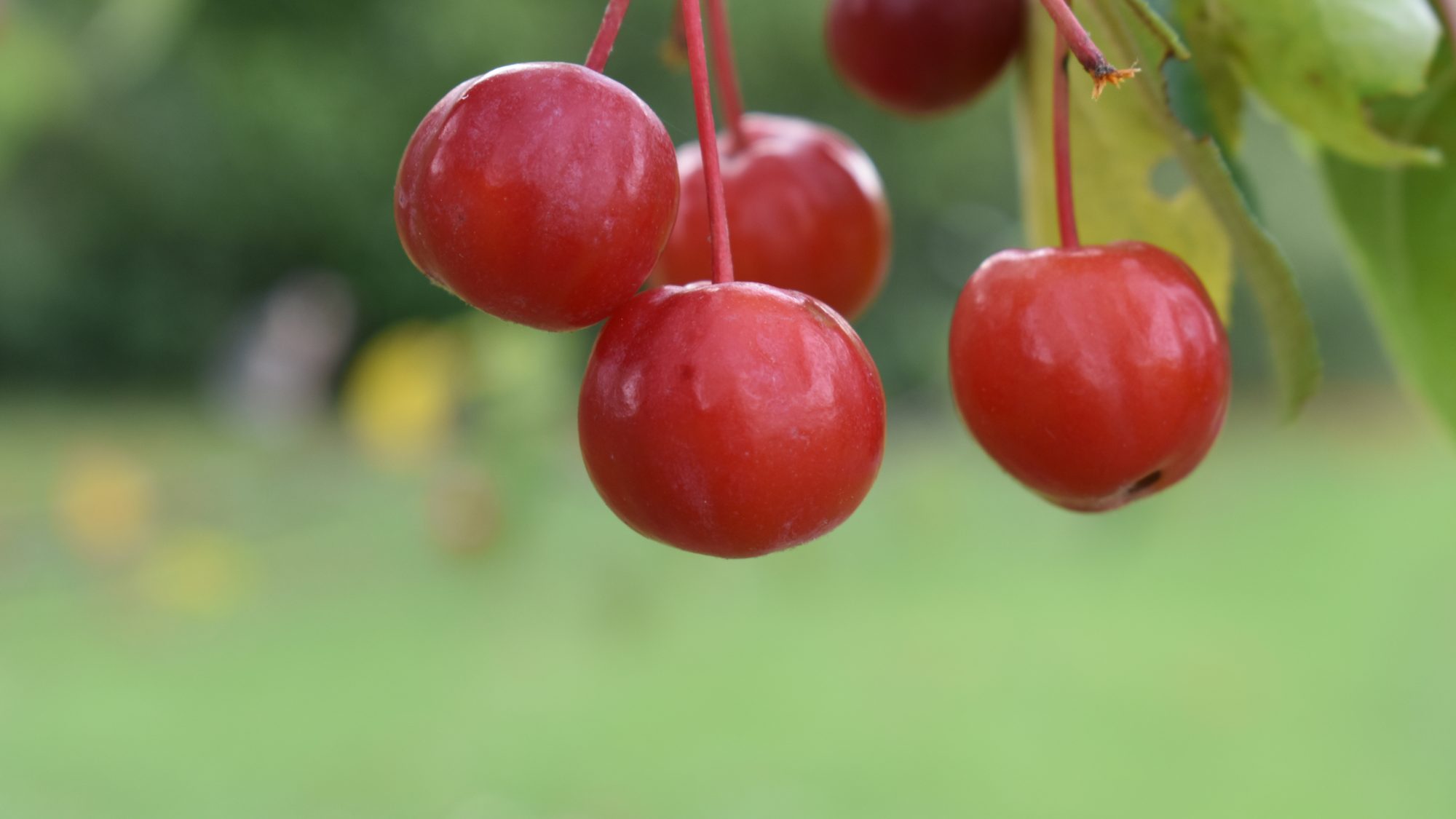 The crab apples reliably produce autumnal fruits including this one on the South Walk.

One of 35 species of flowering trees from Europe, Asia and North America, Malus hupehensis originates from central and western China. In April it produces clusters of three to seven fragrant white flowers typical of the Rosaceae family to which it belongs. These are followed by globose, glossy fruits to 1-2cm which ripen to a cherry red. This species can reach 12m in height and width, and is regarded as one of the most attractive of the Malus. It was intrduced to our gardens in 1900 by the acclaimed plant hunter Ernest Wilson while collecting for the Veitch nursery. It has the synonym M. theifera in reference to the use of the leaves by the Chinese natives who produced a tea-like drink, known as red tea, from the boiled leaves.