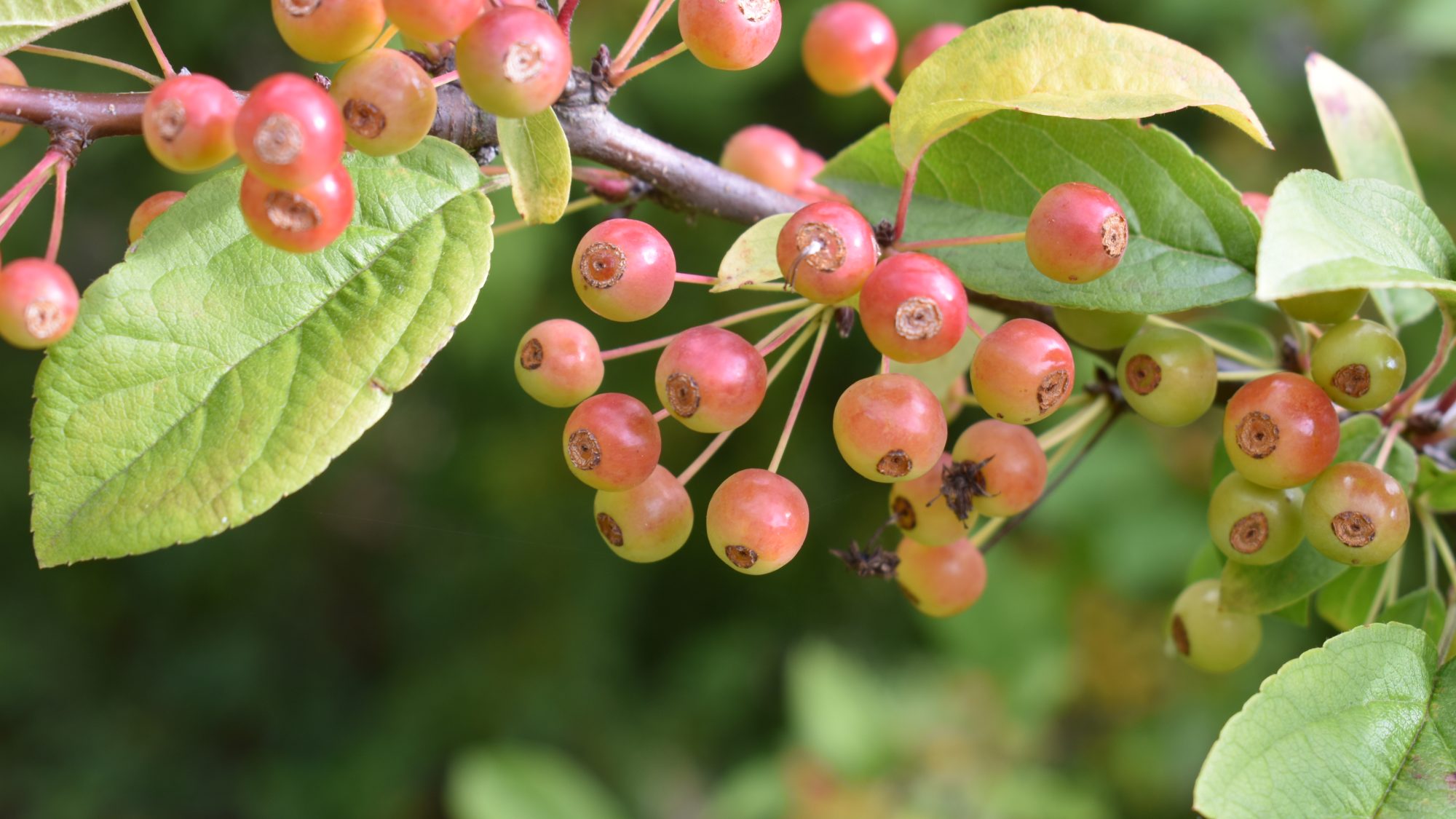 This small crab apple at the eastern end of the South Walk is decorated with attractive fruits.

Reaching only 5m in height Malus sieboldii is a good selection for the small garden. It is a rare species whose leaves are variable in shape, are often toothed, and produce orange and red autumn colour.  Clusters of fragrant pale to rose-pink flowers are borne in April. It has small, pea-sized fruits which lack a calyx lobe, and which can be either red or yellow. This is the red form which is occasionally referred to as ‘Red Crabs’. A Japanese species, it was introduced to our gardens in 1856 by the German physician and botanist Philipp Franz von Siebold (1796-1866) who was based in Nagasaki as a doctor.  The species is synonymous with M. toringo.