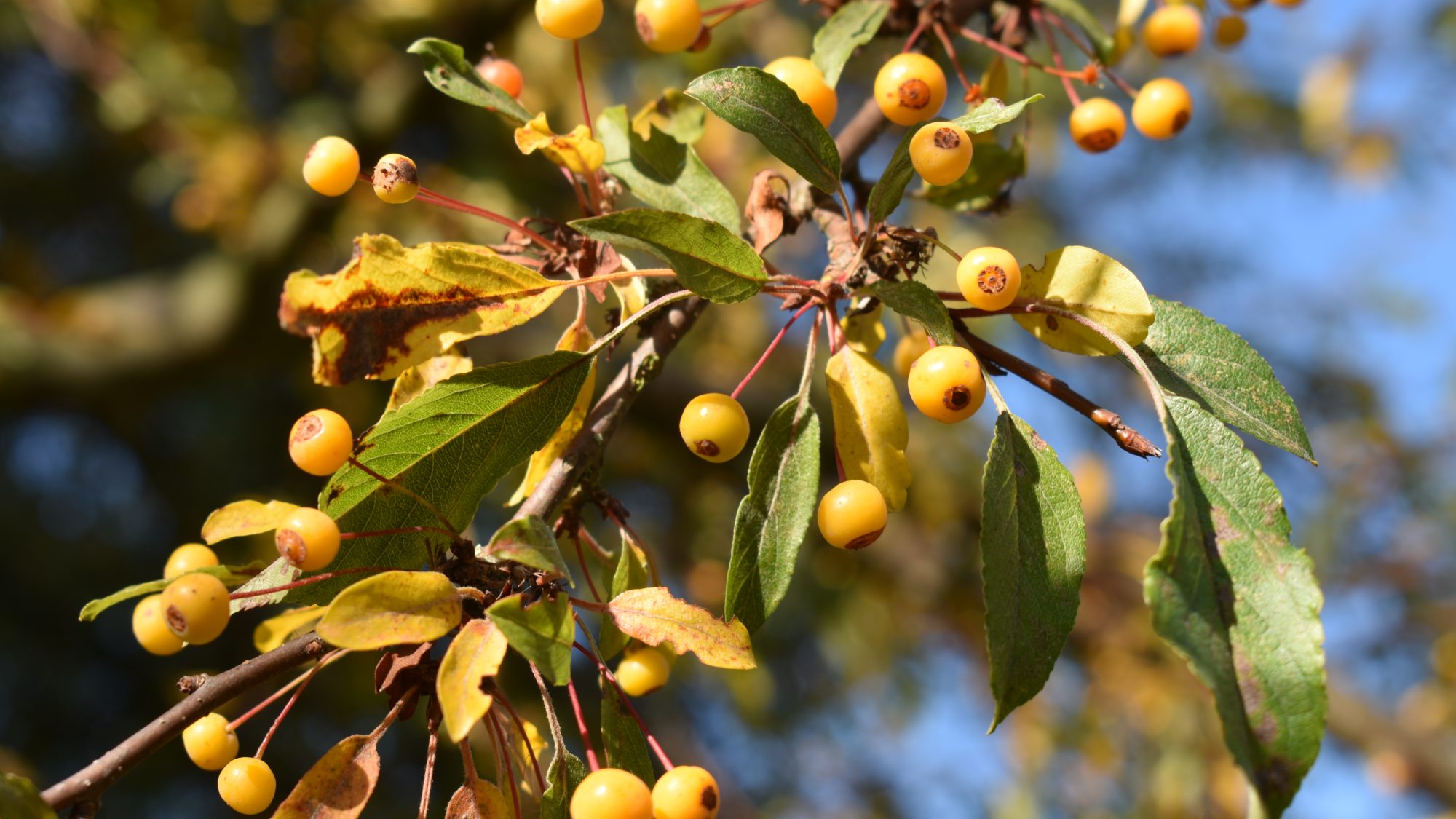 Situated beside the South Walk, this charming tree is dripping with fruit.

Malus transitoria is a small, spreading tree, which can reach 8 m in height and spread. At this time of year the downy, lobed and toothed leaves take on rich yellow tones. Delicate golden fruits, which give rise to the common name for this tree of golden raindrops, drip from the branches. Although edible these are so small as to be considered unworthy of human consumption, though they provide a welcome food source for birds. In spring, six to eight white, star-shaped flowers are held in terminal corymbs, and emerge from pink-tinged buds to cover the entire canopy of the tree in clouds of blossom. This species originates from north-western China, where it grows in thickets, slopes and roadsides at altitudes ranging from 1500m and 3900m. It was first introduced into cultivation by the plant collector William Purdom from Gansu province in north-western China in the early 1900’s.