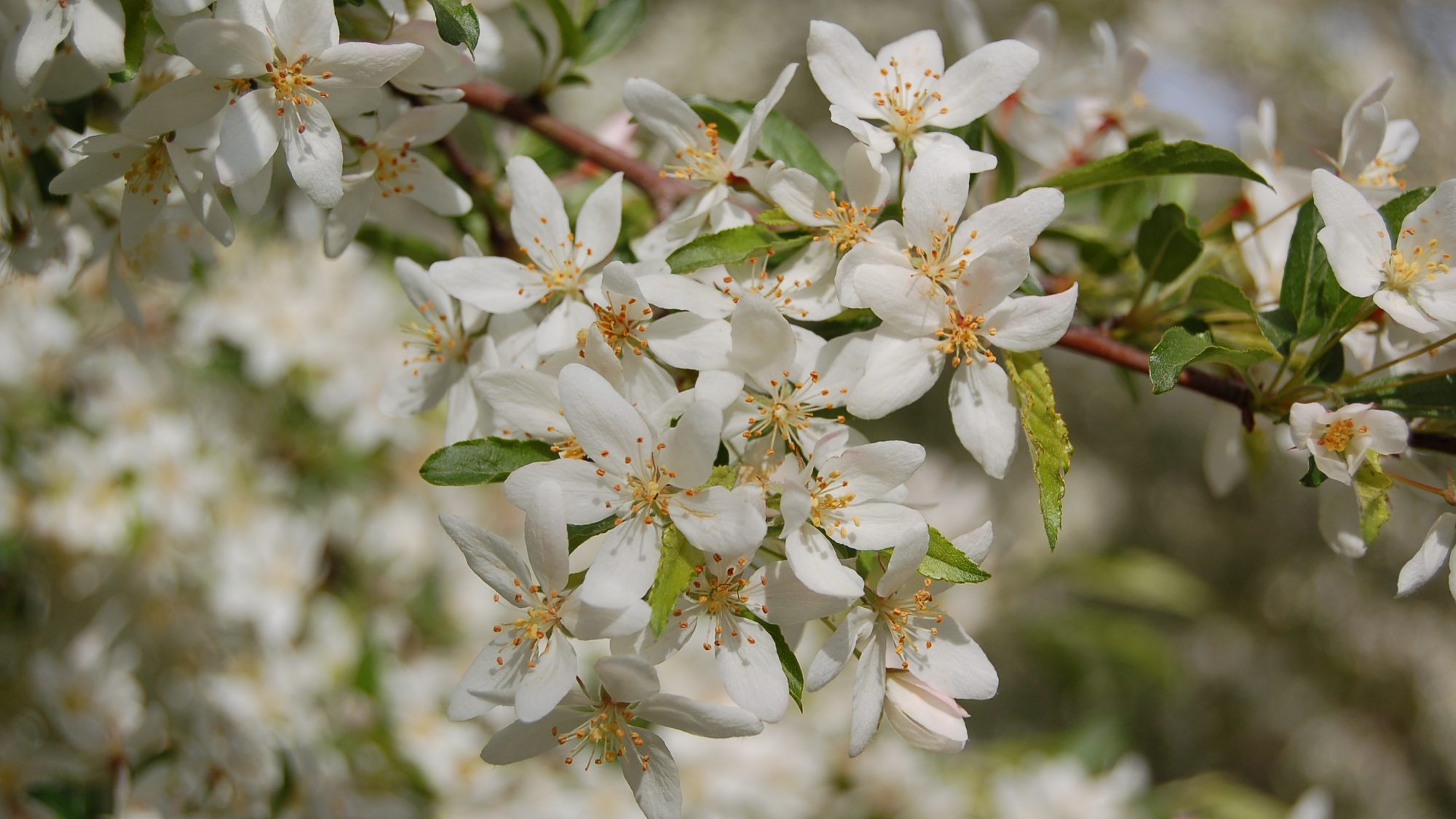 This charming, spreading crab apple punctuates the eastern end of the South Walk.

Malus transitoria is a small, spreading tree, which can reach 8m in height and spread.  Six to eight white, star-shaped flowers are held in terminal corymbs, and emerge from pink-tinged buds to cover the entire canopy of the tree.  The downy, lobed and toothed leaves take on rich yellow tones in the autumn, and these are accompanied by delicate golden fruits.  This species originates from north-western China, where it grows in thickets, slopes and roadsides at altitudes ranging from 1500m and 3900m.  It was first introduced into cultivation by the plant collector William Purdom from Gansu province in north-western China in the early 1900’s.