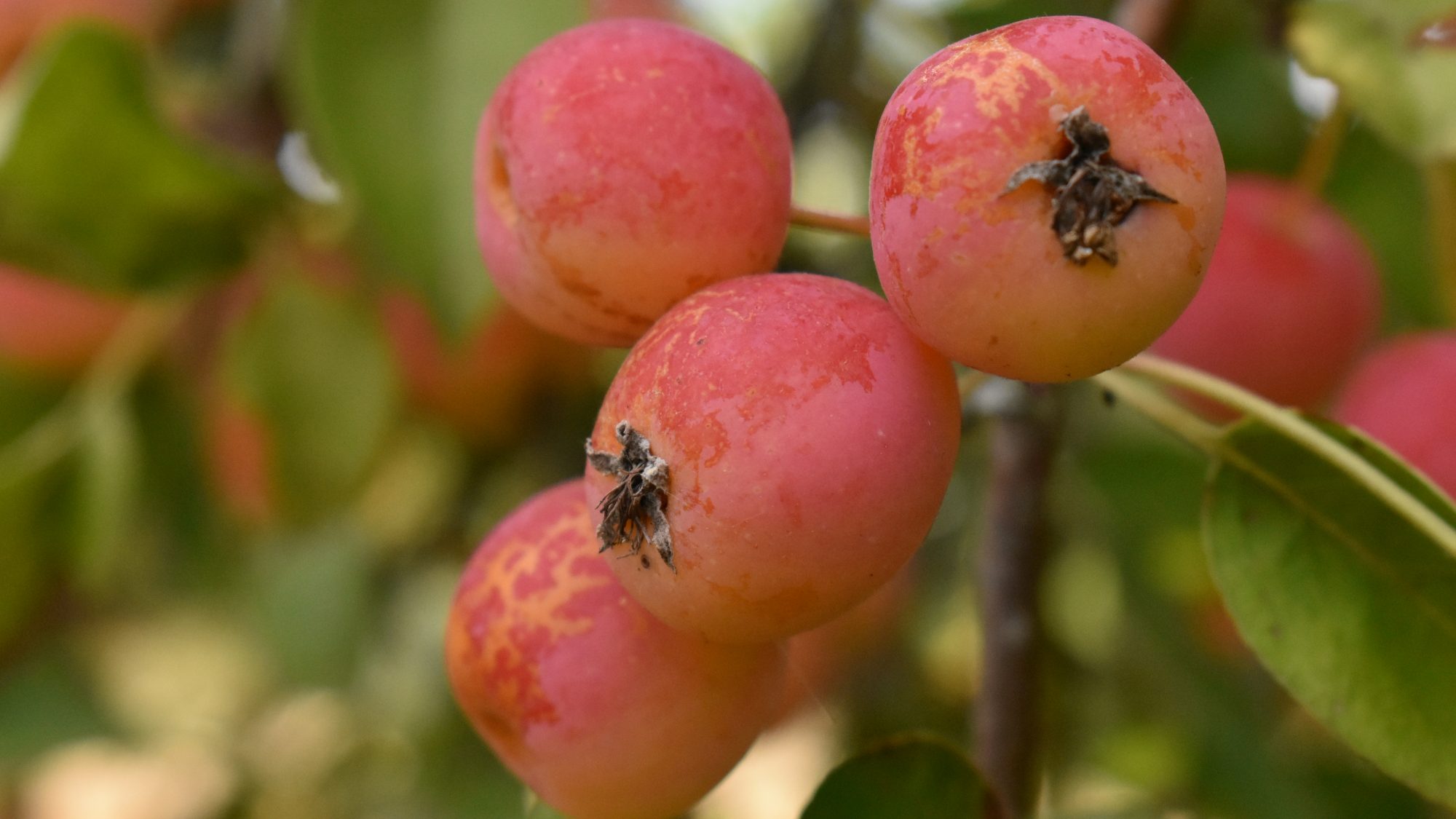 Sitting at the back of the western end of the Chronological Bed this crab apple is full of fruit.

The crab apples (Malus) number some 35 species of European, Asian and North American trees and shrubs. This one, the Siberian crab, is a hybrid of the Asian Malus baccata and M. prunifolia, and though offspring from this hybrid can bear a strong resemblance particularly to M. baccata, the fruits are somewhat larger, and the leaves have a downier underside. It is unknown when M. x robusta was first cultivated in the United Kingdom, but records indicate that Cambridge University Botanic Garden raised a Siberian crab, known as Bigg’s everlasting crab, in 1814 from Siberian seed, though we have no records to suggest that this plant, or its progeny is now in our collection. M. x robusta can grow to 12m, and produces umbel-like clusters of pink-white flowers in April and May. Numerous well known selections of this hybrid are more widely grown, including M. ‘Red Sentinel’ which grows at the back of the Winter Garden.