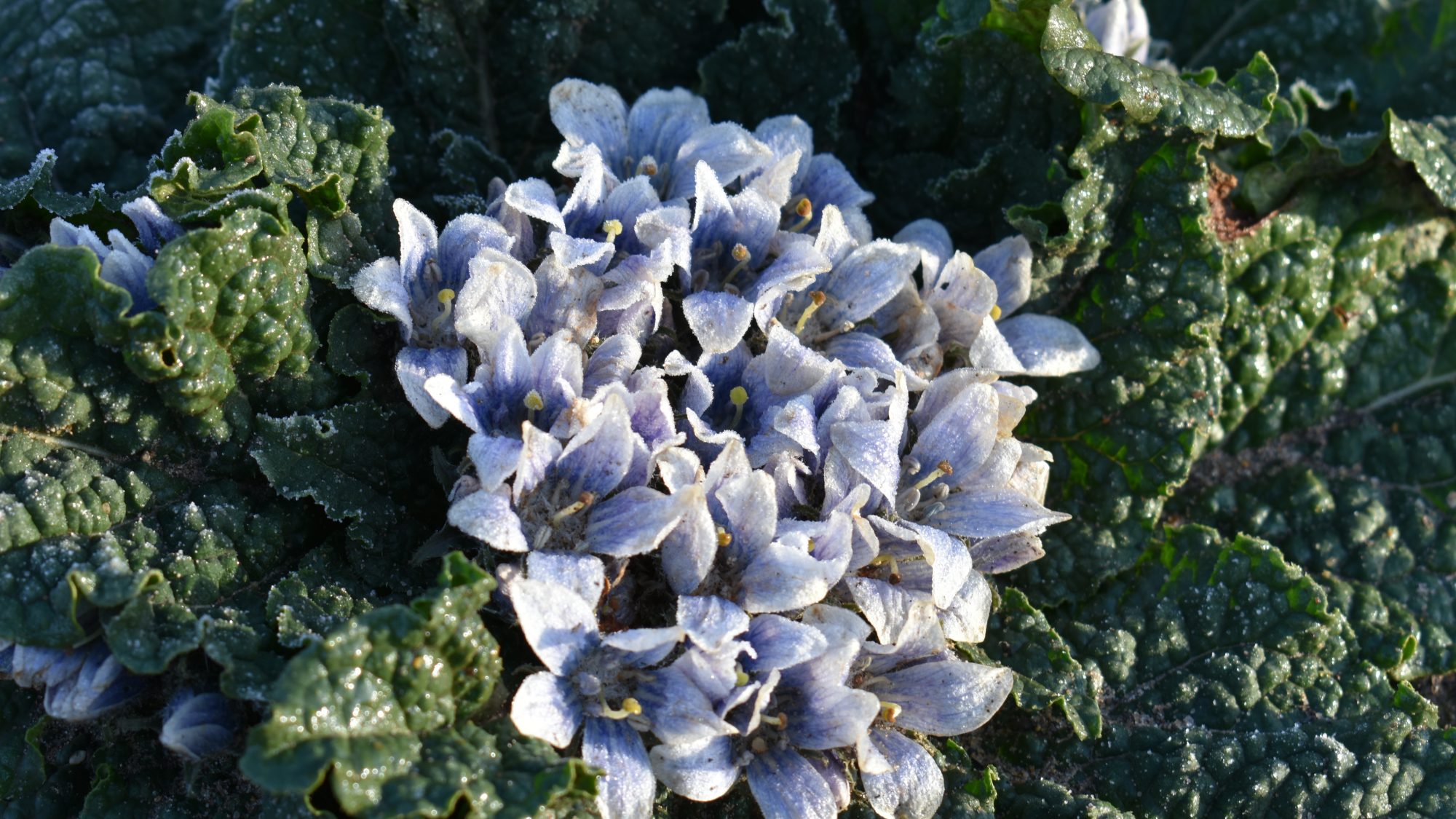 This member of the nightshade family (Solanaceae) can be found on the Systematic Beds.

Mandragora autumnalis, or mandrake, is perhaps more widely regarded for the stories and legends surrounding it, rather than for its floral and horticultural merits. One of only three species occurring from the Mediterranean to the Himalaya, M. autumnalis is a native of southern Europe, where it grows in open, sunny sites with low winter rainfall. It has a large basal rosette from the centre of which emerge clusters of erect, bell-shaped violet or white flowers in autumn and winter, and which have the five petals and five stamens typical of members of the nightshade family. These reach only 15cm in height, and may be followed in spring by ellipsoid orange or yellow fruits. It has a long tuberous tap root, which was believed to resemble the human form, hence the common name mandrake, and legend states that carrying the root of the mandrake brought good luck. Myth also suggests that the plant will scream if pulled from the ground, requiring extraction by dogs, and deafening human onlookers. This species is alkaloid-rich, and it has been used medicinally as an anaesthetic, but the plant is also known for its powerful hallucinogenic properties.