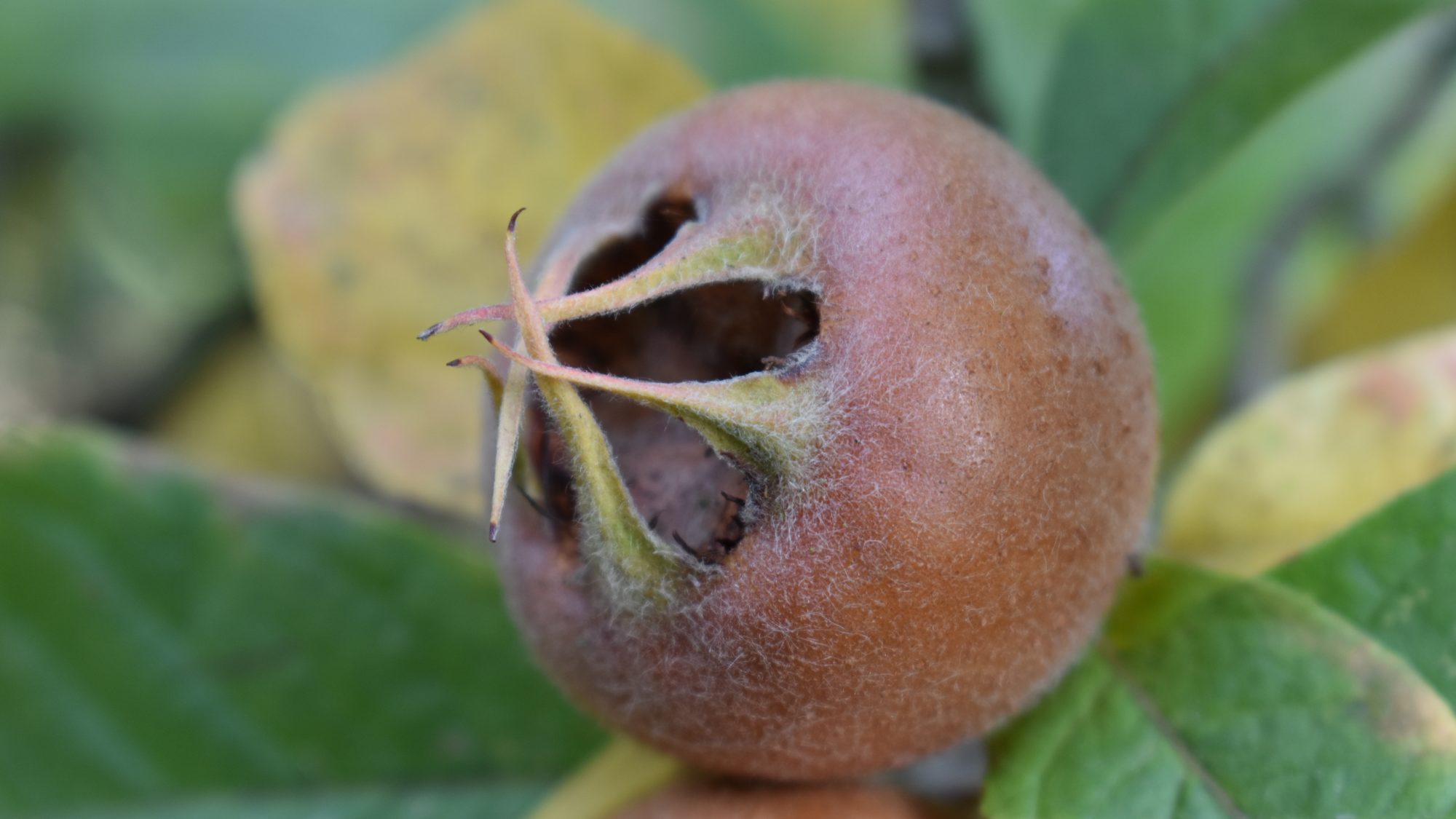 Growing along the East Walk this small tree is full of distinct fruits.

A member of the rose family (Rosaceae), Mespilus germanica, or medlar, is one of arguably two species within the genus Mespilus, the other being the recently described American M. canescens. M. germanica is a woodland species native to south-eastern Europe, Turkey and the Caucasus, and although it grows in most soils except poorly drained and chalky soils, it thrives in deep, fertile soils in a warm sheltered position. Although not a native of the British Isles it has been cultivated here since its introduction by the Romans who grew it for its fruits, or medlars. These resemble small apples, and have five persistent and obvious calyces, which give rise to the French name of cul de chien, or dog’s bottom. These are extremely tart when raw, requiring ‘bletting’, or storing to an exact point of decay, or exposing to frost, to produce a caramelised apple flavour, before being made into a jelly. Solitary, five-petalled flowers are produced on short stalks in May and June.