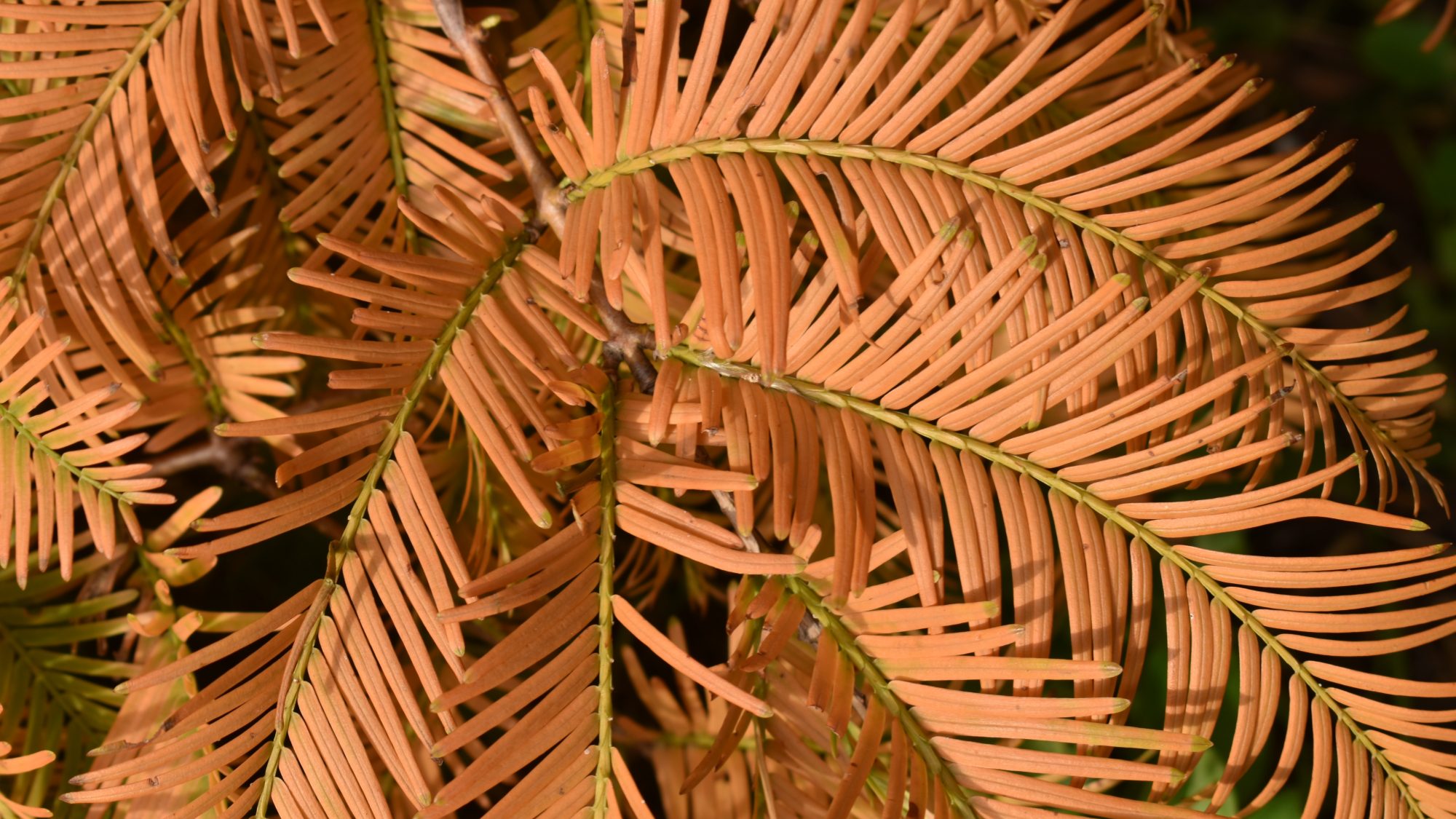 The Garden has a number of dawn redwoods, including this specimen at the eastern end of the Garden.

Displaying its autumnal cloak of russet foliage, Metasequoia glyptostroboides (or dawn redwood) is the only species within the genus Metasequoia. Known only from fossil records until 1941, this tree was first discovered growing in Sichuan, China in the same year. Seed was later collected for distribution by the Arnold Arboretum, though some reputedly arrived here at the Cambridge University Botanic garden prior to it officially being distributed by the Arnold Arboretum. Today it is still only known to have a limited wild population, and is listed as endangered in the wild by the International Union for the Conservation of Nature (IUCN), although it is widely cultivated as a specimen for gardens and streets throughout the world. Reaching 35m in height it is an impressive, columnar tree with fissured bark and deciduous leaves. A member of the coniferous Cupressaceae (Cupressus family), it carries its leave, buds and branches in opposite pairs.