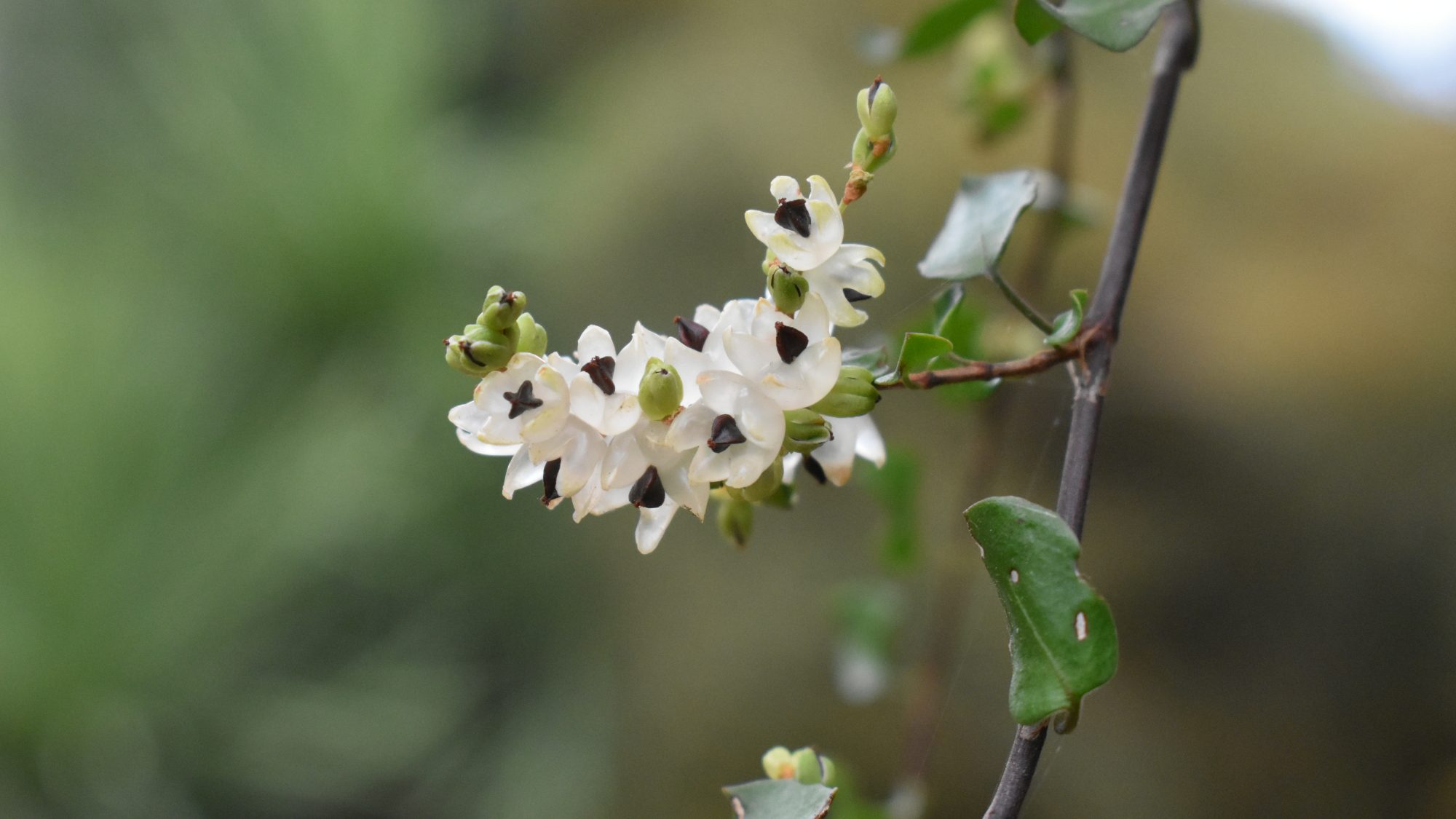 This unusual species can be found scrambling through the Terrace Garden.

A New Zealand native this species takes its generic name from the nineteenth century French botanist Muehlenbeck, and its specific name from the Latin complexa, meaning tangled – a highly suitable name for a species which produces a tangled mass of twining stems. One of 20 species of deciduous or evergreen shrubs from New Guinea, Australia, New Zealand and South America, Muehlenbeckia complexa originates from New Zealand, where it is known as the pohuehue plant, though it also has the common names of maidenhair vine or wire plant. Reaching up to 4.5m in height it is a fast-growing species which can spread by layering, and which will readily scramble through neighbouring plantings and supports, The dark stems are wiry in appearance, and bear small evergreen leaves. A dioecious species i.e. having either male or female plants, it produces small, star-shaped, green-white flowers in terminal and axillary spikes in summer. Female plants will develop fruits with a waxy white outer whose perianth develops to produce a shiny black nut as can be seen here. In New Zealand this species is used for stabilising disturbed ground such as forest edges or sand dunes, but is also valued for increasing insect diversity.